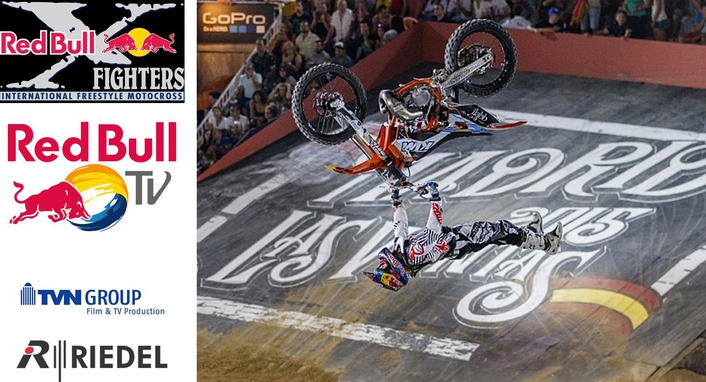 The fiber-based Riedel Artist digital intercom system provides a decentralized infrastructure for live audio and intercom applications, in turn allowing the Red Bull X-Fighters' production team to establish and maintain complete coverage with distances of up to 500 meters between two nodes. In Las Ventas, the Riedel Artist digital intercom system ensured that the entire production staff, as well as security, medical, and technical operations, were in constant contact via 80 Motorola DP4400 radios. Riedel's Performer Digital Partyline system was also used to ensure high-quality and secure communications for the judges and scorers.

Fans unable to attend the competition in Las Ventas were able to watch the event live on numerous TV stations around the world, on Red Bull TV, or on the big screens of Callao City Lights in the heart of Madrid. Production of these signals, and the images that were shown on giant LED screens installed on site, were provided by German OB provider TVN. The MediorNet fiber network deployed on site by Riedel staff was used not only for transport of video signals to the LED screens in the arena but also to receive video from a CableCam that "flew" over the ring and a Steadicam that collected images on the ground. 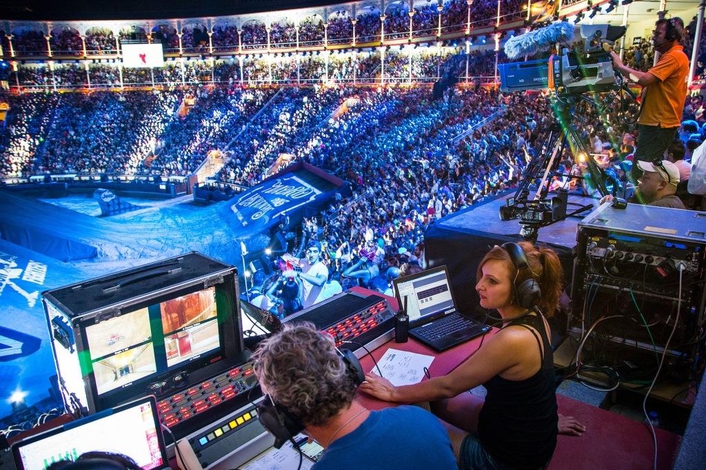 "Since its inception in 2001, Red Bull has depended upon Riedel technology to ensure the highest quality in communications and signal distribution," said Bernhard Brandner, head of technical services at Riedel Communications Austria. "The competition in Las Ventas was as phenomenal as ever, and we're proud that our Artist and MediorNet systems helped to make the event another raging success for the Red Bull X-Fighters team." 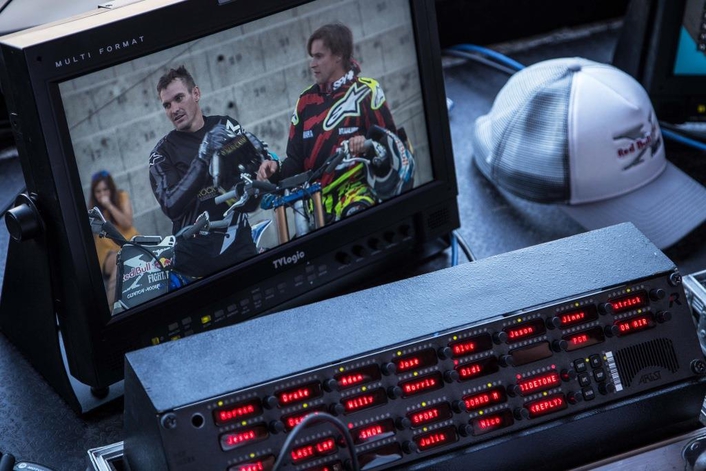