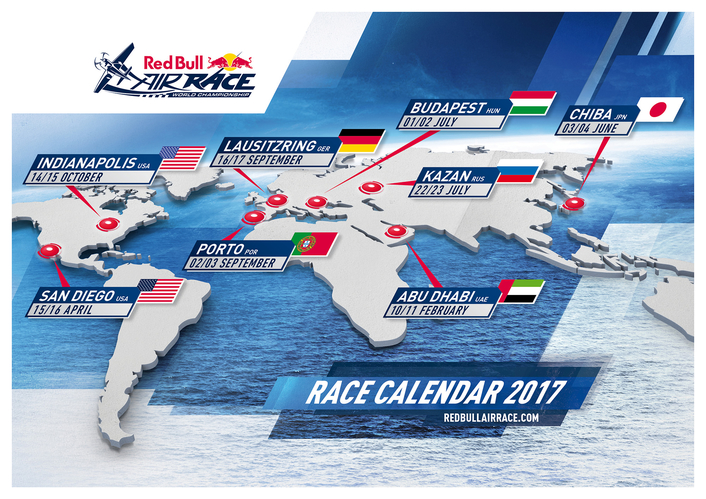 Eight global races in the 10th season of the official World Championship include stops at Porto and the Lausitzring.

After weeks of anticipation, locations for two key stops that will round out the 2017 Red Bull Air Race calendar have been announced; and while both are in Europe, they’ll test the skills of the World Championship pilots in distinctly different ways. On 2-3 September, the raceplanes will take off at the classic Air Racing destination of Porto, Portugal for the first time since 2009. Then, just two weeks later on 16-17 September, it’s a return to the motorsport hub of Germany’s Lausitzring.

Set against the backdrop of Porto’s ancient architecture, the city’s Red Bull Air Race debut in 2007 drew thousands of spectators to the sun-drenched beaches. The 2017 stop will mark the final racetrack over water this season, and the trajectory over the River Douro is likely to be twisting and tricky. While current pilots Kirby Chambliss of the USA and Matt Hall of Australia have captured podium spots in Porto (2008 and 2009, respectively), neither they nor any of the other 2017 contenders has ever clinched a win in Portugal’s second-largest city.

Following Porto, tension will be high as the 25-meter Air Gates rise on the infield of the Lausitzring. For the second season in a row, the 370-kmh showdown at the oval will be the last in European skies before the World Championship accelerates to its climax in the USA. In 2016, the Australian Hall edged out Germany’s own Matthias Dolderer for the race. While the German went on to secure the World Championship, he’s now more keen than ever to claim a home triumph as he strives to defend his title. The stop at the speedway that hosts the DTM (German Touring Car Championship) and Superbike World Championship is also a homecoming for reigning Challenger Cup winner Florian Bergér, who won there last year.

The 2017 Red Bull Air Race season kicked off in Abu Dhabi, UAE on 10-11 February, where Czech pilot Martin Šonka earned his first race win to take the early-season lead in the standings. 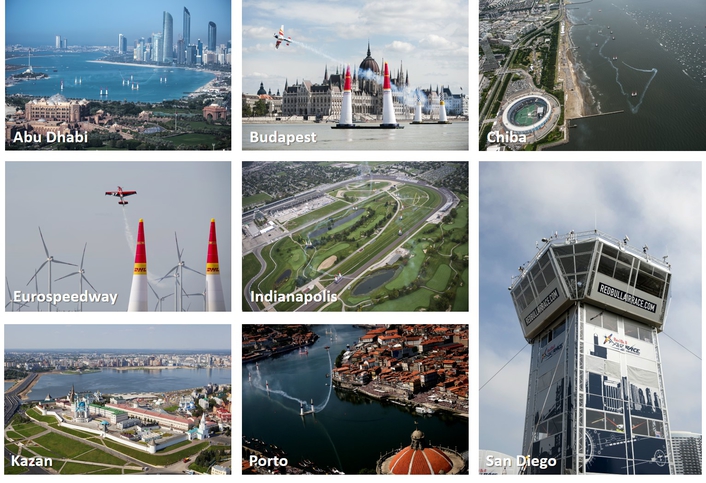 Created in 2003, the Red Bull Air Race World Championship will celebrate its landmark 75th race at the 2017 season opener in Abu Dhabi. The Red Bull Air Race World Championship features the world’s best race pilots in a pure motorsport competition that combines speed, precision and skill. Using the fastest, most agile, lightweight racing planes, pilots hit speeds of 370kmh while enduring forces of up to 10G as they navigate a low-level slalom track marked by 25-meter-high, air-filled pylons. In 2014, the Challenger Cup was conceived to help the next generation of pilots develop the skills needed for potential advancement to the Master Class that vies for the World Championship.