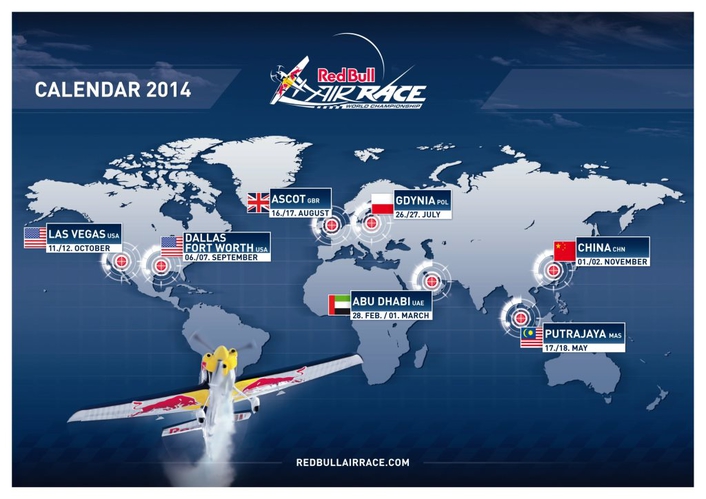 “We’re delighted to announce that the new Red Bull Air Race World Championship will be launched on February 28th in Abu Dhabi (UAE),” said Erich Wolf, CEO Red Bull Air Race GmbH. “We’ve all worked very hard over the last three years fine-tuning some of the safety aspects and bring the sport to a new level. We never took our eye off the target and neither have these fantastic pilots or the great fans around the world. Their interest in the sport remained unbelievably high during these past few years. We can’t wait to get back in the air in February 2014.”

The series will be back with the defending World Champion in the 12-pilot field after it took a three-year break to improve safety and reorganize. There will be a number of technical improvements, including standard engines and propellers for all pilots, changes to the lightweight nylon pylon material to make them even easier to burst apart if they are clipped by plane wings and raising the height of the pylons that the pilots pass through from 20 to 25 meters. The modus and rules have also been tightened, for example to prevent any pilots from exceeding the set limits. Another safety feature and also a sporting highlight is the new Challengers Cup competition that will be introduced in 2014. It will give new pilots who qualify for that stepping-stone competition valuable experience racing in the tracks on certain Red Bull Air Race stops. They will also participate in several training camps during the season. 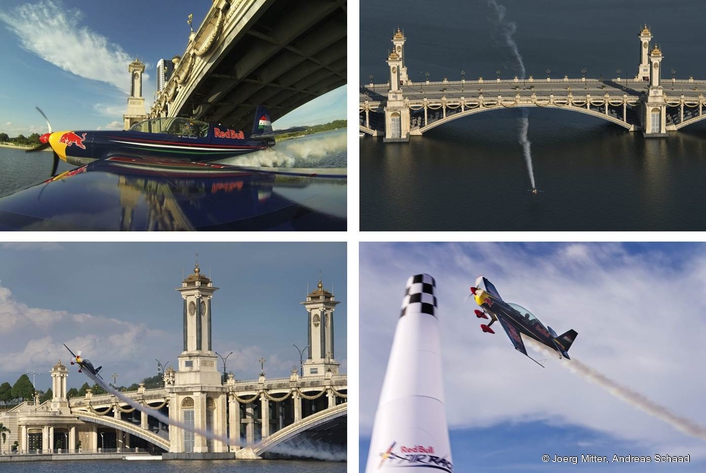 “I am very pleased to see the Red Bull Air Race comes back as it is truly an event that gives worldwide exposure to air sports. The improvements made to the race format and race track by the Red Bull Air Race Management are convincing and will no doubt add extra attractiveness to the event,” said FAI President Dr. John Grubbström.

Reigning champion Paul Bonhomme of Britain, who won the last two world championships in 2009 and 2010, will be looking for an unprecedented third straight title in 2014. But he will be up against 2008 champion Hannes Arch of Austria and American Kirby Chambliss, who won the world title in 2004 and 2006. The other pilots in the field include Nigel Lamb (GBR), Matt Hall (AUS), Peter Besenyei (HUN), Nicolas Ivanoff (FRA), Michael Goulian (USA), Matthias Dolderer (GER), Yoshi Muroya (JPN), Pete McLeod (CAN) and Martin Sonka (CZE).

“I’ve missed the flying at the Red Bull Air Race because the competitive racing is just fantastic,” said Peter Besenyei (HUN), one of the pilots who is with the Red Bull Air Race since its very first start. And Besenyei showed how much he missed racing during a stunning display flight on the fringe of the news conference. 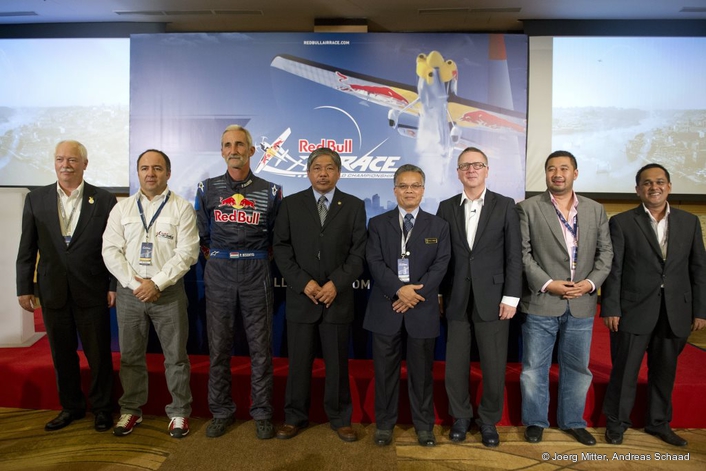 In the sport created in 2003 and watched by millions of fans at 50 races until being suspended from 2011, the competitors race in high-performance airplanes between 15 and 25 meters above the ground and navigate a challenging obstacle course of Air Gate pylons at speeds of up to 370 kph."

THE RED BULL AIR RACE WORLD CHAMPIONSHIP
The Red Bull Air Race World Championship features the world’s best race pilots in a pure motor-sport competition that combines speed, precision and skill. Using the fastest, most agile and lightweight racing planes, pilots navigate a low-level aerial track made up of air-filled pylons 25 meters high. There are several rules and safety changes compared to the last race three years ago, but one thing remains the same: The Red Bull Air Race is the most thrilling motor sports competition in the sky.