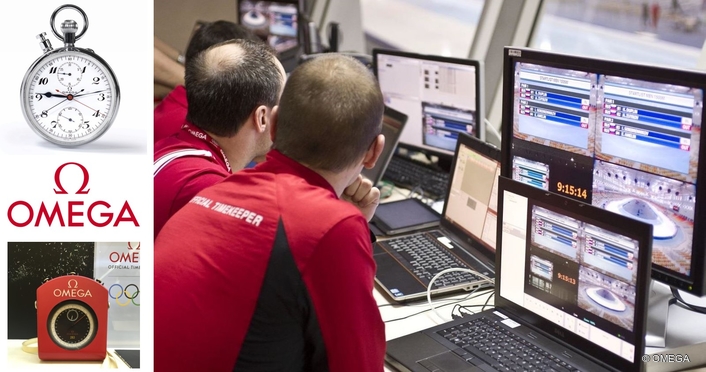 When the world's best winter athletes compete for victory at PyeongChang 2018, OMEGA will once again serve as Official Timekeeper, measuring every glorious moment - and recording every dream - for the 28th time in Olympic Games history.

OMEGA’s up-to-date technology that tracks every movement and time of players on the ice and in the snow will be premiered at the upcoming PyeongChang Winter Olympics. Motion sensors will be attached to athletes' uniforms and equipment during the Feb. 9-25 Olympics and will collect their instant speed, distances, movements and angles. This date will be directly sent live to the host broadcaster OBS and to TV stations which have booked the appropriate rights.

The device will be equipped on the boots of skiers, the sleds of bobsleigh athletes, skies of ski jumpers and free style skiers, boards of snow boarders and uniforms of ice hockey players. "The motion sensor system is a brand-new technology to be presented at the PyeongChang Winter Games," Omega said. "This information will mean that people in the venues, as well as those at home watching on television, can have a far greater understanding of each sport as it happens." 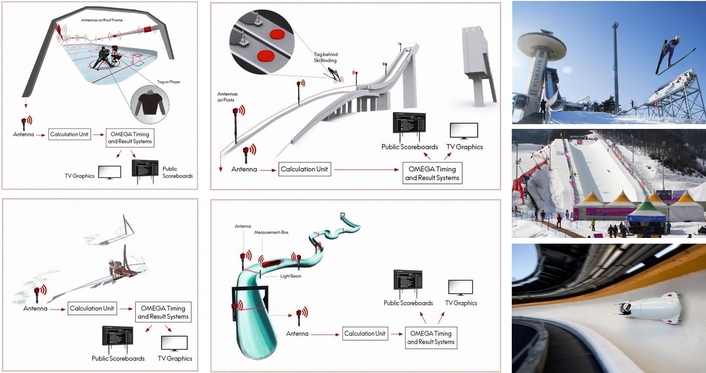 On TV, viewers can see how fast alpine skiers race down the hill, and how high and fast ski jumpers take off, while sensors inside each bobsleigh will also measure the live speed, angles, trajectory and acceleration on the track, helping viewers and even the team members to learn where they gain or lose time.

In ice hockey, TV viewers can watch each player's movements and the team's strategic patterns on offense and defence. "Omega's ice hockey analytical tool will provide an exciting visual representation of what is happening on the ice," OMEGA said. "Live in play, as well as during replays and game analysis, it can highlight players and the puck, track athlete and puck movement, show the speed of individual athletes, show time on ice, measure distances between players and display team formations."

To keep pace with the fastest, human-powered, non-mechanical-aided sport in the world, OMEGA's timekeepers are bringing an arsenal of high-tech equipment to the ice, including an electronic starting gun, lap counter, and in some events – information transmitting 'transponders' worn on the ankles of competitors. 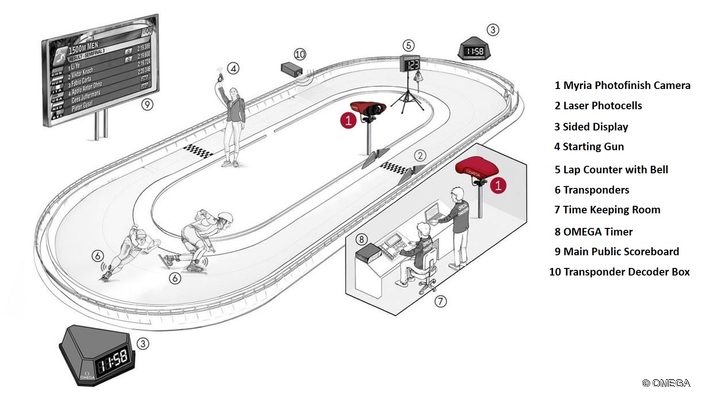 Despite the 'blink and you'll miss it' pace of alpine skiing, OMEGA's timekeepers never lose sight of a competitor's performance, even as they speed down the course. "Snowgate" starting gates, infrared photocells and back-up Myria cameras recording 10.000 digital images per second, track every dramatic downhill moment, from start to finish. 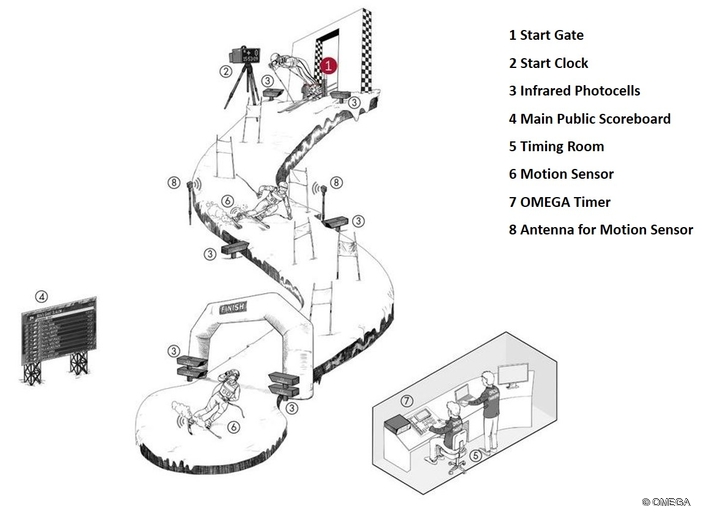 OMEGA's Ice Hockey tech gets among the players

Ice Hockey is fast and often furious, but OMEGA’s timing and scoring system instantly relays all the necessary information and live time from each game to the scoreboards and beyond. Officials on the ice are fitted with OMEGA’s Whistle Detection System, and motion sensors - attached to the backs of players – provide essential in-game data. 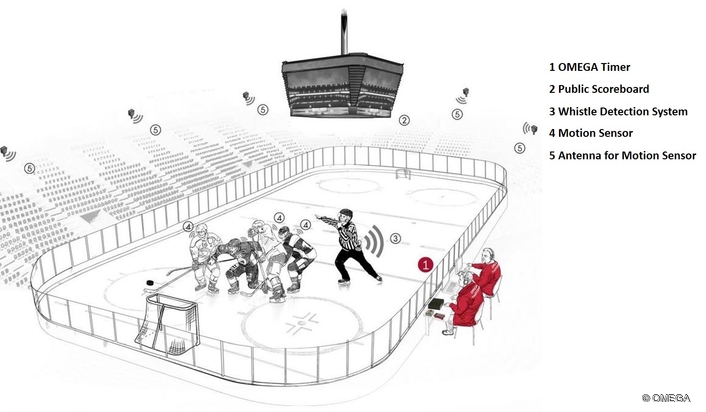 This new Olympic Games sport involves competitors performing tricks after launching off very large jumps. To keep the thrills on high spin, each Judge’s Keypad is linked to OMEGA’s Timing and Scoring Room, allowing instant transmission of results to athletes and spectators. OMEGA will also attach motion sensors to the boots of the athletes to capture Big Air stats mid-flight. 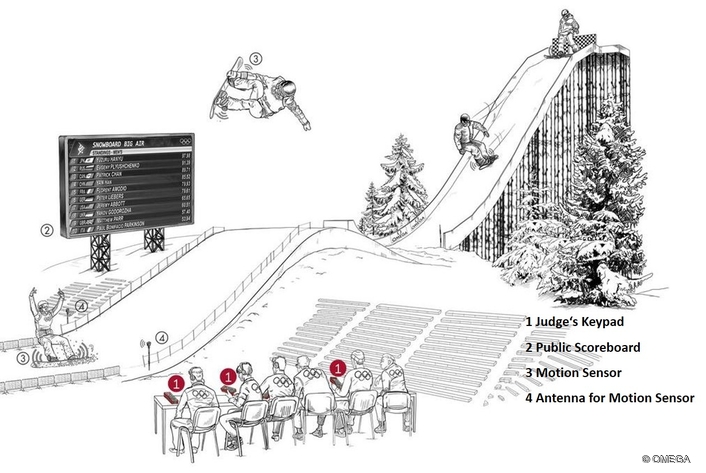