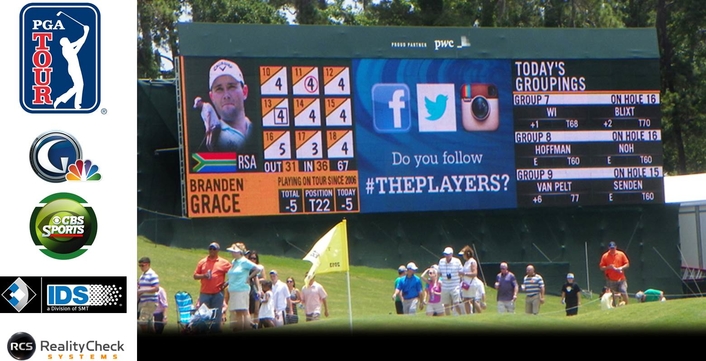 Spotlight on Golf Channel
As the 2014 PGA season approached, Golf Channel enlisted RCS to execute a digital makeover for its ongoing "Spotlight" coverage during tournaments. To engage the network's fan-base, RCS built an innovative solution using custom scripts, which interface with player data culled from multiple sources, to display real-time stats during broadcasts. The solution comprised a reverse-L on-screen graphic featuring player stats and updates, including Trackman technology that gauges players' driving stats and Pro-Tracer, which keys in on the ball's flight on-screen. Designed to run on RCS' Bullet hardware/software mobile graphics system, the application gives viewers an in-depth look at each player’s stats as well as an overview of course challenges, and will be leveraged for future Golf Channel broadcasts. 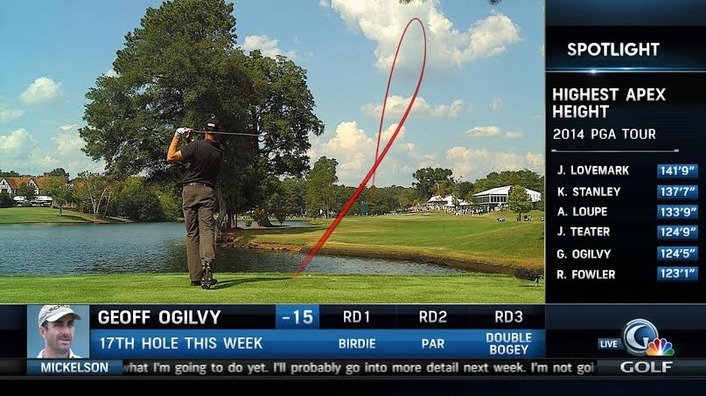 “One of our most ambitious ventures yet, this was the first time a network in the US had done anything like this for golf. We wanted to dive deep into each event to really engage our fans and deliver an enhanced experience, and RCS devised an easy way for us to do that through a combination of advanced stats and compelling graphics,” said David Piccolo, VP, Creative Director, Golf Channel. “RCS guided us every step of the way from the initial concept through to design and beyond; it was a very collaborative experience.”

CBS Sports’ Golf Receives New Look
Bringing a new level of detail to CBS Sports' golf broadcasts, RCS also implemented a customized wind tracker solution to accurately visualize the speed and direction of wind in real-time. Running on proprietary software developed by RCS, the application collects data from Maretron outdoor weather stations placed throughout each course and when prompted, automatically populates graphics on screen to illustrate the wind’s strength and impact on player shots. Having originally debuted at the 2014 AT&T Pebble Beach National Pro-AM broadcast, the technology will be leveraged by CBS Sports for the remainder of the season. 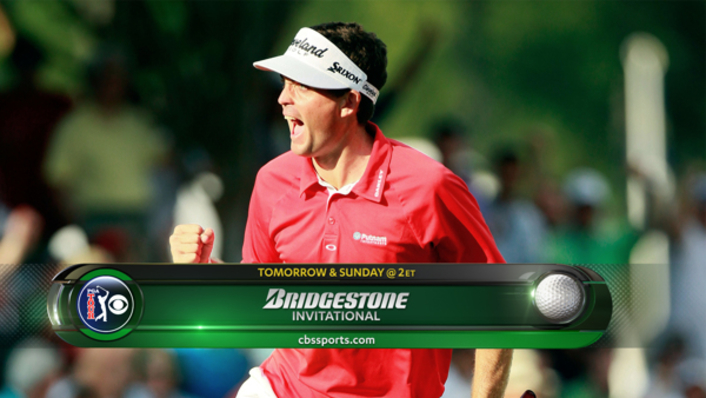 RCS also collaborated with longtime partners Cake Studios and Hammerhead Graphics to design, build and animate more than 200 graphical elements for the first complete rebrand of CBS Sports’ Golf graphics package since 2006. Unveiled at the 2014 Farmers Insurance Open, the graphics will air across 22 different broadcasts this season.