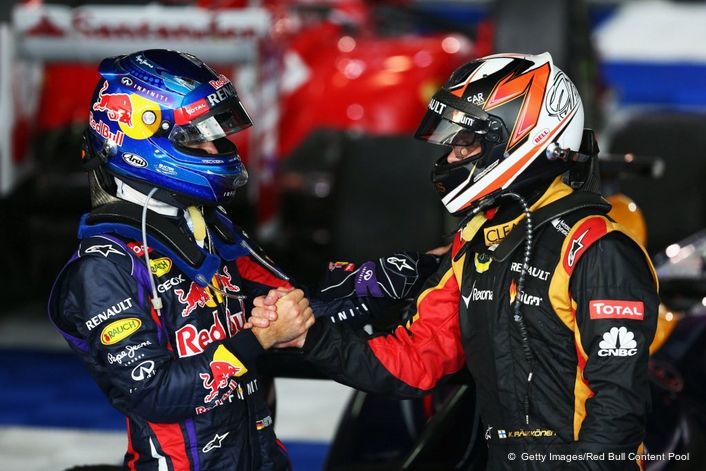 Vettel congratulates Raikkonen
Kimi Raikkonen put himself on top Down Under with an emphatic and unexpected victory for Lotus in the 2013 Formula 1 Rolex Australian Grand Prix on Sunday. Fernando Alonso came in second, Sebastian Vettel third.

After qualifying everybody had expected Red Bull domination, but that didn't go well right from the start. Sebastian Vettel led confidently, but Mark Webber immediately fell from second to seventh as the Ferraris of Felipe Massa and Fernando Alonso exploded into second and third places ahead of the Mercedes of Lewis Hamilton and Nico Rosberg which sandwiched Raikkonen’s Lotus.

The Finn soon disposed of the silver arrows, and began his chase of the three breakaway leaders. 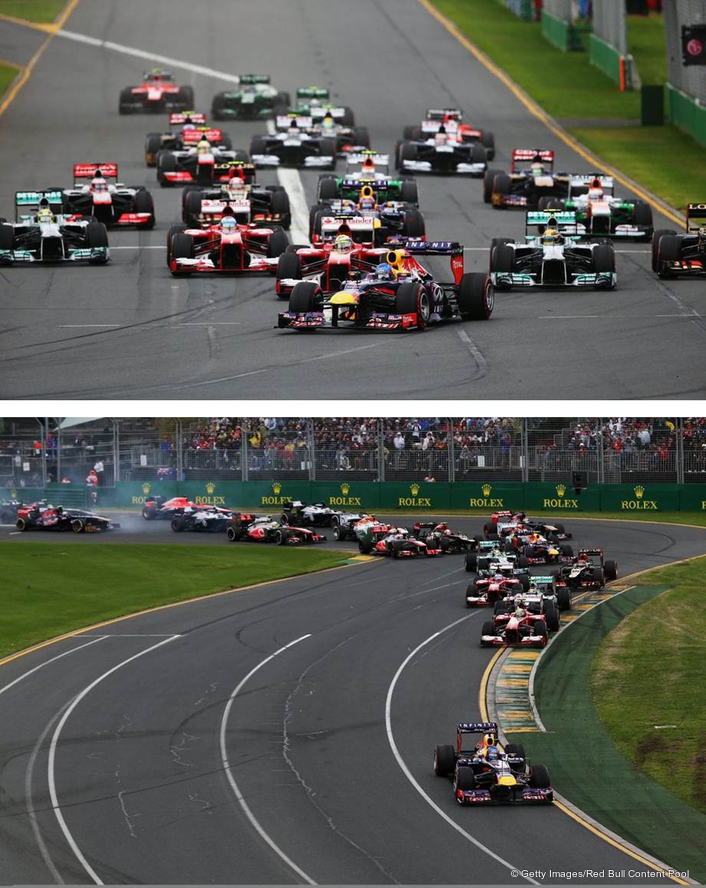 Car 1 SEBASTIAN VETTEL, Finish Position: 3rd, Start Position: POLE POSITION
“I think you’re always a little disappointed when you start first and don’t finish first, but overall it was a good weekend for us. We had a good day today with a pole and a podium – but in the race we were a little too aggressive with the tyres and lost the front and the rears, while others did a little better. There are always areas where you can improve, but the result we got today is fair. We didn’t see Kimi on the track, he was too quick and Fernando jumped us at a vulnerable time – but we can be happy with third.” 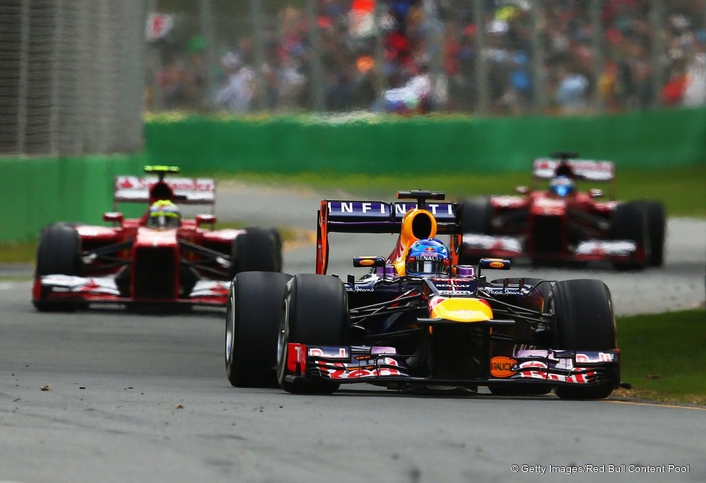 Car 2 MARK WEBBER, Finish Position: 6th, Start Position: 2nd
“We had a few issues on the grid, getting the telemetry from the car to the pits, which wasn’t ideal in terms of the guys knowing where to set everything up for the start. We lost KERS also for the first part of the race. It looked like we were quite heavy on the first set of tyres and we weren’t that quick to challenge for the win as a team today. We had a slow pit stop (which was due to a front jack failure), which put me behind Jenson. We salvaged something in the end, but that was Melbourne today and it was disappointing not to get more out of it. It was hard to fight against others on a two-stop.”

CHRISTIAN HORNER, Red Bull Team Principal:
“Starting from the front row, third and sixth obviously wasn’t the result we were targeting, but all things considered with the way that the race panned out, I think it was the optimum we could achieve. Lotus seemed very light on its tyres, with Kimi being able to make a two-stop race really work for him. I think in the cooler conditions today we weren’t in the optimum window with these tyres, but nonetheless it was a very positive start to the Championship with a podium finish and a sixth place. Mark made a good recovery after a difficult start and an ECU related KERS issue in the first part of the race. We managed to reset the system and his recovery was strong from then on. We leave this race knowing we’ve got a good car and we’re looking forward to warmer temperatures in Malaysia next week.” 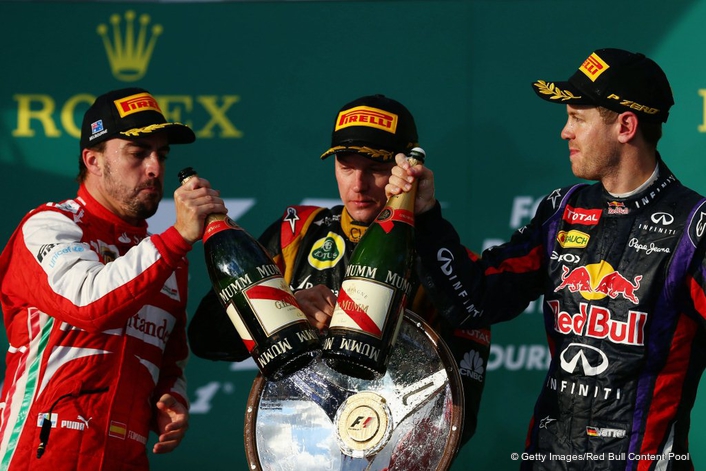 THIERRY SALVI, Renault:
“It was quite a smooth race from our point of view, because we were relying on tyre behavior. Engine-wise we didn’t have any major concerns – it was quite cold, which makes it easy for the engine. Our main job was focused on the fuel consumption, which we have to manage, but it all went fine. There was a podium for us which is a good start to the season and we look forward to the next race.”