.
Holders Spain will return to Ukraine, site of their 2012 European title success, in their attempt to reach UEFA EURO 2016 and become the first nation to win the tournament three times in a row.

FULL FIXTURE LIST
The qualifying draw at Nice's Palais des Congrès Acropolis matched La Roja – who followed up their 2008 triumph with victory in Poland and Ukraine two years ago – with Slovakia, Belarus, the Former Yugoslav Republic of Macedonia and Luxembourg in Group C. Runners-up in the 2012 Kyiv showpiece, Italy are in Group H and will play two of the teams they met en route to the 2014 FIFA World Cup, Bulgaria and Malta, plus Azerbaijan, Croatia and Norway. 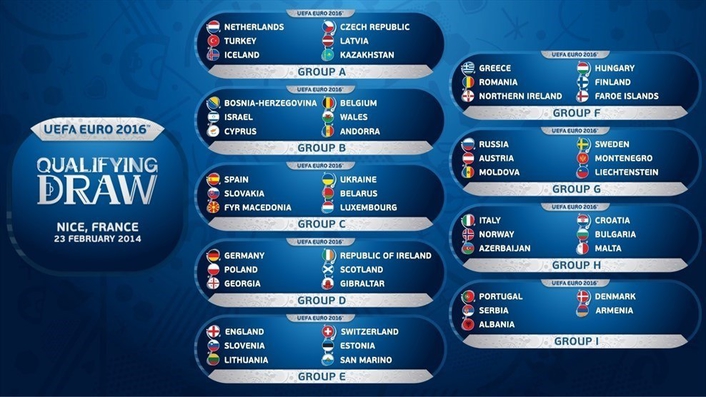 Spain will revisit Ukraine, where they stylishly won their third continental title in 2012, after learning their fate at the UEF

Germany – like Spain three-time winners of the competition – are in Group D alongside the Republic of Ireland, Poland, Scotland, Georgia and Gibraltar, preparing to embark on their maiden qualifying campaign.

Bosnia and Herzegovina − who have qualified for Brazil 2014, their first major tournament − were the only team in pot one not involved at UEFA EURO 2012 and if they are to be present at their maiden continental finals they must negotiate a section comprising Belgium, Israel, Wales, Cyprus, and Andorra. 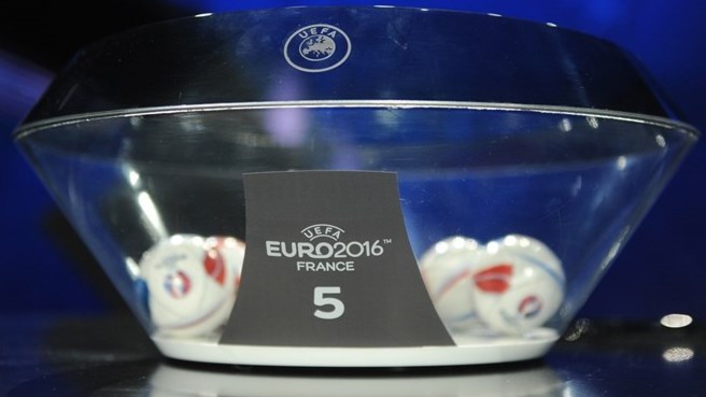 The European Qualifiers are made up of eight groups of six teams and one of five, who contest home and away fixtures. The nine section winners, the nine runners-up and the best third-placed side will qualify directly for the final tournament. The eight remaining third-placed countries will contest play-offs to determine the last four qualifiers for the 24-nation finals.

For the first time, qualifying takes place under the new Week of Football concept, in which games are played from Thursday to Tuesday. France are assured of their place in the final tournament, but will play centralised friendlies in accordance with the Week of Football schedule against those in the five-team qualifying pool: Portugal, Denmark, Serbia, Armenia and Albania.