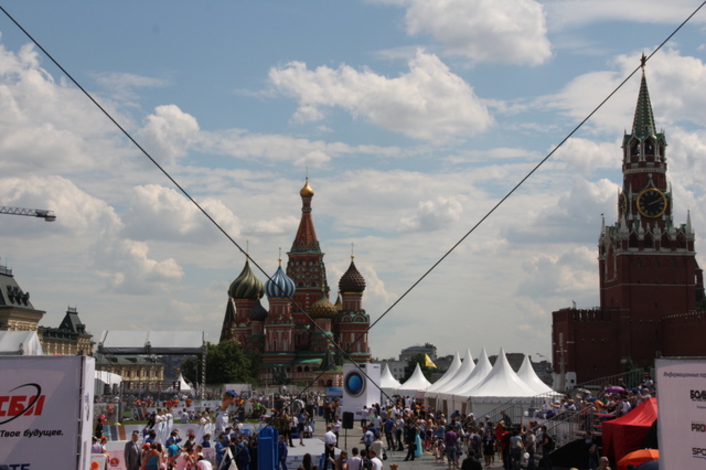 This year, 16 teams are participating from all over Europe and the USA, and the temporary streetball area on Red Square allowed any member of the public to try their baller skills and get involved too. 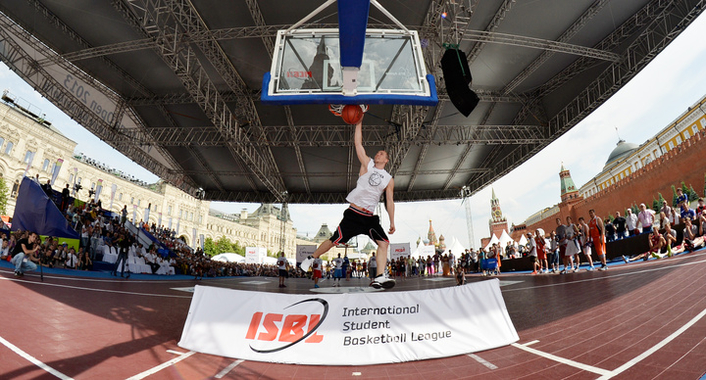 Comprising two arrays each of three KLA12 elements and two KLA181 subwoofers, the QSC line array was flown from a temporary roof erected over an open-air basketball court on the North side of Red Square from May 30th to June 2nd. Alexander Soloviev, Commercial Director at MixArt, explains: "We realised that the roof over the temporary basketball court would enable us to suspend the loudspeaker system. A QSC KLA Active system was the obvious choice." QSC K10 Active loudspeakers were used as additional stage wedges for the opening and closing ceremonies, during announcements and also for the daily rapping and beatboxing contests that took place throughout the festival. Extra two-ton cables were attached to the roof to ensure that the line arrays would remain in position even if struck by flying basketballs.

Closer up during the ISBL game, with the Kremlin's Spasskaya Tower behind

The company charged with supplying the PA systems on Red Square used for the festival was Moscow Events (known in Russian as Avenda Zvuka), who have been using QSC loudspeaker systems for some time. Moscow Events owner Vladimir Filippov comments: “From 2008, we were pioneers in Russia for using mid-size powered line-array speakers. Some months ago, we added QSC KLA, KW and K Series Actives to our inventory, and I must say that our technicians and sound engineers like them the most. The systems are cost-effective, low in weight, easy to set up and break down, sound good and are very powerful — we’ve been really happy with them! Many top-level people in Russia have given their speeches using the QSC KLA line array system – for example our ex-President Dmitri Medvedev, and the Deputy Prime Minister of Russia, Sergey Ivanov.” 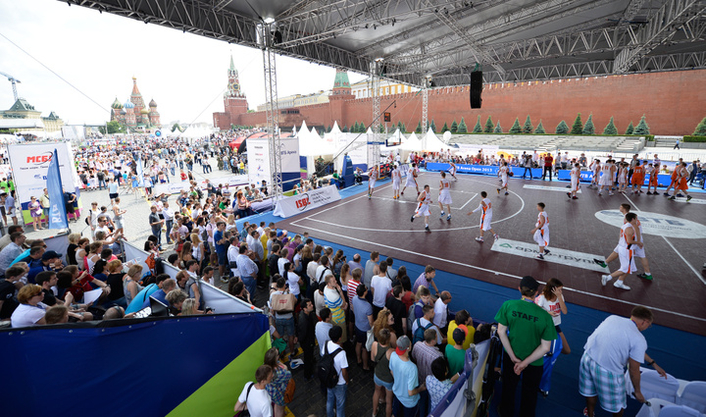 Avenda Zvuka plan to use the KLA system for on-going open-air public streetball games throughout the Moscow Open and the associated International Streetball World Championship, which take place in July.