Powerful Performance from Euro Media at the Paris Marathon 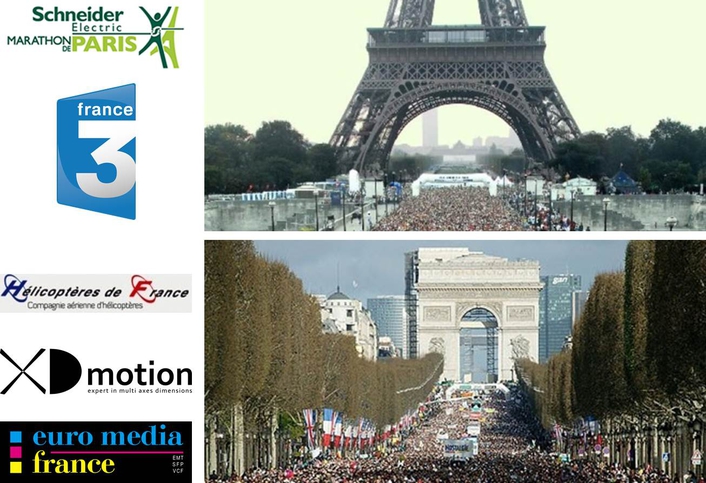 .
Organised by the ASO group (whose interests include l’Equipe newspaper and the TV channel l’Equipe 21), the Paris Marathon on 6 April was broadcast on France 3 and various other international TV channels. Although almost 50,000 participants registered for the event, the media’s attention was focused on the Ethiopian triple Olympic champion Kenenisa Bekele. At 31 years of age, the long-distance runner – who is the 5,000m and 10,000m world recordholder – was running his first marathon.

“Euro Media France was in charge of all the coverage and the broadcast of the Marathon. We were responsible for producing the France Télévisions signal as well as the international feed,” explains Samy Joffre, production manager for Euro Media.

Covering a 42,195km route is no easy feat. In total 72 technicians (including permanent staff and service providers) were on call for the 38th edition of the Paris Marathon held on 6 April. Christophe Baudoin produced the broadcast in the XL2 OB truck situated at the finish line on Avenue Foch. Nearby, the HF14 transmission unit handled the feeds, while at the finish line an OB unit belonging to the Spanish subsidiary S-TV managed the nearby cameras as well as the transmission of the wireless signals. Furthermore, a HF15 OB truck, stationed at the top of a hill in Meudon, received and relayed the video signals to prevent any grey areas.

Most of the cameras lining the course were Grass Valley LDK 8000 models. Depending on where they were placed on the course, they were either kitted out as heavy-duty studio cameras with large lenses or in lightweight mode. Three cameras were placed at the start line. 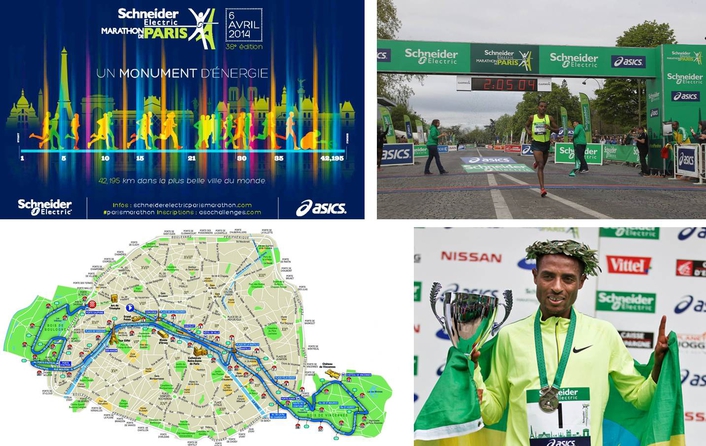 Just ahead of the lead runners, a XD motion-tracking vehicle equipped with a HD camera and its 22x zoom lens covered the front-view shots of the top runners. RF coverage also included three motorcycles to capture footage and two for sound. They were ‘covered’ by the HF14 OB unit.

“Taking into consideration the amount of area concerned, we planned quite a significant amount of aerial coverage. For the aerial images and shots of the monuments in Paris, we hired a helicopter from Hélicoptère de France. It was an AS 355 bi-turbine model, a prerequisite for overflying the capital city. Inside the helicopter the Papa Sierra services provider installed a Cineflex camera.

Two pressurised aeroplanes relayed the wireless transmissions. One was a Britten-Norman2 flying at an altitude of 9,000 feet and the other was a Beech King RE90 (belonging to Aerosotravia) that circled at a height of 23,000 feet,” says Joffre.