Polecam takes its place at the ‘Olympic Games: Behind the Screen’ exhibition

Polecam has taken its place at the ‘Olympic Games: Behind the Screen’ exhibition at the Olympic Museum in Lausanne, Switzerland. It is on display fitted out with the Polecam FishFace underwater system.

Polecam, the lightweight and portable carbon fibre crane system, has been used extensively for the broadcast coverage of many genres of sport, increasing the viewing experience and excitement by getting close-in action POV shots and moves that would not be possible by any other means.  This success has been facilitated by the low profile camera and remote pan and tilt head, which can deliver broadcast HD to the feed without blocking the view of spectators and not getting in the way of the participants. In addition, health and safety issues are minimal because of the lightweight boom, head and camera, unlike many other crane systems, and the fact that it can be rigged or derigged in times as low as 10 minutes allows it to change viewing positions even during an event. 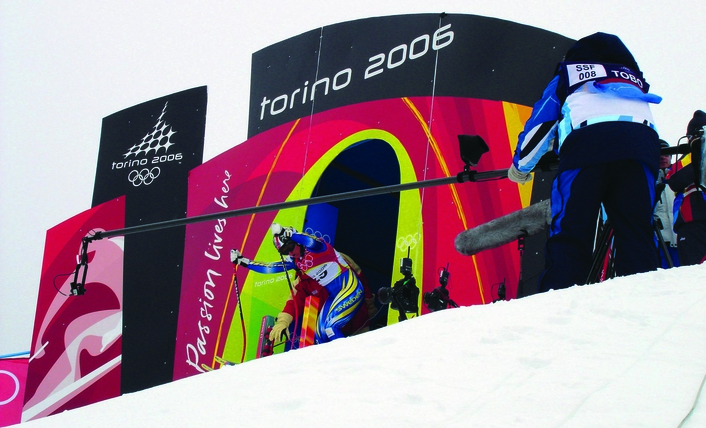 The Polecam FishFace system made its debut at the Sydney Games in 2000 with Camera Corps, broadcast equipment supplier to events worldwide. Steffan Hewitt, the designer of Polecam found a way to make the Polecam pan and tilt head waterproof so that he could mount the minicam in use at the time in a waterproof housing, enabling the Polecam to shoot above water then dive down beneath the water and continue shooting. This could be used to follow a diver on the way down, the entry to the water, the recovery below water, then up again as the diver exits the pool, all in one continuous shot.

For swimming it could be used to show the swimmer’s style from above and then below the water, and for an underwater view of the turn. More recently the FishFace system has progressed even further and can now include the ultra-motion camera, the Antelope PICO.
www.polecam.com/latest-news/679-fishface-pico-slow-motion-swimming

Matteo Tassi, Programme Manager for the Cultural & Educational Programmes Unit at the museum said “The exhibition is going very well and people are fascinated by the Polecam. The result are actually quite impressive. We have a small screen showing images taken by the Polecam, together with an animation movie showing how it works along with some technical details."

"The exhibition has been recently visited by a number of international museums and institutions who have expressed certain interest to have the exhibition after January 2016."

"Thanks to Polecam Systems and also to Vinten for their help in setting up this exhibition.”

The permanent and temporary exhibitions are designed to highlight aspects of Olympic culture and its relationship with the world around it. The themes are linked to sport and the Olympic Games, from a topical cultural angle. 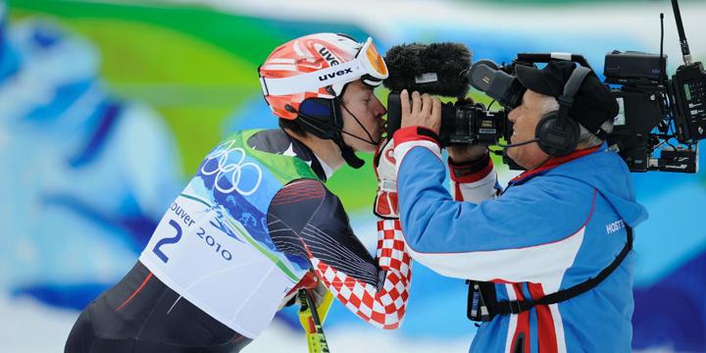 About Polecam:
Polecam’s attraction has always been a winning combination of portability, speed of rig/derig, which adds production value without hassle. Achieving rane shots where no other rig could go and getting right in to where the action is. Crane shots up a mountain! No problem. In a small location studio! No problem. On a small boat! No problem.
The company has continued to develop and refine Polecam, never standing still and today Polecam Systems offer a wide choice of ways to own a rig. The Polecam Starter Pack (PSP+) is an entry level platform with a maximum payload of 3.6kg and will comfortably accommodate all the leading manufacturers larger format cameras. Alternatively for those wishing to literally “just add a camera” then the Polecam Professional Pack (PPP) with either Long, Wide or Narrow head is ultimate camera crane system. Configured as 7th Heaven, the Polecam rig has an extended reach of 8m/26' and when fitted with a minicam, you can get right in close to where the action really is, giving a unique creative viewpoint to your productions.
There is a whole range of HD Minicams, other Specialised cameras, Remote heads, Remote Controls and Accessories, including underwater add-ons and Extreme Ultra Motion too.