.
Austria's Hannes Arch led Red Bull Air Race rivals Nicolas Ivanoff of France, Paul Bonhomme of Great Britain and Peter Besenyei of Hungary into the stormy skies over the Red Bull Ring in Spielberg, Austria for a Recon Flight for Sunday's Red Bull Air Race World Championship showdown. Arch, a native of Styria and the 2008 World Champion, is currently in second place in the championship standings – the most exciting battle in the history of the sport. Arch is hoping an enthusiastic home crowd can help propel him past current leader Nigel Lamb of Britain in the eighth and final race of the 2014 season.

Arch, who has won two of the seven races so far this year, led Ivanoff, the winner of the race in Fort Worth, Texas, current World Champion Paul Bonhomme, who is in third right behind Arch, and Besenyei for the Recon Flight with the bird's eye view of the newly renovated Red Bull Ring in Spielberg, in the Styrian mountains. 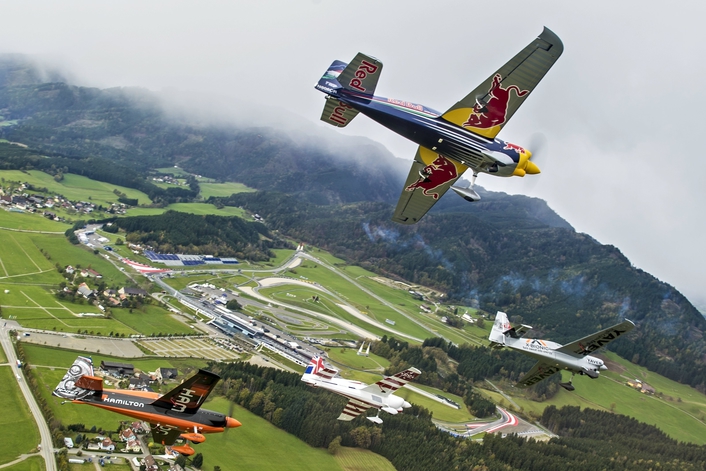 Despite heavy winds after the storm "Gonzalo" that gusted at speeds of up to 140 km/h across Styria and the Alps the night before, the four pilots racing in the world's fastest motorsport series put their high-performance planes through the paces in Spielberg and were looking forward to the improved weather in the forecast for the days ahead and the racing action that starts with training on Friday ahead of Saturday's Qualifying. 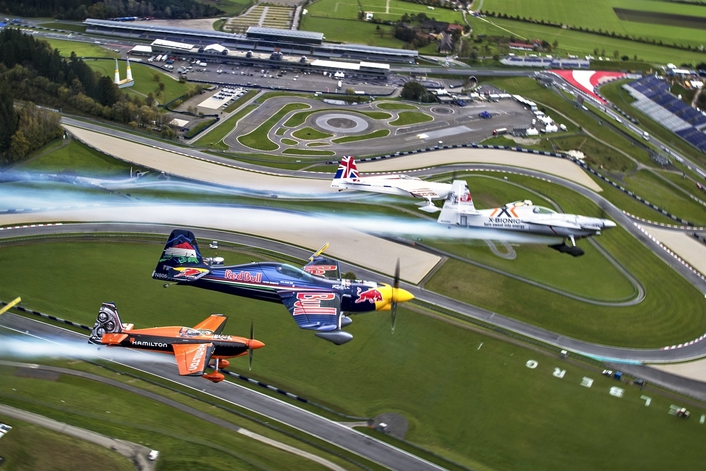 The Alpine racetrack at the Red Bull Ring is one of the most challenging ever. The elevation change within the lap is about 65 meters, rising from the start/finish line toward the turning manoeuvre and the chicane. Making the track even more difficult are the trees on the course that have to be navigated as well. 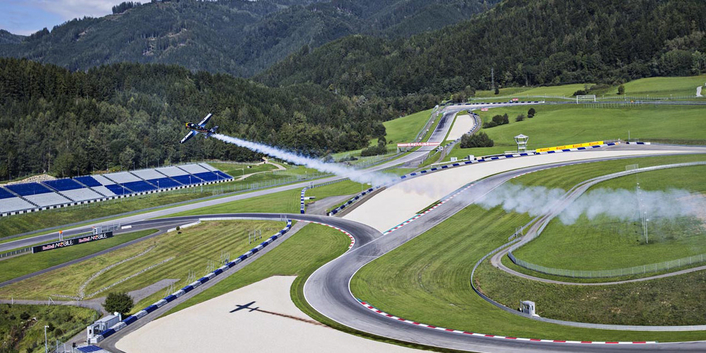