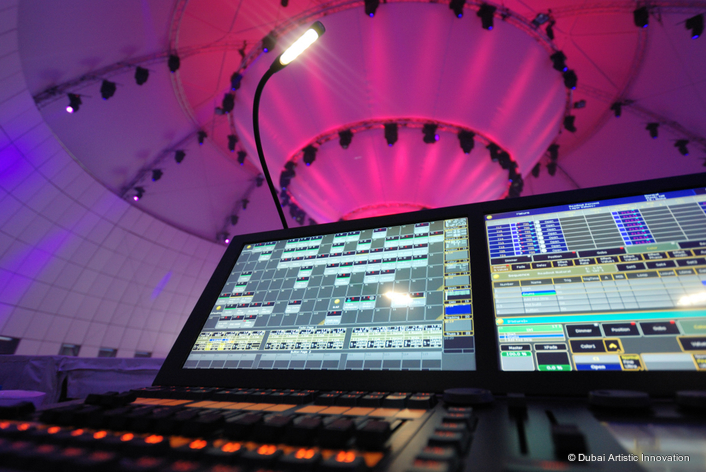 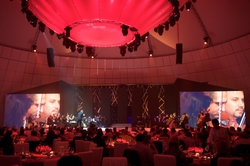 Mayar Abbas, Managing Director of Dubai Artistic Innovation, who delivered the lighting equipment together with InHouse Productions reported: “The grandMA2 was chosen as the Lighting Designer felt it was the best console for the job. The advanced programming functions were extremely useful, as well as the networking, allowing the grandMA2 light and grandMA onPC to become full tracking backup consoles.”
Said Abbas: “The design itself grew from the shape of the custom domed structure built specially for the event. Three circle trusses and a large number of side-arms were used to create positions for the lighting fixtures. Due to the height, the access to fixtures during the run-up to the show and the high likelihood of a large number of table and seating reconfigurations, the entire rig had to be intelligent to give the flexibility of being able to change things quickly.”
As Lighting Programmer worked Richard Lambert. 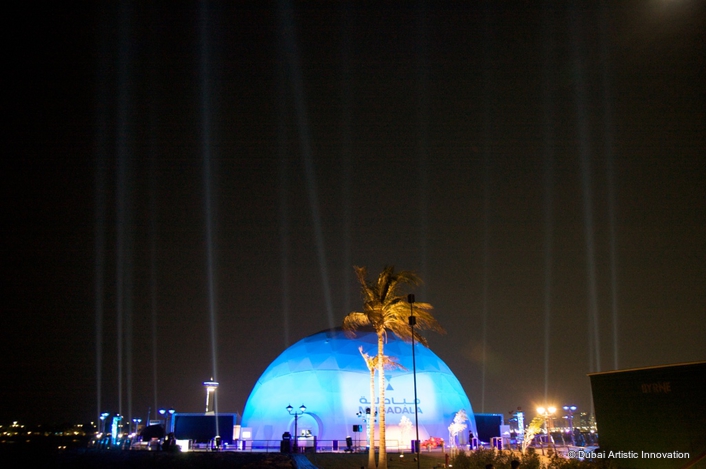