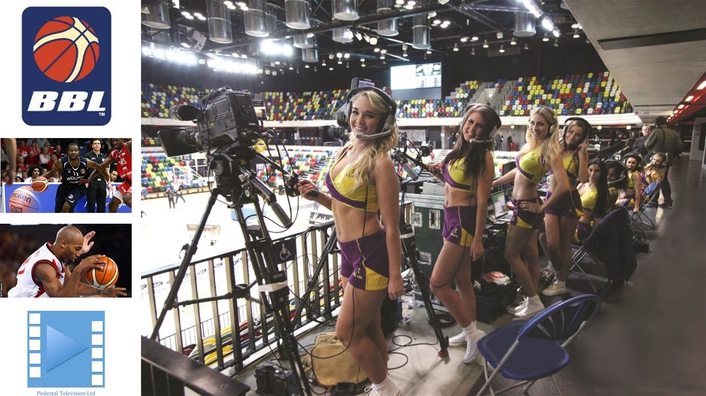 Not the normal crew with the Pedestal TV PPU rig at a recent BBL basketball match
Wales-based Pedestal Television has secured a second season of 30 games to be covered live for the British Basketball League.  The BBL operates the only Men's Professional Basketball League in the UK, playing over 250 matches in a season via the League's 13 member clubs in Bristol, Cheshire, Durham, Glasgow, Leicester, London, Manchester, Leeds, Newcastle, Plymouth, Sheffield, Surrey and Worcester.

Pedestal Television’s contract covers the supply, crewing and operation of the broadcast equipment required, using their flyaway PPU, Portable Production Unit. The matches are cut and streamed live via the BBL website www.bbl.org.uk, and highlights are broadcast on British Eurosport HD.

David Leyden Dunbar, Commercial Director of British Basketball said “Taking control of our broadcast content was a huge step for the League and we needed a partner who could be dynamic, reacting to our needs, in addition to giving us total confidence in their ability to meet our expectations in terms of delivery. I'm pleased to say Pedestal TV exceeded these expectations and have fitted the bill perfectly. With an encouraging first season of weekly content under our belt we're looking forward to a bigger and better second year with Pedestal."

Pedestal Television’s Chris Taber said "The BBL are leading the way with the concept of BBLTV. Basketball has a big following in the UK and it’s the forward thinking of the BBL that’s giving the fans what they want and is sucessfully exposing the sport to more and more people." 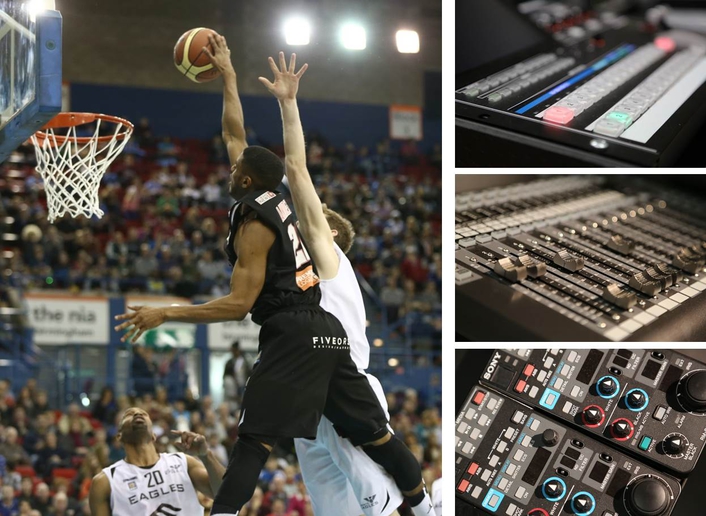 Pedestal Television was founded by cameraman Chris Taber and is based in Mid Wales, UK. The production side of his company offers compact technical facilities ideally suited to court sports such as basketball, and the model easily adapts to other types of location recording such as theatre, performance, dance, music and events. An experienced cameraman, he has also become one of the worlds most sought after Polecam Owner\Operator working regularly world wide and also has an engineering partnership, Bosher, which produces fine engineering products from lens mount adapters right through the Bosher Levelling Head system for Polecam, to complete design and fabrication projects.

The BBL, British Basketball League, is an independent company owned by its member clubs, which runs the top men's professional league in the UK. Each club has an equal shareholding in BBL and has a representative on the BBL Board of Directors, thus is a part of all decision-making. There is a central BBL office, from which league-wide administration, marketing and media is undertaken, although the clubs are spread across the country. Each BBL club - or franchise as it is known - operates in it's own distinct area and there is only one club per franchise area. This allows each club to maximise it's commercial and media value within their local community.