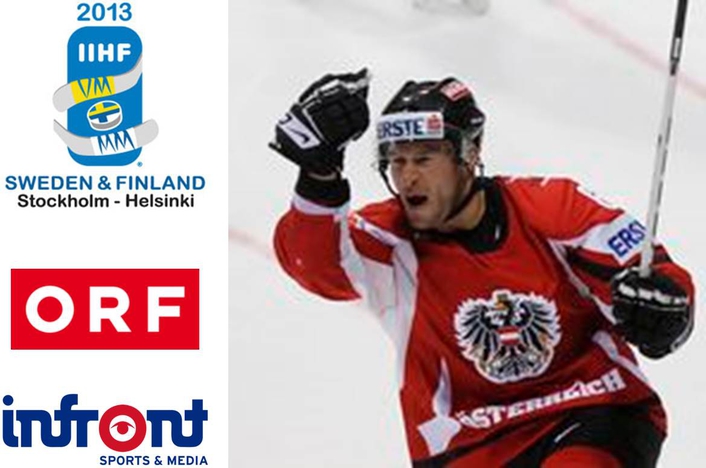 The IIHF Ice Hockey World Championship is the biggest annual winter sports event worldwide and brings together the 16 best teams from around the world in April/May of each year. The extended agreement between Infront and the ORF includes this year's tournament in Sweden/Finland as well as the World Championships in Belarus (2014), Czech Republic (2015), Russia (2016) and either Germany/France or Denmark/Latvia (2017, location yet to be confirmed).

The rights covered by the agreement include live, delayed and highlights coverage for all games of the Austrian national team. Furthermore, ORF will broadcast at least ten additional games per tournament and the respective finals. In addition, the contract covers the IIHF Division 1 World Championship — should Austria not qualify for the top flight competition.

Infront, in close cooperation with the IIHF will continue to provide high-quality media production and broadcaster services to the ORF. Since 2009, the IIHF World Championship has been produced in full HD quality with 20 cameras per game guaranteeing in-depth sports coverage and dynamic reporting from every angle.