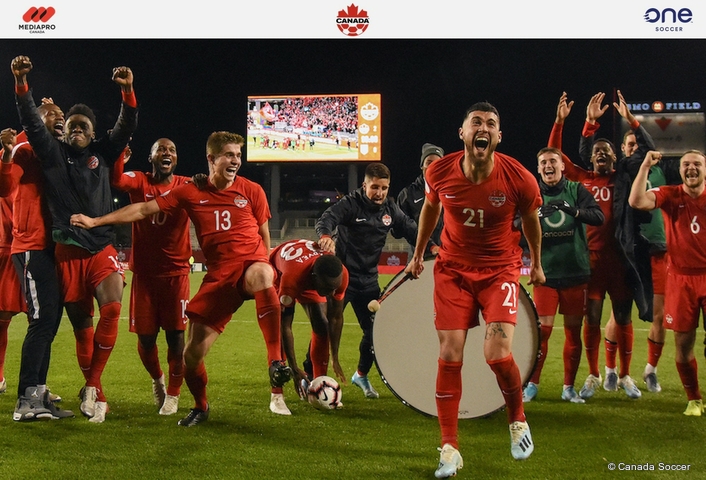 OneSoccer, the dedicated soccer channel operated by MEDIAPRO Canada, will air exclusive live coverage of the five Canada Soccer﻿’s Men’s National Teams Concacaf Men’s Olympic Qualifying and Fifa World Cup Qatar 2022 Qualifiers taking place this month. First up is Canada Soccer’s Mens U-23 National Team’s opening match in the Concacaf Men’s Olympic Qualifyiing tournament in Guadalajara, Mexico. The squad takes will take on El Salvador, Haiti and Honduras in Group B in their quest for a spot in the postponed 2020 Tokyo Olympic Games, with the Men’s Tournament scheduled for July 22nd to August 7th.  The young team, led by Coach Mauro Biello, will be aiming to qualify for their first Olympics since the 1984 Games in Los Angeles.

Next week, Canada Soccer’s Men’s National Team commences the all-important FIFA World Cup Qatar 2022 campaign when they host Bermuda at the Exploria Stadium in Orlando, Florida.The closed-door match on Thursday March 25th will be the first of four FIFA World Cup Qatar 2022 Qualifiers scheduled for March and June from which only the group winner will advance to the next round. Canada is scheduled to face Cayman Islands on 28 March with further Group B matches against Aruba and Suriname in June. In all, 30 Concacaf nations are competing in this first round with six group winners advancing to a second round of head-to-head knockout matches.

OneSoccer’s coverage of all Canada games will be boosted by live broadcasts of selected matches featuring other Concacaf nations. For information and schedules, visit OneSoccer.ca. Oscar López, CEO of MEDIAPRO Canada, said that “the coverage of Canada Soccer’s Men’s National Teams in Concacaf Olympic Qualifying and FIFA World Cup Qatar 2022 Qualifiers adds new depth to our 2021 programming as we gear up for the start of the 2021 Canadian Premier League and 2021 Canadian Championship later this spring as well as a wide range of top-tier club and national team games”. 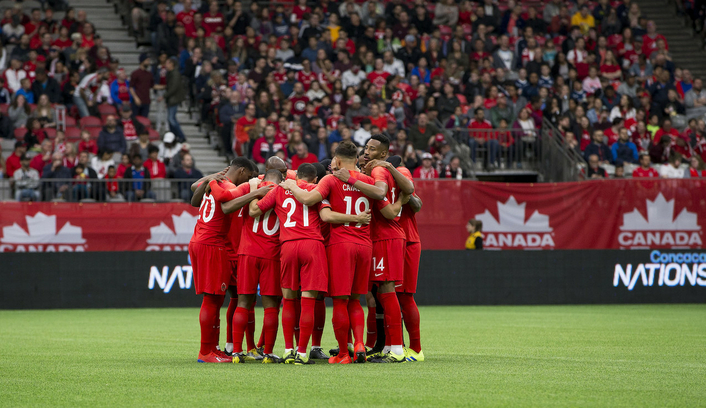 OneSoccer’s growing stable of leagues and tournaments also comprises the rights to all Concacaf national team tournaments through to 2023, French Ligue 1 matches featuring Canada Soccer Men’s National Team star Jonathan David’s Lille OSC, the top-tier men’s professional soccer league in Brazil (the Brasileirão) and Mexico (Liga MX), the Spanish women’s Primera División, and of course the Canadian Premier League (CPL) and the Canadian Championship, the professional club championship organized by Canada Soccer and contested by the eight CPL teams along with the three Canadian teams playing in Major League Soccer (Toronto FC, CF Montréal and the Vancouver Whitecaps) and the winners of both League1 Ontario and the Première League de Soccer du Québec. 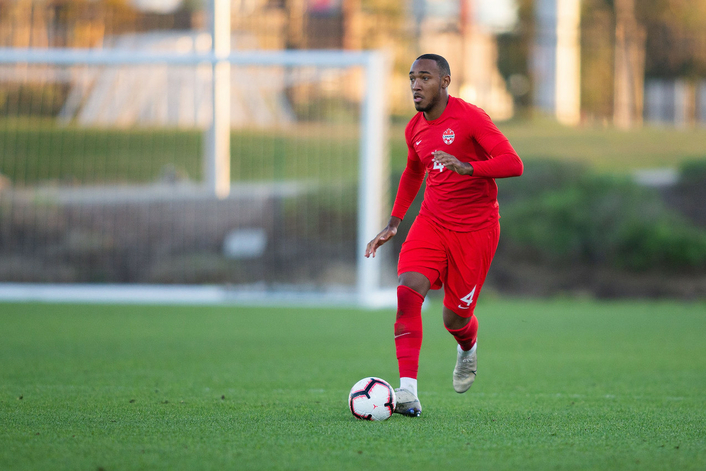 MEDIAPRO Group is a leading global production, distribution and content creation group with 58 offices in 36 countries around the world. It operates a fleet of over 80 High Definition and 4K Outside Broadcast units and produces live coverage of more than 12,000 events around the world each year.