One of the top teams behind the scenes of this World Cup: Team MEDIA BROADCAST 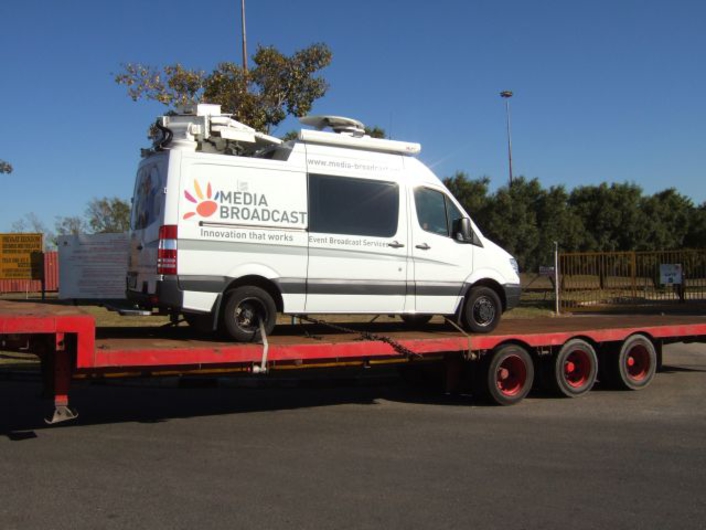 Mission accomplished
The match statistics of the top players at this World Cup are truly impressive. The number of kilometres travelled per match makes particularly remarkable reading. However, our own World Cup team can easily keep up with these achievements: all told, the 58 specialists in the MEDIA BROADCAST team have between them clocked up a little over a million flying miles. And let us not forget our three SNG teams, who bumped their way over 19,000 kilometres of uneven roads.

The MEDIA BROADCAST team has also run up around 2,800 overnight hotel stays during the time spent in South Africa, from 16th May to 17th July 2010. 8.5 tons of materials were transported from Germany to the Cape, including 31 Rauboxes, 29 19-inch cabinets, nine flight cases and a 4.5m C-Band antenna. At the same time, five SNG vehicles and a mobile editing suite weighing five tons each were - and still are - on the move. This makes a total of 38.5 tons that has had to be transported by air and sea to the southernmost tip of the African continent and back.

Almost 27,000 broadcasting hours from the stadiums but no breaks of service 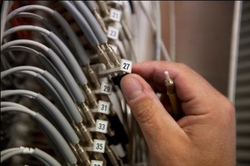 Equally world class: the total transmission times from the stadiums. Some 15,475 hours of multilateral and unilateral feeds were transmitted in total, plus 11,376 broadcasting hours from two permanent feeds from each stadium. And all this with absolutely no breaks in the service; in other words, 100 percent availability! The data transfer rate between each stadium and the IBC ran at up to 42 Gbit/s – 4 x 10 Gbit/s on match days and 2 x 1 Gbit/s on a permanent basis.

International connections suffered from sea sickness. And nobody noticed! 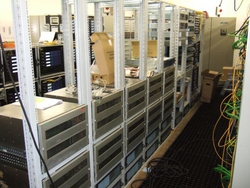 The accumulation of undersea cable faults during the World Cup was really extraordinary! While the transmissions from the stadiums to the IBC in Johannesburg were fully reliable, when it came to the international connections – including links between Johannesburg and Frankfurt, Frankfurt and Los Angeles or Paris and New York – there were some problems. Thanks to the careful provision of alternative connection systems, however, these faults went almost unnoticed by the audience watching the World Cup matches. What’s more, the data transfer rate for the international transmissions ran at 8.187 Mbit/s. 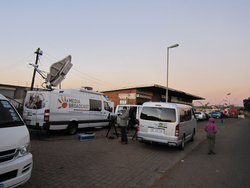 The comprehensive coverage of everything to do with the World Cup could not have happened without the MEDIA BROADCAST SNGs. Three teams have travelled the length and breadth of South Africa over the past few weeks to provide fans and football enthusiasts with live bulletins, playouts and reports.

The NORTH SND HD-1P based round Johannesburg supplied around 70 live broadcasts and 60 playouts in South Africa and edited 40 reports. For this the team covered 5,000 km in the northern regions of South Africa. Meanwhile, the SOUTH SNG HD-2P managed to clock up 6,500 km over the bumpy roads in the south of the country and the DFB SNG HD-3P proved to be loyal supporters, following the German national squad 7,500 km across the country in all directions. The SNG teams made overnight stops in 22 different places and broadcast around 60 live feeds and 30 report playouts. Whereas the SNG crews are due to arrive back in Germany in the middle of July, the vehicles will be making their way home by sea, docking in August – just in time for the start of the Bundesliga season.