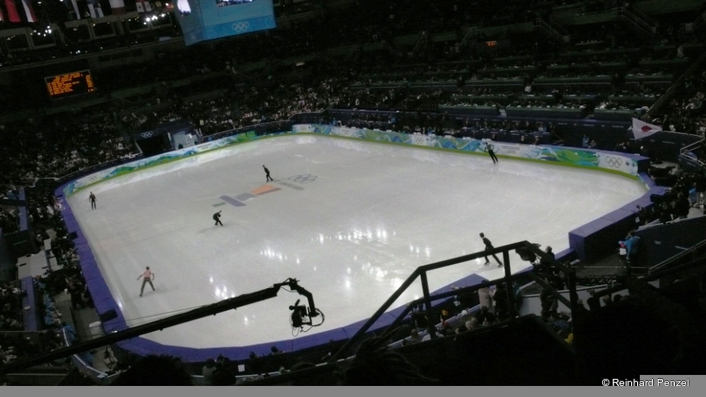 A dramatic performance to Tango Amore 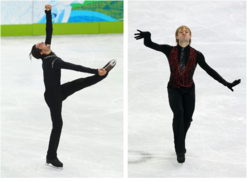 American Evan Lysacek shocked reigning champion Yevgeny Plushenko to end Russia's long dominance in the Olympic men's figure skating event on Thursday.The reigning world champion gave a risk-free performance, opting against a quadruple jump and the gamble paid off as he edged Plushenko technically after the Russian struggled to hold some of his jumps.He becomes the first American to win the title since Brian Boitano in Calgary in 1988, breaking a stranglehold by men from Russia or the former Soviet Union going back five previous Games.Skating last, Plushenko gave a dramatic performance to Tango Amore by Edvin Marton, making a number one sign with his fingers after finishing his routine."I was positive that I won," he said. "But I suppose Evan needs the medal more than I do. Maybe it's because I already have one.""Two silver and Olympic gold is not too bad," added the Russian who also won silver in Salt Lake City in 2002.

Lysacek, who finished just 1.31 points ahead of the three-time world champion, insisted he had just made it look easy."I think my programme had a lot of difficulty," said the 24-year-old. "I tried hard to make it look as easy as possible. We're doing our job if it looks easy."He added: "I probably knew it was my best skate ever. It was not just one section of the programme that was strong, but it was strong from start to finish and I guess that was key tonight."Daisuke Takahashi risked everything to give Japan their first ever Olympic men's podium finish taking bronze after the free skate final.Plushenko, 27, had led the short programme but with less than 0.60 points separating him from Lysacek and Takahashi it was a virtual tie going into the free skate final.Lysacek threw down the challenge with a flawless performance to Sheherazade.He nailed eight triples including an opening triple-triple combination and two axels to scored 167.37 for the free skate and 257.67 overall.Plushenko opened with a quadruple-triple toeloop combination and nailed six triples although he was shaky on the landings of his triple axel and lutz, and got a level three for one spin.He scored 165.51 points and slipped to second at 256.36 overall. 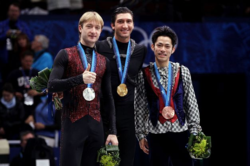 Takahashi fought back after falling on his opening quadruple jump to complete his routine to Nino Rota's La Strada cleanly, scoring 247.23 overall.The four-time Japanese champion was delighted at his bronze after returning following injury last season."I am really happy right now," he said. "When I knew that I had won a bronze medal, I was so emotional. I was in tears. I'm usually not like this.""There were parts of my programme that weren't perfect, including the quad. There were some other errors, too. But to finish where I am in the Olympic Games feels so good."I was injured a year ago and couldn't skate. I never thought that I would recover well enough to be back here on the Olympic stage."Olympic silver medallist Stephane Lambiel of Switzerland finished off the podium in fourth.He had been in fifth after the short programme but struggled to hold the second of his quad jumps.Japan's Nobunari Oda dropped to seventh from fourth after his laces came undone during his Charlie Chapin routine."I guess that's just my luck. What happens, happens," he said. 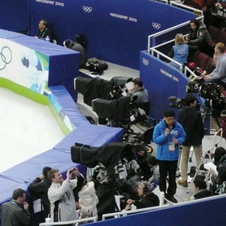 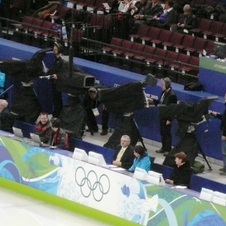 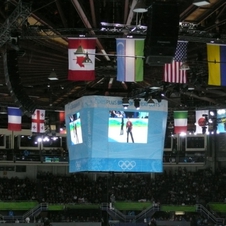