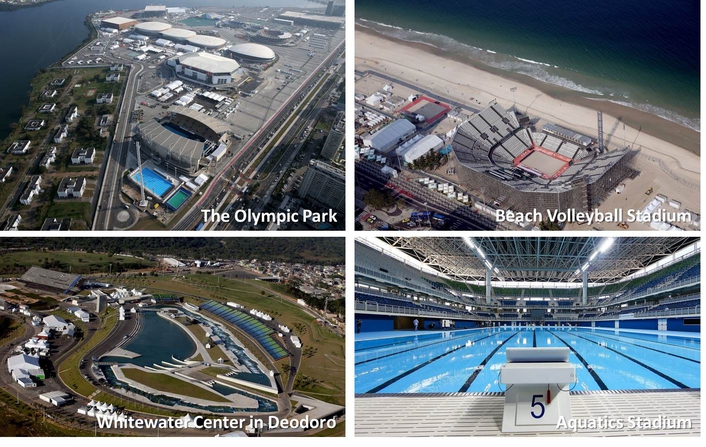 The Olympic Games are the greatest international sporting event on the planet, and also the oldest, and so, of course, it is essential that the main protagonists – the world’s finest athletes – remain at the very centre of the planning and implementation. Rio 2016, will see a number of significant firsts, with rugby and golf returning to the programme after an absence of many decades, and refugee athletes competing for the first time on the Olympic stage. Here are some other significant stats that highlight how Rio will be hosting the world’s greatest celebration of sport

·    Approximately 10,500 athletes from 206 NOCs recognised by the IOC including one currently suspended + Refugee Olympic Team (ROT).
·    The programme will feature 28 sports, including golf and rugby sevens, which mark their return to the Olympic stage after a long absence.
·    There will be a total of 306 medal events taking place at 32 competition venues in Rio, as well as, in the case of football, five other cities around Brazil.
·    In the build-up to Rio, there were 44 test events staged at the Olympic venues in order to fine tune preparations for Games time. 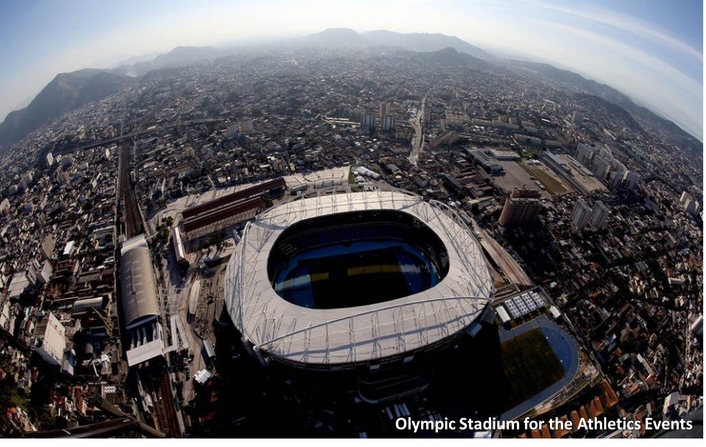 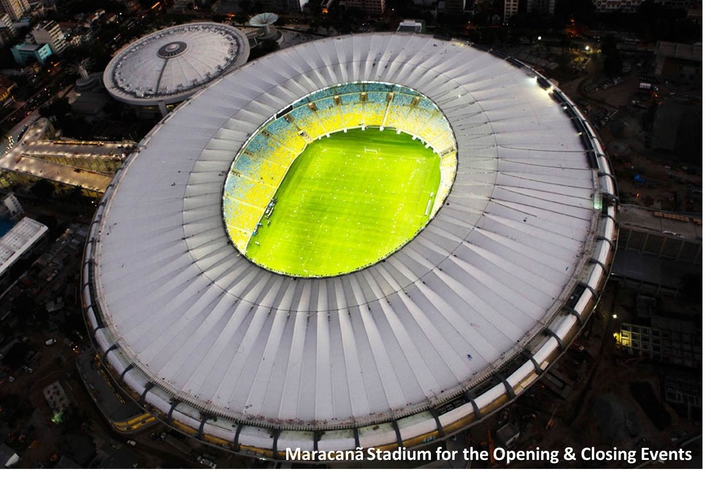 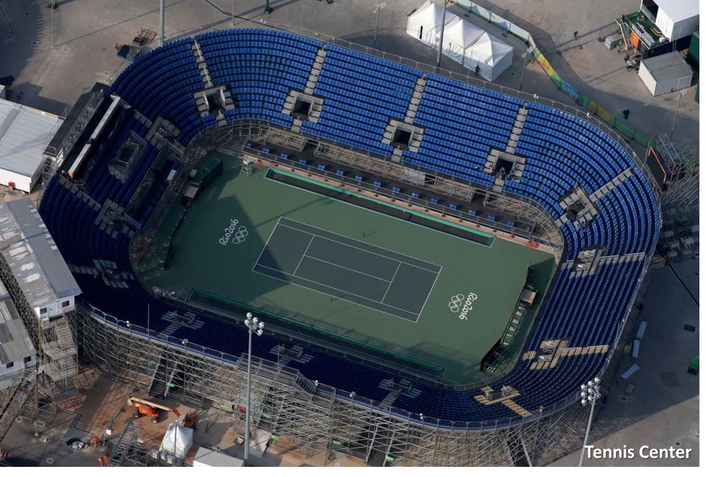 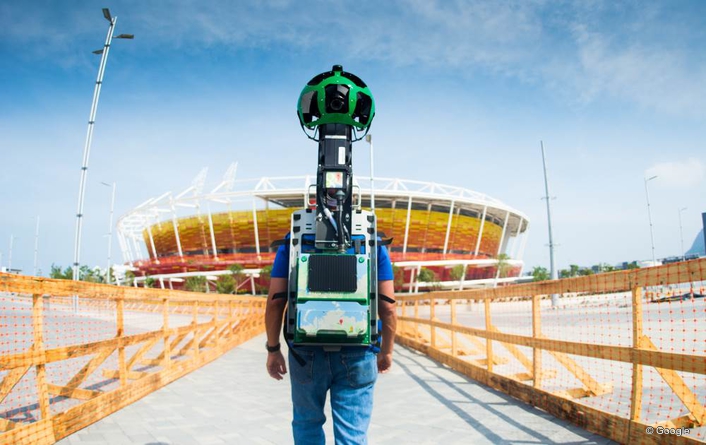 ... without leaving your armchair

Can’t wait for the Rio 2016 Olympic Games? Dying to get a look inside the venues where the world’s best athletes will go for gold from 5th to 21st August? Well, now you can – and from the comfort of your home – thanks to a pioneering partnership between Rio 2016 and Google.

For the first time in the history of the Olympic Games, fans will be able to ‘enter’ the venues via Google Street View and get a 360-degree view of the stadiums, arenas and pools where the likes of Usain Bolt, LeBron James and Michael Phelps will do their stuff. 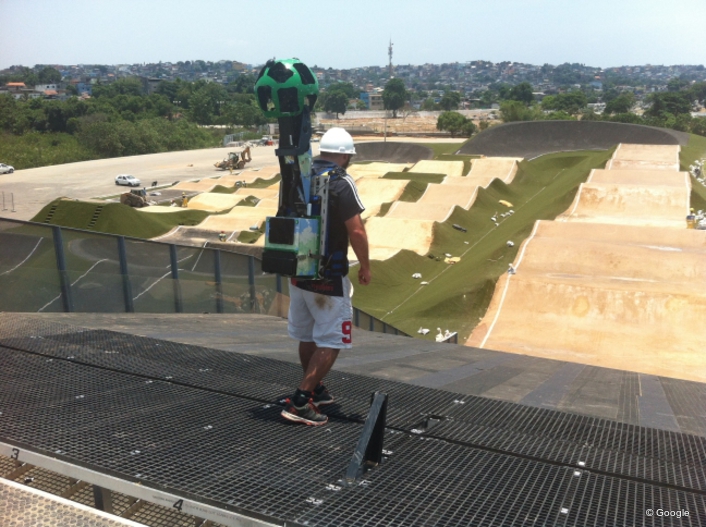 “Street View gives users a unique chance to see the venues from the same perspective that athletes will have during the Games,” said Rio 2016 communications director Adriana Garcia.

Google uses state-of-the-art portable technology to gather the imagery in locations only accessible on foot. The ‘Trekker’ is a 18kg backpack fitted with 15 sophisticated cameras that is carried around the venues by a technician. The Street View Trolley, mainly used for navigating inside buildings, fits all the necessary recording equipment onto a push-trolley mounted with a camera system. 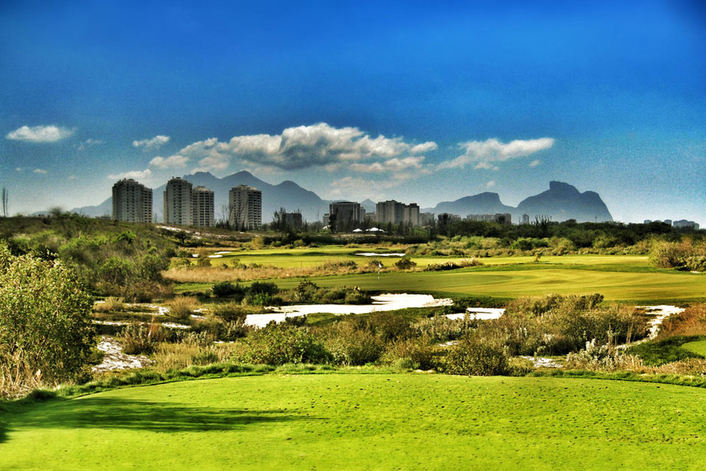 The project began in the second half of 2015 and more than 20 sporting venues have already been mapped, photographed and uploaded. By the time the Games begin in August, the aim is to have all 37 venues (32 in Rio plus five in the football co-host cities) uploaded for public viewing.

Find out which sports will take place in which venues. There were some perks to the job, such as this view of Leblon beach.

The venues below can now all be explored on Google Street View. 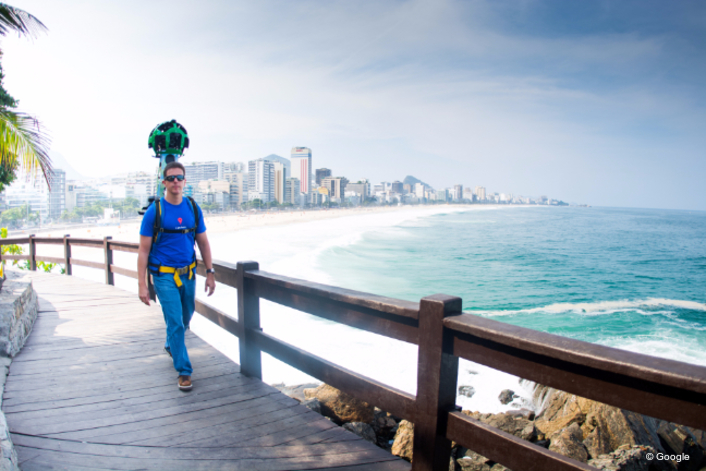