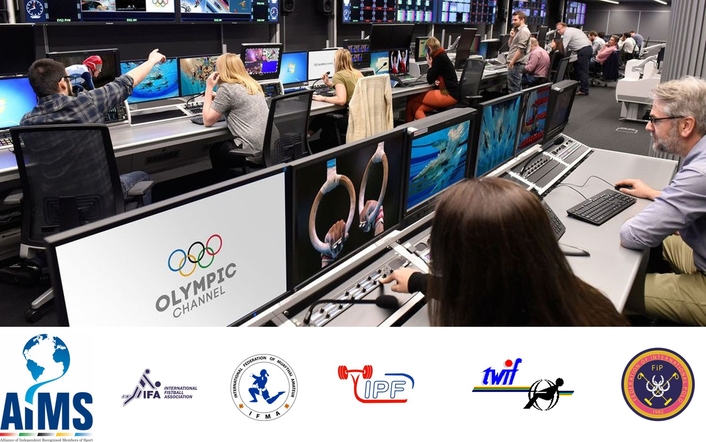 Following the recent celebration of its one-year anniversary, the Olympic Channel today announced that it has reached cooperation agreements with the Alliance of Independent Recognised Members of Sport (AIMS), and the international governing bodies for fistball, muaythai, polo, powerlifting and tug of war to collaborate on content for the multi-platform global media destination.

“We are excited to welcome these organisations to the Olympic Channel’s robust family of federation partners,” said Mark Parkman, general manager of the IOC’s global Olympic Channel. “As we look ahead to 2018, we are in a great position to promote all sports and athletes within the Olympic Movement, and help to distribute their content and grow their audiences worldwide.”

In 2017, the Olympic Channel will live stream more than 500 live transmissions across 210 events and 25 sports in coordination with its partners to audiences around the globe. Event coverage to date includes multi-sport events such as The World Games 2017, world championship events in 3×3 basketball, archery, badminton, boxing, canoe, cheerleading, handball, sport climbing, surfing and wrestling, and world cup events for biathlon, canoe, luge, ski jumping, table tennis and track cycling.

In addition to live event streaming, the Olympic Channel works with its federation partners to present event coverage, highlights, magazine shows, news coverage and original programming providing an additional platform to distribute content that are complementary to current broadcast and distribution arrangements.

The Olympic Channel is a multi-platform destination where fans can experience the power of sport and the excitement of the Olympic Games all year round, and is available worldwide via mobile apps for Android and iOS devices and at olympicchannel.com.

About the Olympic Channel

The Olympic Channel is a multi-platform destination where fans can discover, engage and share in the power of sport and the excitement of the Olympic Games all year round. Offering original programming, news, live sports events and highlights, the Olympic Channel provides additional exposure for sports and athletes 24 hours a day, 365 days a year in 11 languages. The Olympic Channel was launched in August 2016 in support of the IOC’s goal, set out in Olympic Agenda 2020, of providing a new way to engage younger generations, fans and new audiences with the Olympic Movement. Founding Partners supporting the Olympic Channel are Worldwide TOP Partners Bridgestone, Toyota and Alibaba. The Olympic Channel is available worldwide via mobile apps for Android and iOS devices and at olympicchannel.com.