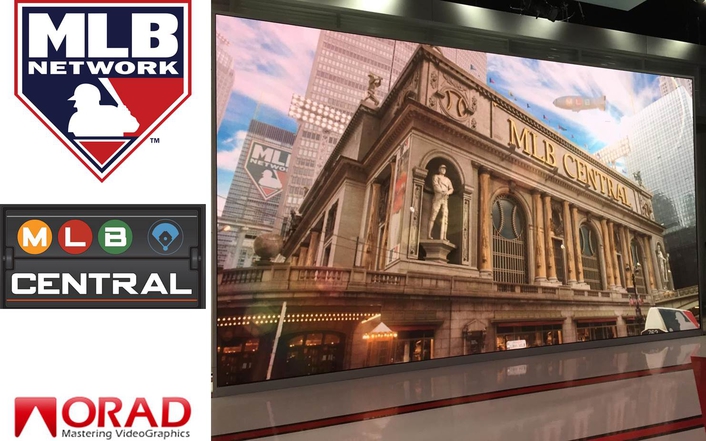 Studio 21 features more than 1,100 12x16 LED tiles installed in different configurations for a total of 1,400 square feet of video wall displays. All content displayed on the video walls and traditional plasma monitors is processed by Orad’s TD Control system, which enables a single operator to manage all studio display content through a simple to operate touch screen GUI. The largest of the display walls is a 14x25 foot LED wall, which is being fed content at 4K resolution from the Orad HDVG4 render engine. Orad’s TD Control offers real-time 3D graphics and transitions, as well as full program/preview confidence monitoring required for such a complex studio.

MLB Network worked with Orad, Big Studios and Motion Path to design a combination of augmented-reality graphics and what the network is terming “extended-studio perception,” which refers to pieces of the set that act as windows with large LED displays behind the scenery.

“We plan to enhance depth by putting images in the displays that ‘extend’ the set, such as ballpark interiors, exteriors, or other outdoor or indoor images,” explains Mark Haden, VP of Engineering and IT for MLB Network. “These LED walls will track the jib’s movements in a spatially correct way. The perception is that we are inside a space with a breathtaking view. The studio will appear gigantic and the depth breathtaking.” 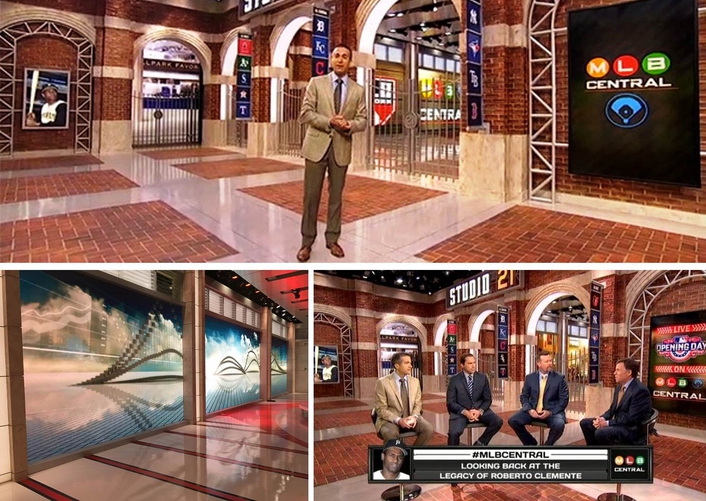 The Orad TD Control system was integrated with the LED wall systems by AVDS, and the motion tracking telemetry of the jib camera sent to the Orad engines with a solution manufactured by Stype Grip.