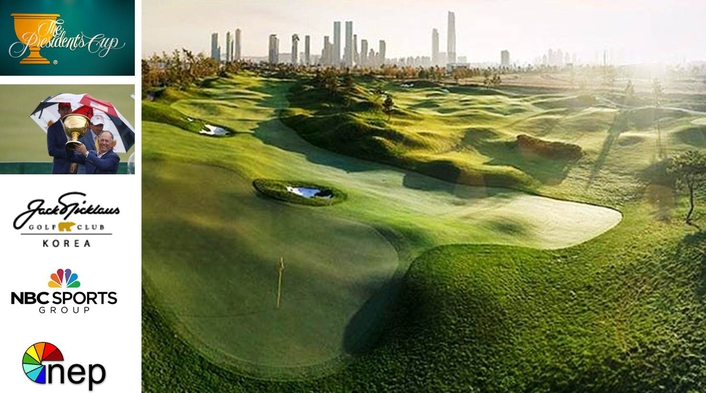 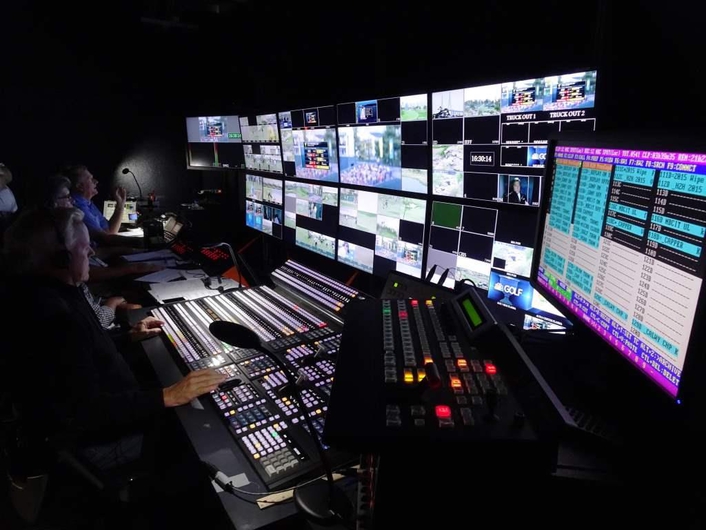 Control Room for the Broadcast of the Presidents Cup in Incheon

The Presidents Cup tournament has been held outside the United States on five occasions and NEP Australia (formerly Global Television) has facilitated two of them, delivering Melbourne in 2011 and now Korea.

38 tonnes of broadcast technical equipment were shipped to Incheon via sea and air from Sydney, and the NEP team laid more than 42 kilometres of cabling and set up the infrastructure to support this massive international broadcast.

A total of 54 high definition cameras captured every shot. 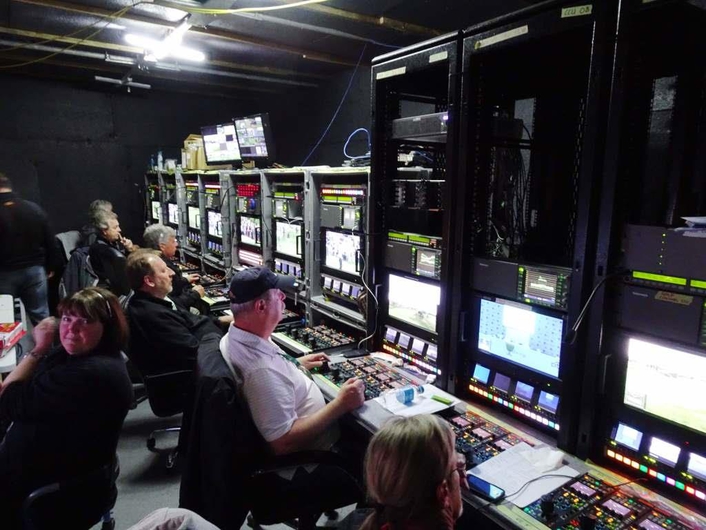 NEP also provided flyaway kits, including its large format HDP1, to accommodate the broadcast requirements of NBC Sports and its unilateral broadcast partners.

27 NEP broadcast technical experts travelled to Incheon for the event, supported by more than 200 NBC crew.

NBC Coordinating Producer Tom Roy said: “NEPA has done a wonderful job providing the facilities for our broadcast. With their extensive planning and on-site expertise we have utilised their resources in our production to showcase one of golf’s most prestigious global events.”

NEP Project Director Andrew Quinn said: “It’s a privilege for NEP Australia to be asked by NBC to be involved again in the broadcast of the 2015 Presidents Cup following a successful Melbourne event in 2011.

“Being awarded the Korea project reinforces how NEP Australia is just as capable of supplying large flyaway equipment-based broadcast solutions as we are at supplying truck-based solutions.

“These large scale events challenge our industry’s technical delivery capabilities and the NEP Australia team is always up to the task of delivering world class solutions on behalf of NBC.” 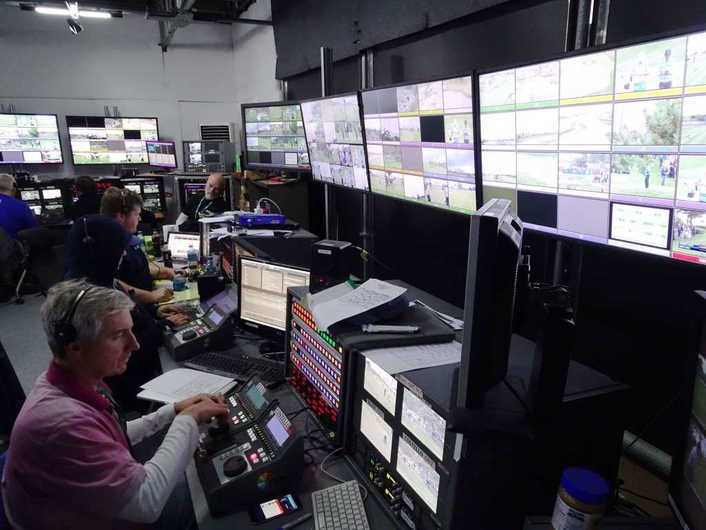 SloMo Control for the Broadcast of the Presidents Cup in Incheon

The 2015 Presidents Cup was televised to a potential worldwide audience of 1 billion viewers and was broadcast in Australia by the Nine Network and FOX Sports.

The Presidents Cup is among the most anticipated and keenly followed events on the PGA TOUR. Every two years 24 top players – 12 from the United States and 12 from around the world, excluding the UK and Europe – engage in four days of team match-play competition. 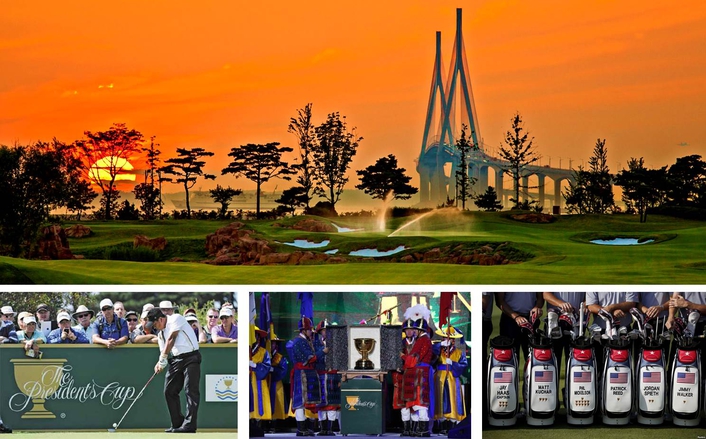 About NEP Australia
NEP is Australia’s largest and most experienced outside broadcast and studio facilities company, providing broadcast infrastructure for major sport and studio productions across the country and internationally. NEP facilitates more than 2,000 hours of Australian broadcast television each year, including live sport (NRL, AFL, Cricket), popular series and drama (My Kitchen Rules, The Voice, Neighbours) and live entertainment and event programs (Dancing with the Stars, The Footy Show and the annual Logie awards). The company is also internationally recognised for its technical expertise in host broadcasting and major events, managing complex projects including the 2014 Glasgow Commonwealth Games and the 2014 G20 Leaders’ Summit. NEP Australia is wholly owned by NEP Group Inc.

About NEP
NEP provides the technology and know-how to enable clients to produce the worlds’ biggest live and broadcast events around the globe. The company is the leading worldwide provider of outsourced production solutions offering technical services for remote production, studio production, video display, host broadcasting, post production and digital media management. NEP’s team of over 2,000 employees are driven by passion and a focus on technical innovation, and together they have supported productions in over 65 countries on all seven continents. Headquartered in the United States, NEP has offices in the United Kingdom, Ireland, the Netherlands, Sweden, Norway, Denmark, Germany, Finland, Switzerland, Belgium, the United Arab Emirates and Australia.