Ncam tracks its most challenging environment yet 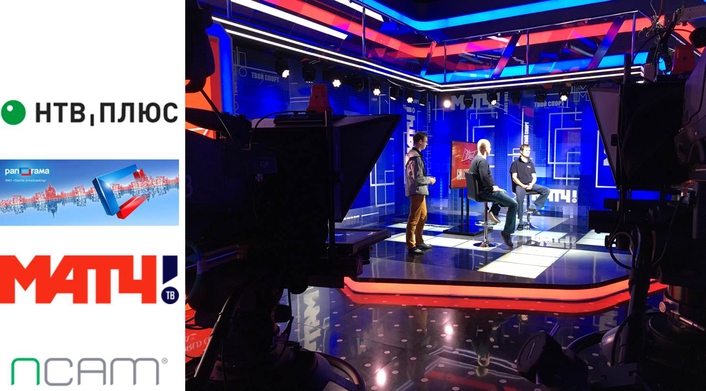 Ncam, in collaboration with Vitec Videocom, has implemented its camera tracking system for Match TV, the new Russian broadcaster formed by the amalgamation of NTV+ and the outside broadcast specialist Panorama. The studio provided a unique set of challenges for Ncam which were comprehensively solved through on-site development, refining the product to meet the needs of all users.

Match TV is a sports broadcaster, and built a studio in Ostankino, Moscow to provide the anchor for live events from across Russia and around the world. The studio is intensively used: often it is live on air for eight hours or more a day.

“The designers chose a distinctive look, employing translucent and reflective plastics, a black shiny floor and highly reflective walls. This was coupled with multiple LED video walls, and lighting set to create lens flares,” explained David Stroud, senior product specialist at Ncam. “The way that our system works is by forming a 3D map from many points of high contrast in the scene, and using that map as the reference for camera moves. With so many dynamic reflections there were very few high quality points to track from. The whole studio space was used, with four permanent stages in a 30m x 20m space, accessed dynamically by a 13m technocrane.”

Ncam had already faced a similar challenge at BT Sport in the UK, and had developed a technique which included the lighting grid in the view of its witness cameras. Stroud, working with Anton Antipyev of Vitec Videocom, extended this functionality to deliver precision tracking at Match TV.

“We started by tilting the witness camera bar up by 40˚ to look at the lighting grid,” he said. “The next challenge we faced was that we were detecting significant flicker from the LED lights: not visible at 50 frames a second but clearly visible at the shorter exposure times required to track fast motion. Part of our on-site development was to fine tune our detection algorithms to cope with this. In turn that goes into our core software, making the system even better for all our users.”

In the past augmented reality – adding convincing computer-generated elements to a real scene – has been expensive and cumbersome. Cameras needed either precision mounts and mechanical tracking, or references needed to be incorporated, both calling for time-consuming alignment routines and recalibration as well as large capital investments. The Ncam technology provides an affordable route to very high precision camera tracking with zero set-up time and six degrees of freedom: X, Y and Z camera position; pan, tilt and roll, allowing the camera to be used on any mount, Steadicam and handheld. Because it tracks points of high contrast it can be used in a studio or on location. 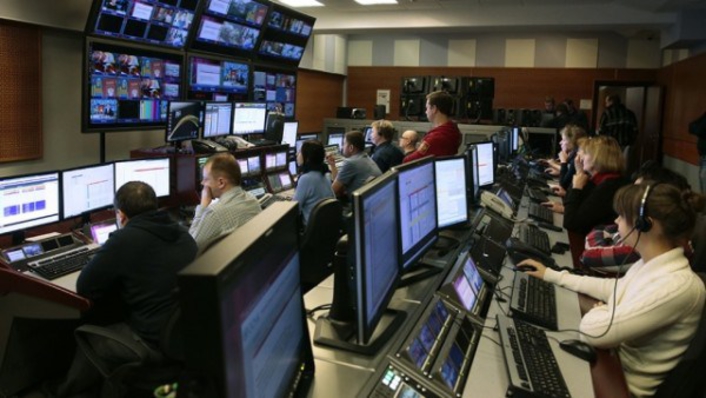 “Combined with the excellent and cost-effective graphics engines available from a number of vendors – Match TV uses Vizrt in the studio and Orad on its outside broadcast truck – very high quality augmented reality is now practical and affordable,” said Nic Hatch, CEO of Ncam. “As we have proved at Match TV, it provides completely stable performance in the most challenging of environments, day in and day out.”

The Television Center Ostankino
EVS Sports Gets Panorama Ready for Sochi 2014
Review Sochi 2014: Broadcasting the Magic of the Games Across the World