NBCUniversal will provide unprecedented coverage of the 2012 London Olympics
NBCUniversal will provide 5,535 hours of coverage for the 2012 London Olympics across NBC, NBC Sports Network, MSNBC, CNBC, Bravo, Telemundo, NBCOlympics.com, two specialty channels, and the first-ever 3D platform, an unprecedented level that surpasses the coverage of the 2008 Beijing Olympics by nearly 2,000 hours. It was also announced today that NBC will broadcast 272.5 hours of coverage, the most ever for an Olympic broadcast network, largely attributable to an increase in daytime coverage.

NBCOlympics.com will live stream every single event (also on YouTube) for the first time ever including streams of each of its channels, encompassing 3,500 total hours and the awarding of all 302 medals. Also new for the internet are multiple streams for the same event, so for example, viewers can select a particular gymnastics apparatus or track and field event at will.

On mobile devices, NBC also has plans for two different apps on phones and tablets, with one that brings live video streams and another with highlight clips.

242 hours of 3D coverage NBC is producing in partnership with Panasonic, which will unfortunately air on 24 hour tape delay, just like the HD broadcast was back in 2004.

"We are only able to provide this level of coverage to U.S. viewers because of the unmatched array of NBCUniversal assets," said Mark Lazarus, Chairman, NBC Sports Group. "Whether on television or online, on broadcast or cable, in English or in Spanish, NBCUniversal has the London Olympics covered, providing the American viewer with more choices than ever to watch the Games." 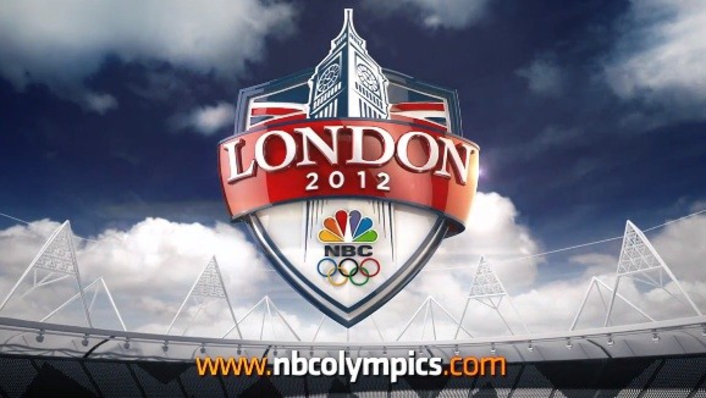 Following are highlights of NBCUniversal's coverage of the 2012 London Olympics
• NBCUniversal is presenting its 13th Olympic Games
o London will be NBCUniversal's seventh consecutive Summer Games, having presented each one since Seoul in 1988.

• The 5,535 hours of Olympic coverage are the most ever and surpass Beijing's coverage (3,600 hours) by nearly 2,000 hours.
o The 5,535 hours more than double the total amount of coverage of every Summer Games combined prior to Beijing (2,562 hours from 1960 Rome on CBS to 2004 Athens on NBC).
o The 5,535 hours are the equivalent of 231 days of coverage.
o NBCUniversal will average 291 hours of coverage per day over London's 19 days (including two days of soccer competition prior to the Opening Ceremony).

• The networks of NBCU will provide coverage of all 32 sports and all 302 medal competitions.

• NBC will broadcast 272.5 hours of London Olympic coverage over 17 days, the most extensive coverage ever provided by an Olympic broadcast network, and nearly 50 hours more than the 225 hours for Beijing in 2008.
o Daytime coverage has increased significantly for London. Coverage will begin on most weekdays at 10 a.m. ET/PT, immediately following NBC News' TODAY, which is originating from London.
o On weekends, NBC's daytime coverage will begin as early as 5 a.m. ET/PT.

• NBC Sports Network will serve as the home to U.S. team sports, with 292.5 hours of total coverage from 2012 London Olympics this summer, including 257.5 hours of original programming – an average of more than 14 hours per day – the most-ever for an Olympic cable network.

All 302 medal events on NBCOlympics.com

• MSNBC will carry 155.5 hours of a wide variety of long-form Olympic programming over 19 days.

• CNBC will serve as the home of Olympic boxing this summer, including the debut of women's boxing. The channel will televise 73 hours of boxing coverage over 16 days -- from elimination bouts to the men's and women's finals.

• Bravo will act as the home of Olympic tennis this summer, televising 56 hours of long-form tennis coverage from July 28-August 3.

NBC Olympics on the second screen

• NBCUniversal announced the most extensive Spanish-language Olympic coverage in the company's history, offering more than 173 hours of the upcoming London 2012 Olympics on Telemundo, "The U.S. Home of the Olympic Games in Spanish."
o The 173 hours of Spanish-language coverage by Telemundo nearly equals the total coverage broadcast by NBC for the 1996 Atlanta Olympics (176.5).

• Specialty channels for basketball and soccer are available to cable, satellite and telco providers, and will total 770 hours of coverage.

• Panasonic Corporation of North America and the NBC Sports Group announced in January that they will partner to make the London 2012 Olympic Games available in 3D to all U.S. distributors who carry Olympic coverage on cable, satellite and telco -- nearly 100 percent of the multichannel industry.
o The effort will produce 242 hours of coverage and mark the first time that the Olympic Games will be distributed in the U.S. in 3D. 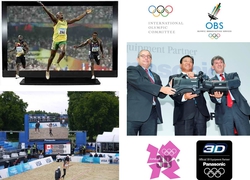 First Olympics in 3D
Panasonic Corporation of North America and the NBC Sports Group announced in January that they will partner to make the London 2012 Olympic Games available in 3D to all U.S. distributors who carry Olympic coverage on cable, satellite and telco -- nearly 100 percent of the multichannel industry. The effort will produce 242 hours of coverage and mark the first time that the Olympic Games will be distributed in the U.S. in 3D. Panasonic is NBC's exclusive Flat-Panel HDTV and Blu-ray Disc Player advertiser for the London Olympic Games.

The 3D broadcasts, which will be produced by OBS and shown on next-day delay, will span multiple competitions throughout the London 2012 Olympic Games, including the Opening and Closing Ceremonies, gymnastics, diving and swimming. OBS will produce more than 200 hours of 3D coverage during the London 2012 Olympic Games by utilizing Panasonic's state-of-art 3D production technologies including the AG-3DP1, a P2HD professional fully-integrated twin-lens Full HD 3D camera recorder. Cable, satellite, and telco providers who receive the Olympics package may distribute the 3D broadcast via the Comcast Media Center.