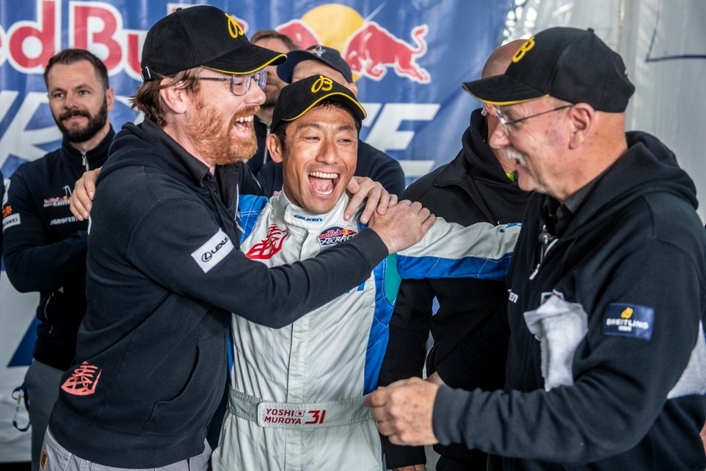 A weekend total of 80,000 spectators at the Red Bull Air Race stop in Kazan, Russia saw Japan’s Yoshihide “Yoshi” Muroya tighten his grasp at the top of the overall standings with his second win in as many races. Finishing right behind, Australia’s Matt Hall firmly placed himself among the season favorites, while Muroya’s top rival, defending World Champion Martin Šonka of the Czech Republic, kept himself well in the hunt with third on the race podium.

– Occasional rain and changeable winds made for challenging conditions at the 92ndRed Bull Air Race, but the sun emerged for the Final 4, and it shone strongest on the 2017 World Champion Muroya. After defeating Qualifying winner Mika Brageot of France in the Round of 8, Muroya flew first in the Final 4, and served up a cool 1:03.496. Flying next, Šonka could manage only 1:04.238, and François Le Vot of France, who was in his first Final 4 since 2016, was plagued by penalties. It all came down to Hall, a three-time runner-up in the World Championship. 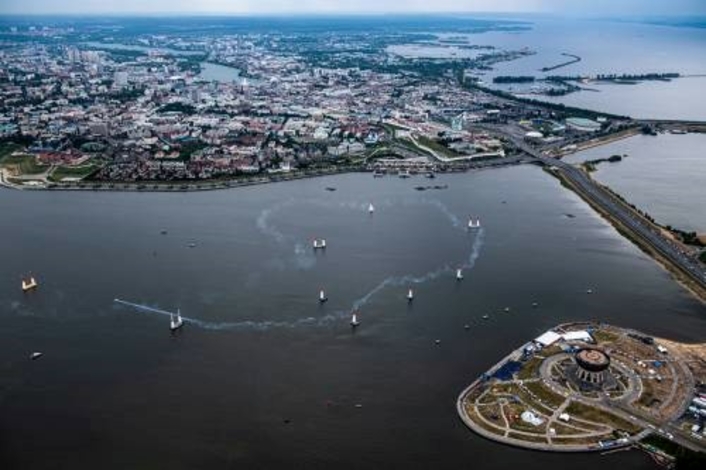 – Hall’s run did not disappoint. His first split time was barely behind Muroya, then at one point he slid to more than a half-second back, but somehow the Aussie made up ground, leaving the crowds breathless as he finished his run just 0.185 off the victorious Muroya. 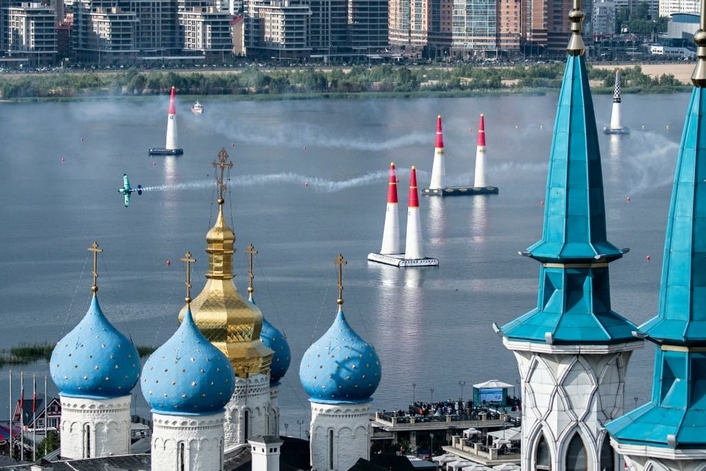 –  Muroya joins a very exclusive club: only one other pilot has ever won the first two races in a World Championship season, the three-time titleholder Paul Bonhomme of Great Britain.

– With a four-race calendar in 2019, the race in Kazan marked the midpoint of the season. The World Championship standings heading into the second half of the campaign see Muroya with a tally of 53 points, a nine-point advantage over the second-place Šonka. At 36 points, Hall has jumped up to third overall. With 25 points awarded for a win, and points also available to the top three in Qualifying, the leaders will be battling the rest of the 14-pilot pack as well as each other when the Red Bull Air Race premieres in Lake Balaton, Hungary in just four weeks. 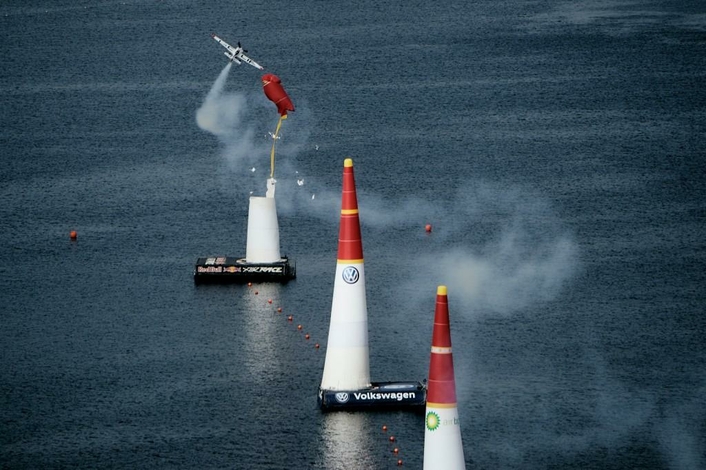 – Next up: The penultimate battle for the 2019 Red Bull Air Race World Championship will take off at the resort city of Zamárdi on the shores of Lake Balaton, Hungary, on 13-14 July, 2019.

QUOTES:
Yoshihide Muroya (JPN): “We had a really good feeling from the beginning here. Today the wind had shifted, so it was very difficult to find the right line, but my tactician Ben helped me. The team is working really well. Everybody is working hard and I can be relaxed, so I can just fly like a robot. The plane is really fast and I simply do my job. Today we were so close together on the timesheet, and the points are still close in the standings, so I can’t relax for the next race. Of course I will go for the win in Lake Balaton.” 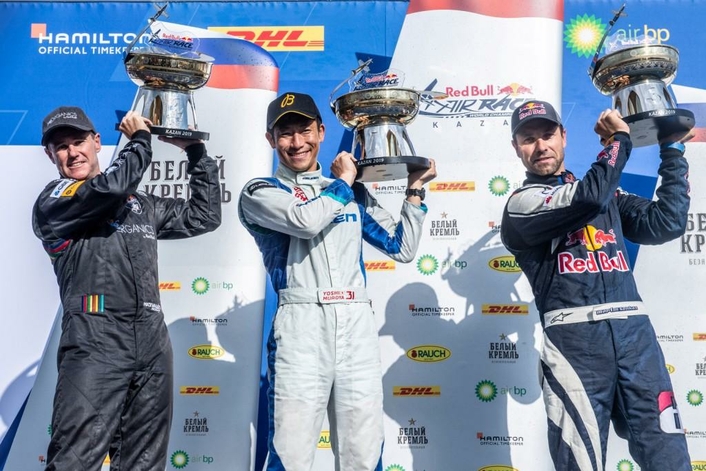 Yoshihide Muroya of Japan (C) celebrates with Matt Hall of Australia (L) and Martin Sonka of the Czech Republic (R) during the Award Ceremony at the second round of the Red Bull Air Race World Championship at Kazan, Russia on June 16, 2019. 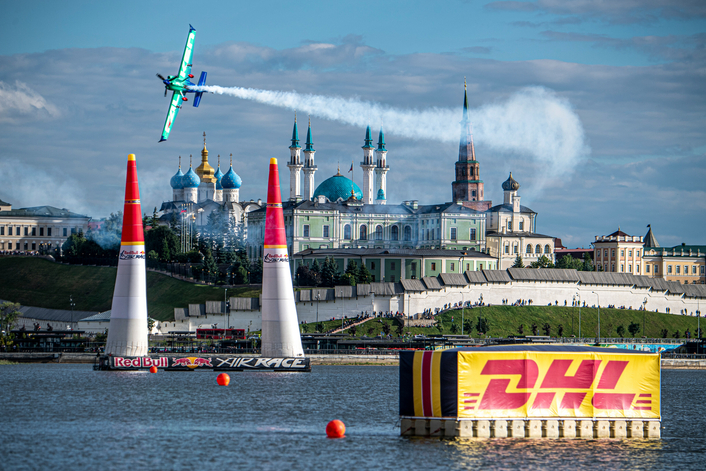 About Red Bull Air Race
The Red Bull Air Race World Championship is an aerial motorsport series that demands a combination of speed, precision and skill. Using the fastest, most agile, high performance raceplanes, pilots compete in iconic locations over water and land. The high speed, low altitude and extreme manoeuvrability required make it accessible only to the world's most exceptional pilots.

The Air Race was developed in 2003 and is accredited by the Fédération Aéronautique Internationale (FAI), with more than 90 races completed across five continents. As the most advanced aerial challenge in existence, competing in the Red Bull Air Race World Championship is the highest accolade for elite pilots. A Challenger Cup feeder series was introduced in 2014.