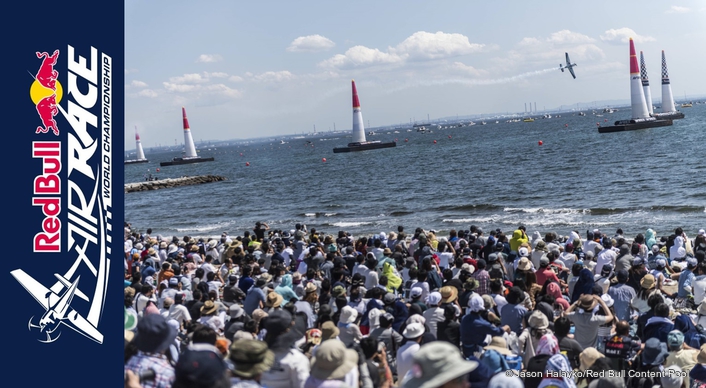 Cristian Bolton of Chile performs during the finals at the third stage of the Red Bull Air Race World Championship in Chiba, Japan on June 4, 2017

The biggest crowd of the Red Bull Air Race season so far had the biggest result to celebrate as home hero Yoshihide “Yoshi” Muroya earned a rare double repeat – back-to-back wins at home and two consecutive wins in a season – and claimed the top of the overall leaderboard as well. The Czech Republic had a pair of pilots on the podium for the first time ever with Petr Kopfstein and Martin Šonka in second and third.

Ninety thousand Red Bull Air Race super fans went wild in Chiba, Japan on 3-4 June as their hero Yoshihide Muroya prevailed in showdown after showdown to capture a repeat home win, as well as his second victory of the season. After close calls in the opening Race Day rounds, Muroya’s Final 4 time of 55.288 was a convincing 0.558 of a second ahead of the Czech Republic’s Petr Kopfstein, who earned his career-first podium in only his second World Championship season. Another charging Czech, Martin Šonka, earned third for his second podium of 2017. 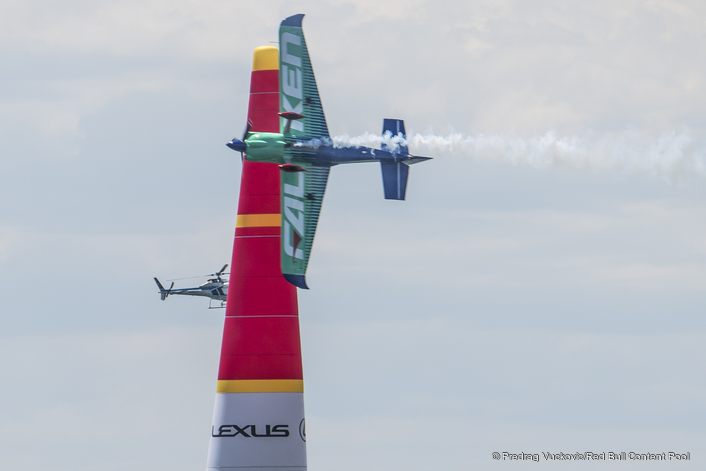 Yoshihide Muroya of Japan performs during the finals at the third stage of the Red Bull Air Race World Championship in Chiba, Japan on June 4, 2017.

The result escalated the drama of an already thrilling season as Muroya edged ahead of Šonka in the standings to take the top of the overall leaderboard for the first time in his career, with two race wins to one triumph for the Czech pilot. However they’re tied in the points at 30 each as the eight-race World Championship heads toward its midpoint with the fourth stop in Budapest, Hungary on 1-2 July. They’re far from alone in the hunt for the title: defending World Champion Matthias Dolderer of Germany, who was also in the Chiba Final 4, is just seven points back at third in the rankings, with Kopfstein six points behind him and a large group of other pilots clustered tightly in the middle. For many, Budapest will be make-or-break. 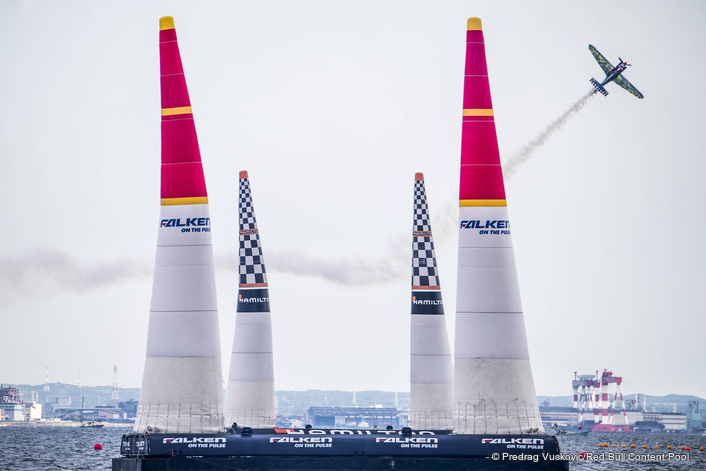 Petr Kopfstein of the Czech Republic performs during the finals at the third stage of the Red Bull Air Race World Championship in Chiba, Japan on June 4, 2017

“We are really happy to win again in Chiba, and I want to thank everybody here in Japan for their support. I had some luck, but in the end some of the other pilots made mistakes,” said Muroya, whose previous 2017 win was at the April stop in San Diego, USA. “We have another five races, so we need to continue as we are doing. Our team setup is quite good, and we must stick with the same tactics, stay with the plan and go forward as normal to win more races.” 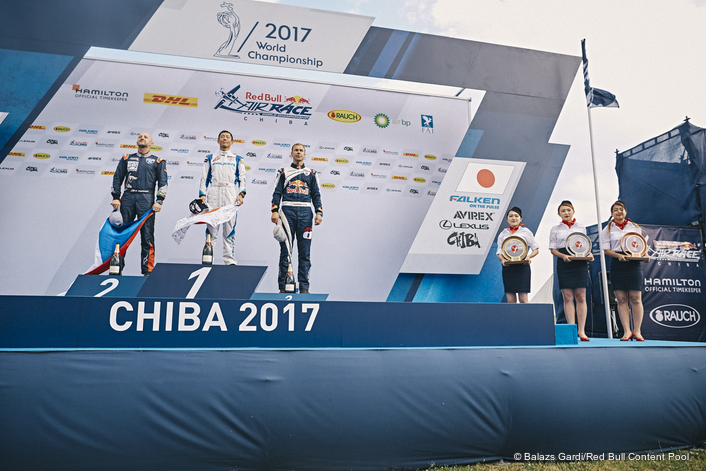