Muroya claims historic first win for Japan and all of Asia 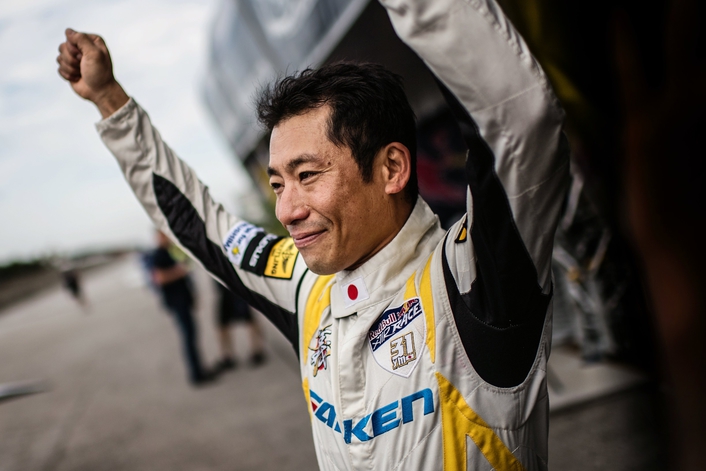 Yoshihide Muroya of Japan arrives after he won the finals of the third stage of the Red Bull Air Race World Championship in Chiba, Japan on June 5, 2016

Yoshihide Muroya wrote a new page in Japan’s sporting history on Sunday with his first race win – and the first-ever for Asia – at the Red Bull Air Race World Championship stop in Chiba, Japan. The home hero needed luck as well as supreme skill in a breathtakingly close battle, where Martin Šonka of the Czech Republic claimed second, while the USA’s Kirby Chambliss took third.

To the cheers – and even tears – of 50,000 home fans, Japanese pilot Yoshihide “Yoshi” Muroya broke through the clouds over Toyko Bay for a breakthrough of his own: his first race win in five seasons of competition for the Red Bull Air Race World Championship. As the only Asian pilot of the ultimate motorsport series in the sky, Muroya showed why his countrymen call him “Eternal Pioneer,” logging a historic first for Japan and the entire continent as well. The victory on Sunday was a nail-biter right to the last fraction of a second. Muroya’s time of 1:04.992 barely edged out the 1:05.097 clocked by Martin Šonka of the Czech Republic. Kirby Chambliss of the USA finished a fiercely competitive third.

Conditions changed from moment to moment in Chiba’s tight and technical racetrack, keeping pilots on the edge and in the penalties. Muroya’s win looked improbable as he began the race with a one-second penalty for insufficient smoke, but his strong flying pushed his opponents in the Round of 14 and the Round of 8 to exceed the G limit, advancing the Japanese hero to the final, where less than eight-tenths of a second separated the four pilots’ results. Šonka, meanwhile, earned the DHL Fastest Lap award for his blistering time of 1:04.352 in the opening round.

The result in Chiba – which was the first podium of the season for all three top finishers – breaks the World Championship wide open with five races still to go. At the top of the standings, Matthias Dolderer of Germany has seen his lead cut to a mere 10 points ahead of the second place position now held by the American Chambliss, while Nicolas Ivanoff of France, who did not compete due to illness, clings to the third spot by just one point over Muroya. The middle of the field is clumped closely behind, and the title is still anyone’s to seize. 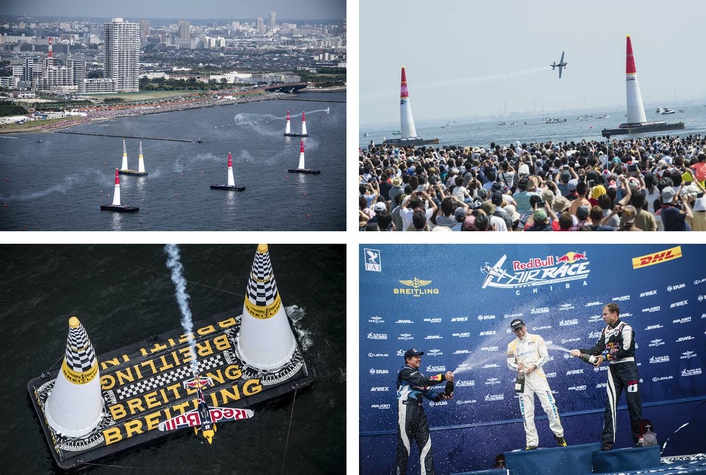 “It feels very special. We were very close to Martin in the times, but the fans pushed us into the win,” said Muroya, who noted that his Team Falken is working together exceptionally well. “I’ve been flying for 25 years and this is my first win, so it’s taken a long time. It's a big, big moment.”

Earlier in the day, Chile’s Cristian Bolton was victorious in the Challenger Class, while American Kevin Coleman launched to the top of the Challenger leaderboard with his third consecutive second-place finish. 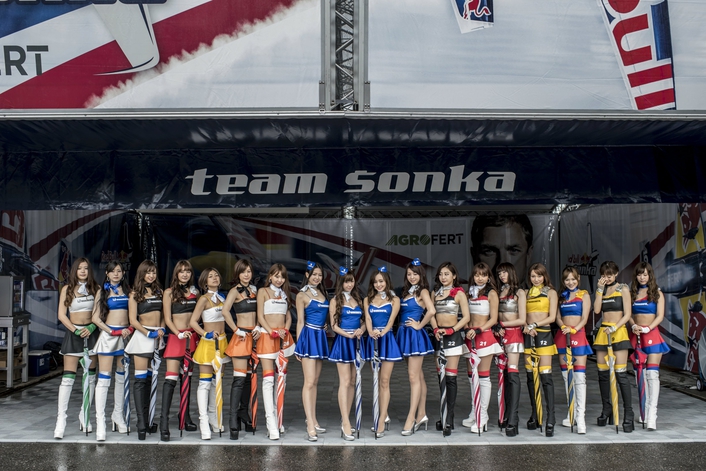 Hostesses seen at the race airport prior to the finals of the third stage of the Red Bull Air Race World Championship in Chiba, Japan on June 5, 2016

Tickets for all stops of the 2016 Red Bull Air Race World Championship – including the next race in the scenic heart of Budapest, Hungary on 16-17 July – are on sale now. For more information on tickets and all the latest, visit www.redbullairrace.com