More World Records Broken in Doha than Ever Before 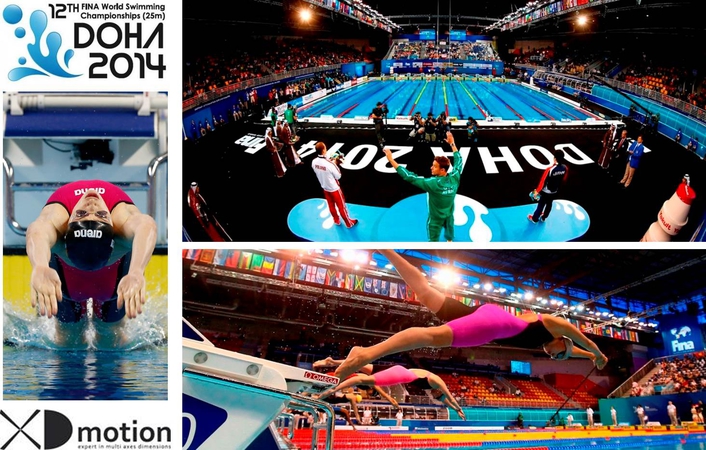 Qatar has catered for every need of more than 950 swimming stars from 172 nations and as a result, successfully created the perfect environment for the athletes to perform at their very best on the biggest stage of the ultra-competitive 2014 swimming calendar. 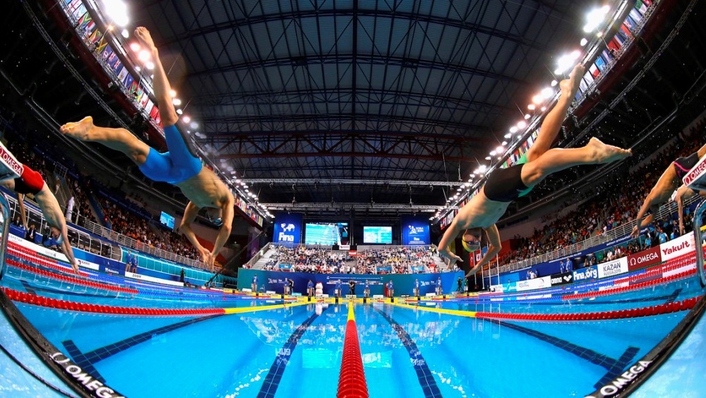 The record books prove Doha 2014 was an outstanding success in the pool but the electric atmosphere created by daily capacity crowds at Hamad Aquatic Centre was equally as impressive and fitting of the one-in-lifetime occasion which will last long in the memories and hearts of local sports fans that experienced the spectacle.

Gopro cameras at the starting  plunge

XD motion was on location to help capture the highlights in Doha for the worldwide broadcasts and achieved a world's first: an underwater slow motion shot with a "PICO" camera on a Polecam. 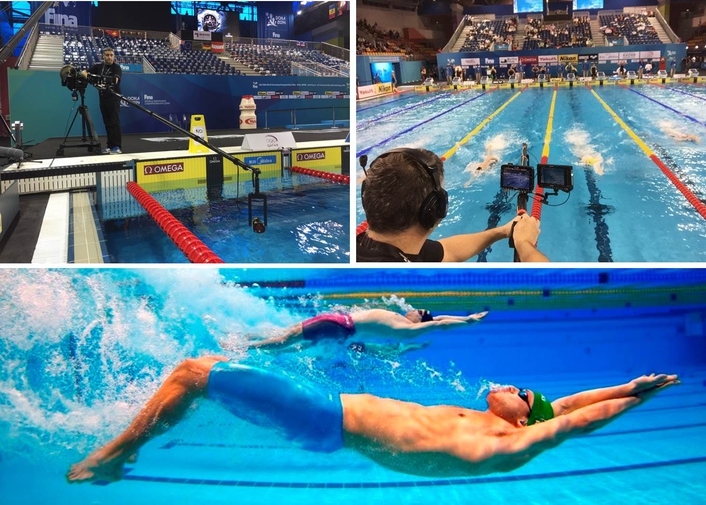 "PICO" camera on a Polecam

XD motion provided also a X track double head near to the swimming pool, a remote head on the ceiling, 2 Gopro cameras at the starting  plunges, and 2 underwater remote heads.

Hamad Aquatic Centre has proved itself as one of the world’s best facilities on a global stage, as hundreds of millions of sports fans around the world played witness to swimming’s top stars producing world-leading performances under its conditions. 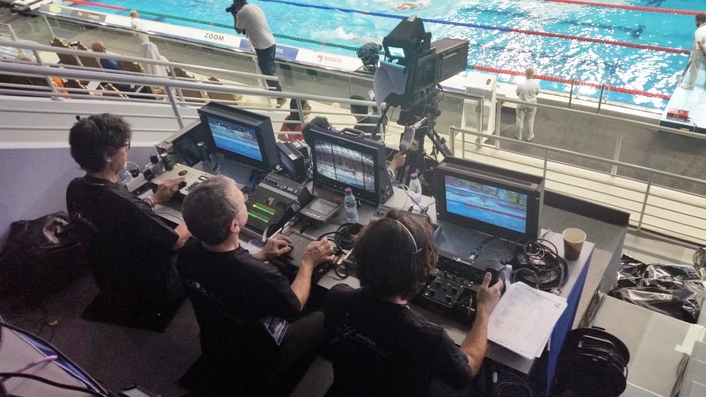 The previous mark of 18 World Records broken during a FINA World Swimming Championships (25m) was set by Manchester in 2008 and was surpassed in the first evening race on the final day of competition when the Netherlands took gold in the Women's Freestyle 4x50m relay. In a dominating showing in the relay events, the Dutch women set an astonishing four of the 23 world records set across the meet. From this impressive list of World Records, fourteen were in individual events while nine were improved in relay action.