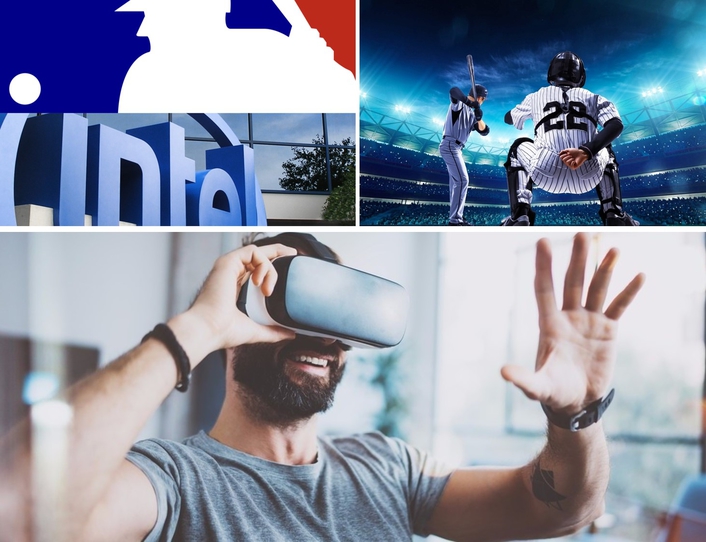 The tech giant has grand ambitions, and thinks that fully immersive live sports is the key to giving fans what they want – Content will be available for free via the Intel True VR app during 2017 MLB Regular season, beginning June 6.

There are hundreds of millions, if not billions, of passionate sports fans around the world. And yet, according to Intel, no more than 1% of those people will ever get to see their favorite team in person. That massive experience gap is at the center of Intel’s ambitious live-sports virtual reality efforts, a series of initiatives that over the next couple of years should solidify the company’s “as if you’re there” philosophy about sports. In the short term, those efforts will focus on single-user, individual experiences. But over time, Intel plans on making it possible for fans to be right in the middle of their favorite team’s action, create personalized 3D highlights, and share them with friends. 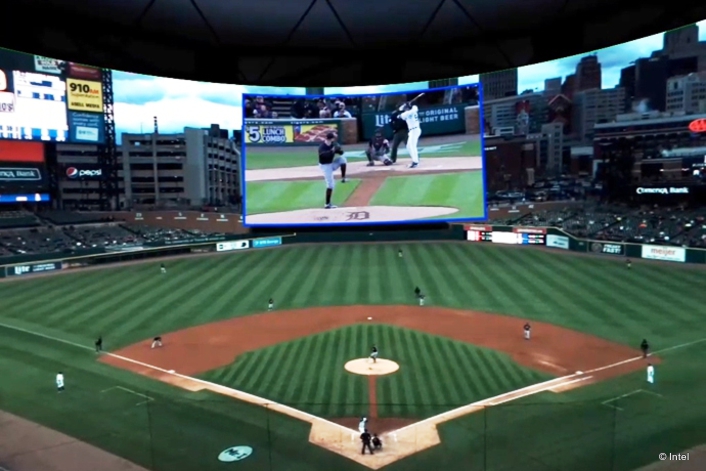 Intel has agreed to a three-year deal with Major League Baseball to bring virtual-reality experiences to baseball fans with Intel True VR. Starting June 6, Intel will live-stream one weekly, out-of-market game every Tuesday via the Intel True VR app, in addition to featuring postgame highlights and on-demand replays of each game. 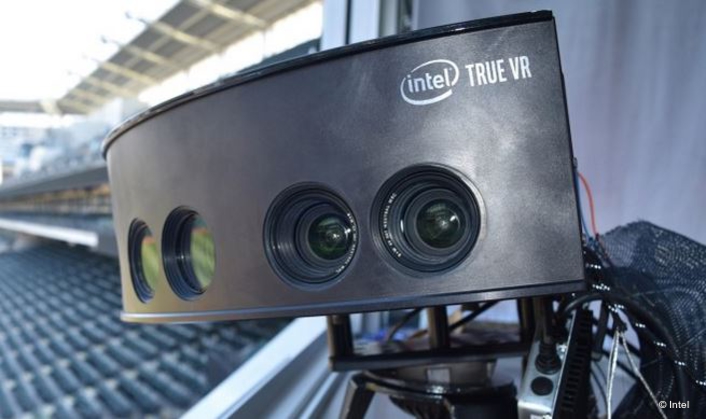 Fans watching the games—via Intel’s True VR app on Samsung’s Gear VR headset—will be able to choose from multiple camera angles around a stadium, each of which will give them a wide, immersive view of the action. The live Intel True VR Game of the Week will deploy an array of 4K-resolution cameras and offer users the ability to control their vantage point by selecting from up to four camera angles per game or a produced VR broadcast experience. Fans will also have access to up-to-the-moment player and team statistics throughout the game, including pitcher and batter data, and will hear exclusive in-app commentary.

Fans will be able to access the Intel True VR experience for the following games in June 2017:

While analysts have predicted that virtual reality will be a $38 billion industry by 2026, it’s not yet a mainstream technology. Companies like Samsung have sold millions of VR headsets, but data suggests few people are using them regularly. Intel is not certain that VR will succeed as a mainstream technology. Still, Major League Baseball wants to be part of shaping what VR could become. 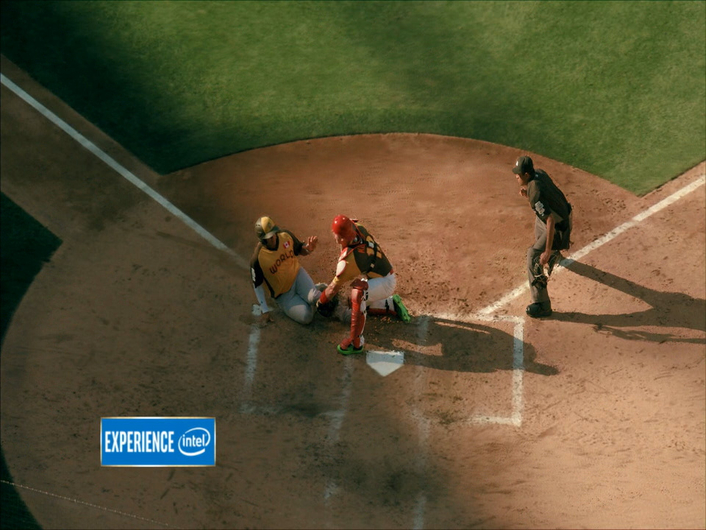 The Intel announcement marks the league’s latest foray into VR: MLBAM announced last month that it will launch an At-Bat virtual-reality app for Google Daydream (which debuted June 1). With At Bat VR, users can consume live games — and many of the data-filled features MLB.com fans have come to expect — in a new way. The app offers a fully immersive, 360-degree environment in which users can access a 3D strike zone, historical and real-time Statcast-powered data, and interactive information like scores, stats, and standings. An MLB.TV subscription also unlocks premium video options, including live-streaming games and full archived games with DVR functionality.

The Santa Clara, California, tech giant is, of course, best known as a chip maker. But its portfolio goes far beyond powering computers and other devices. Recently, it decided to be a leader in VR, acquiring two companies that it hopes will solidify that position. First, it bought Voke, a developer of the VR cameras and technology that’s now at the heart of the Major League Baseball project. It also purchased Replay Technology, which has built a system for panoramic, 360-degree capture and playback of sports highlights.

It is clear that Intel sees VR as a nascent technology, something that shows early promise for transforming a sports viewing experience that Intel says hasn’t fundamentally changed in 75 years, but will eventually be much more—a way to step into the action, being able to see plays in 360 degrees almost as if from the perspective of, say, Tom Brady. 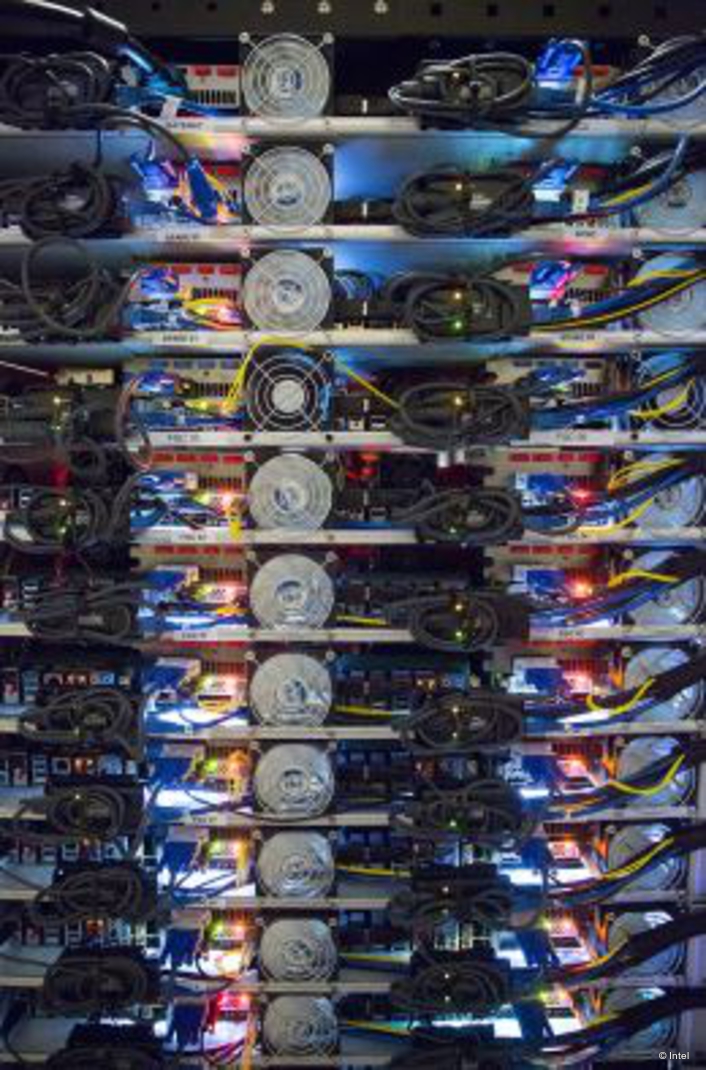 In the short term, those views are going to be curated by Intel, its league partners, and broadcasters. But over time, the company hopes, it will be able to let fans personalize how they see the most important plays by their favorite teams, and eventually, even be able to “walk around” inside live action.

To be sure, the latter goal isn’t coming to a VR headset near you anytime soon. That’s going to take at least two years, if not more, Intel says. It’s coming, though, and when it does, fans should be able to experience sports in the way we’ve all wanted to our whole lives—being on the field, in the huddle, able to see how everyone’s moving, and following the ball as it moves. All without having to take a hit from 300-pound linebackers or 7-foot-tall centers, or having to actually try to hit a 95-mile-per-hour fastball. 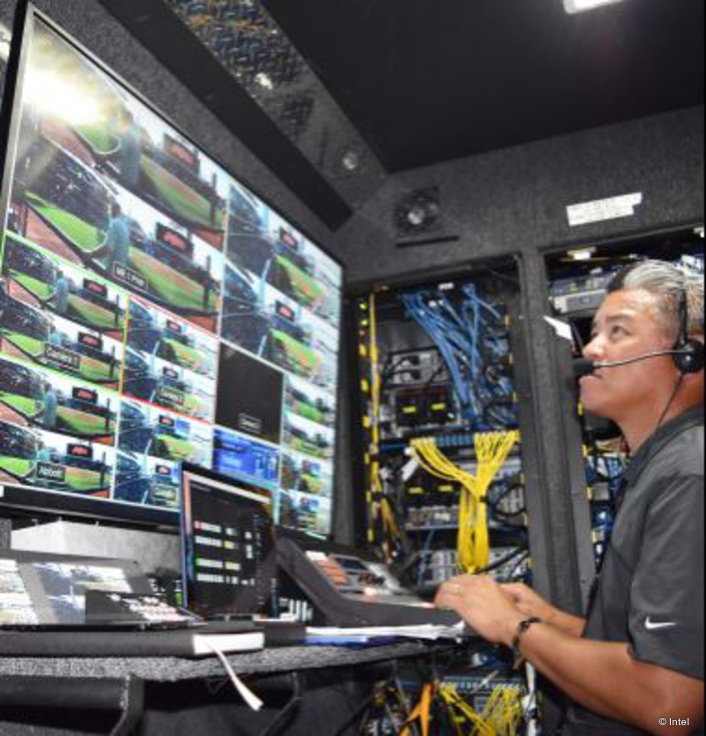 Major League Baseball and Intel will be producing a live VR broadcast of a game every week over the next three seasons. Inside the stadiums, technicians capture and process footage from multiple Intel True VR cameras

The Intel/MLB VR deal caps a busy week of VR announcements in the U.S., coming on the heels of the news that Fox Sports will deliver the Champions League Final in VR and Samsung is launching VR Live Pass featuring live VR experiences for UFC and X Games.

Stereoscopic Now, Volumetric In The Future

When Major League Baseball begins live-streaming games in VR with this Tuesday’s Cleveland Indians versus Colorado Rockies matchup, fans with a Gear VR will be able to select from four different camera views that place them in different parts of Denver’s Coors Field. They’ll also be able to see up-to-the-moment player and team stats, and listen to announcers tailoring their commentary for VR. 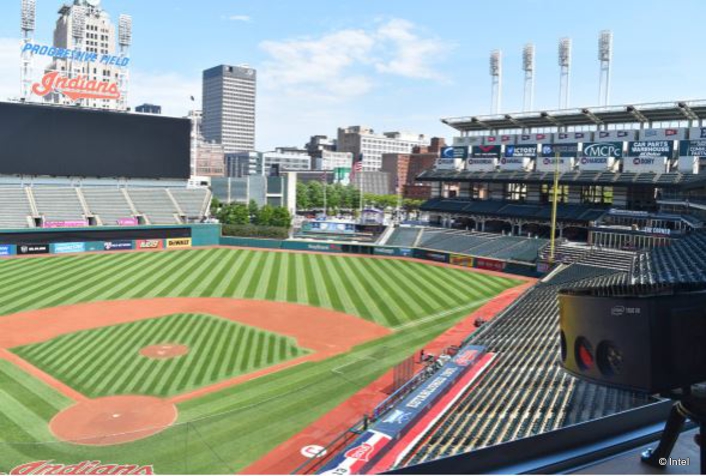 Major League Baseball and Intel have teamed on a three-year pact to broadcast live VR streams of games. The NBA has a similar deal with NextVR

Intel and MLB noted that what fans see when they immerse themselves in the first live MLB VR streams this week will likely have little in common with what they see by the end of the three-year partnership with Intel, given that VR capture, processing, and distribution technology will almost certainly improve significantly over the next few years.

The Intel/MLB VR deal caps a busy week of VR announcements in the U.S., coming on the heels of the news that Fox Sports will deliver the Champions League Final in VR and Samsung is launching VR Live Pass featuring live VR experiences for UFC and X Games.

UEFA to undertake virtual reality camera tests at Champions League
Virtual reality will give an up-close 360-degree viewing experience of the Olympic Games
Virtual Reality for Sports – The Next Big Thing?