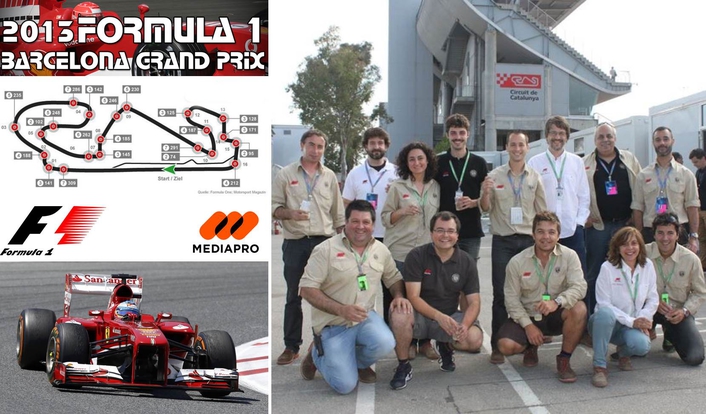 The Grand Prix attracted the highest audience for seven years
Mediapro, the host broadcaster in Spain, managed the distribution of the international signal produced by Formula One Management (FOM) at the Spanish Grand Prix, which was seen in 72 different countries around the world. The Mediapro group provided services for 27 broadcasters who produced customised viewer signals. The broadcast on Antena 3 notched up an impressive 49.2% share and 5.6 million viewers who tuned in to see Fernando Alonso win the race at the Montmeló track. 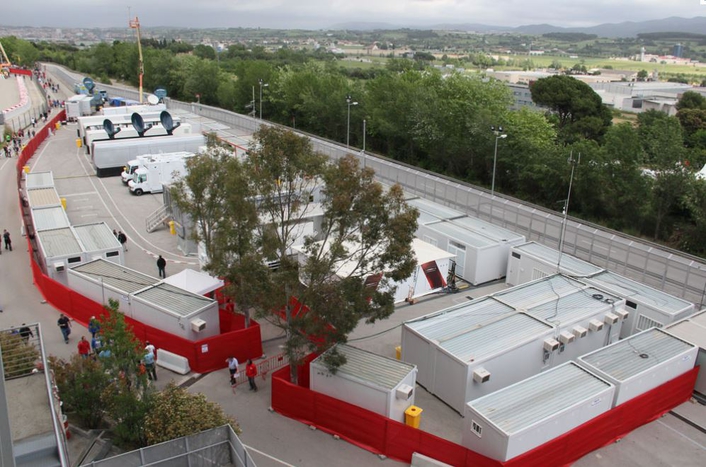 Eumóvil, a company specialising in a comprehensive range of audiovisual services for outdoor events, provided design, installation and technical support services for the TV Compound for the distribution of the different signals requested by the broadcasters during practice, qualifying and the race itself as well as unilateral broadcasts. 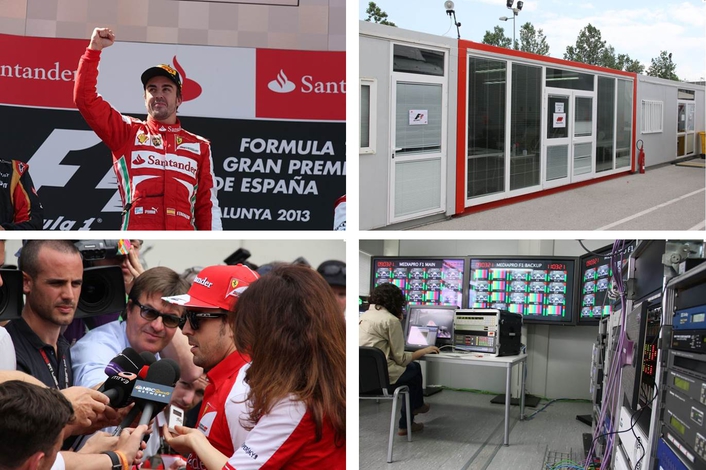 Media Sports Marketing creates a spectacular audiovisual for Santander Bank
The video “Santander brings Formula 1 to Europe” beats its viewers record
With the title “Santander brings Formula 1 to Europe”, Media Sports Marketing created a video for the Santander Bank which has already been broadcast on a host of TV networks around the world. Close to two minutes long the video shows a helicopter carrying a Ferrari F1 car across the seas. After the first four races of the season held in Asia and Oceania the video conjures up the excitement of the race series arriving in Europe for the first time this year for the race in Barcelona.