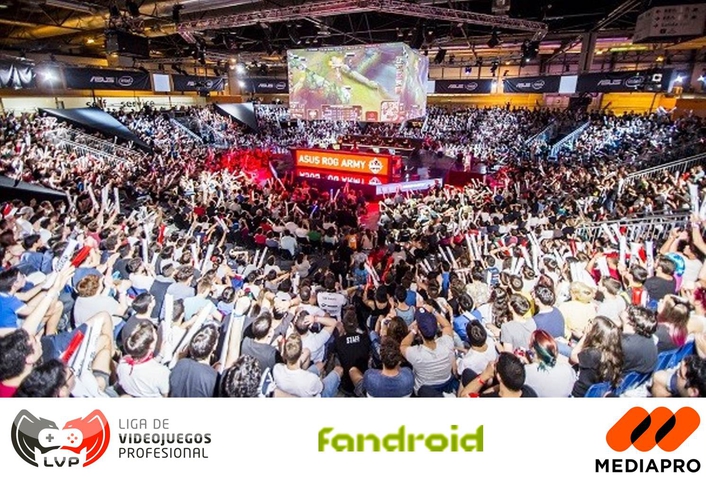 Spain ranks 4th in the European video games market, with gamers playing an average of 6.2 hours weekly per capita / The alliance aims to transform the LVP into the benchmark eSports league in Spain and an international reference

With an annual turnover in excess of 90 billion dollars and competitions all over the globe, video gaming has become the latest professional sport. National leagues and world championships continue attracting followers en masse. The league of reference in Spain (Liga de Videojuegos Profesional) with more than 250,000 registered players joins forces with the European leader in the audiovisual sector, the MEDIAPRO Group, to professionalize, expand and promote competition, thereby consolidating its leadership in Spain in the eSports sector and its position as an international benchmark. MEDIAPRO has acquired a majority stake in the capital of Fandroid, the driving force behind LVP. Operators such as ESPN, SKY Sports, FOX Sports, BBC, Yahoo and Turner all bid for live broadcasts of eSports competitions for their platforms and have made significant headway in attracting younger audiences, promoting leagues and launching themed channels.

It is estimated that in 2016 the global market for eSports will generate turnover in the region of 493 million dollars, which means a growth of 51.7% over the figures for 2015, according to a recent study by consulting firm Newzoo. The spectacular growth of the sector is forecast to continue averaging figures of 45% year-on-year for the next four years, and its main sources of development will be to increase advertising and sponsorship, and the management of audiovisual rights for the content generated.

In the Spanish market, LVP currently occupies the leading position, with audience forecasts for 2016 well above the 10 million mark for accumulated unique viewers for live broadcasts, plus 20 million users accumulated for deferred broadcasts, with a growth of 30% over the figure for 2015. The numbers speak for themselves and also consolidate its position as the best European league.

In addition to all its digital and traditional television formats, LVP manage Gamergy, the biggest eSports event in Spain, which twice a year brings together more than 30,000 gaming fans in person to each of its editions to enjoy the major professional finals of the most popular games, like League of Legends, Call of Duty and CS:Go. LVP also organize a series of tournaments and exclusive events for international qualifying rounds such as League of Legends "The Challengers", which is to be held in the coming days within the context of the Barcelona World Games.

A growing sector
With 15 million gamers, Spain ranks fourth in the European market, behind the United Kingdom, Germany and France. 15 million gamers each playing an average of 6.2 hours per week. With hardly any gender distinction, the passion for eSports is on the increase among younger players with a market penetration of 74% among the under 24 age range and 50% among the 25 to 35 age group. Moreover, the number of fans who follow these sports competitions via different channels on Twitch and YouTube has also increased exponentially. The professionalization of teams, competitiveness, greater sophistication in production and increased audiences are placing gaming content on a par with broadcasts of so-called traditional sports. 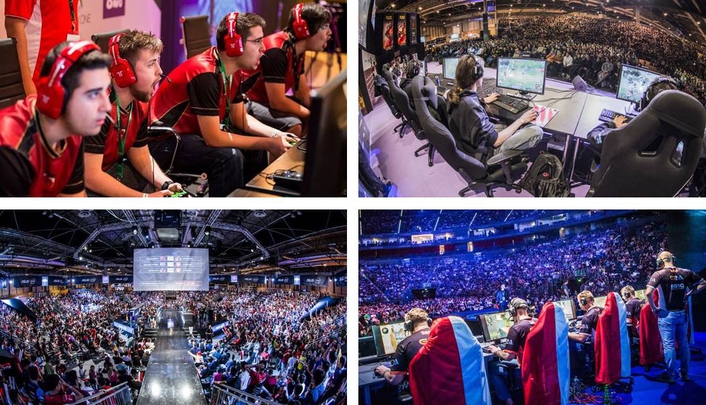 The merger with MEDIAPRO will enable the LVP to avail of greater resources, especially technical, to plan its content strategy and to energize its sponsorship and marketing division. MEDIAPRO brings to the table its expertise in the field of sports rights, audiovisual production and, overall, management of traditional competitions.

MEDIAPRO is the leading group in the European audiovisual sector, unique in its capacity to integrate content, audiovisual production and distribution, and rights management, with business activity worldwide through its 33 offices on 4 continents. The Group is engaged in significant development activity in planning smarts cities, the design and implementation of interactive museum spaces using state-of-the-art technology, and planning multidisciplinary content for marketing and advertising activity. MEDIAPRO provides the creative and technical solutions needed to design, produce and distribute any audiovisual or multichannel project in any corner of the globe.

Fandroid was set up in 2009 by a group of six young professionals from the audiovisual sector who designed the initial version of the product. In September 2011, the broadcast of the first national finals had already accumulated 10,000 unique viewers, a figure that has now grown to 300,000 for the latest edition in June 2016. Gamergy, the biggest eSports event in Spain, was launched in 2014. Fandroid manages the leading professional video gaming league in Spain (LVP) and the audience leader for the entire Hispanic market, ranking as one of the most important stakeholders in the European eSports market. It also owns the broadcasting rights in Spain and for the Spanish-speaking market to the major international League of Legends competitions, one of the most popular games worldwide.