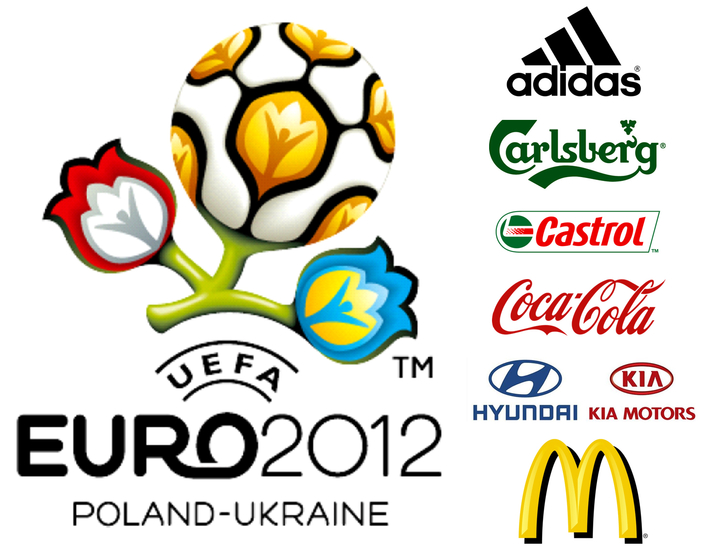 UEFA 2012 Sponsors
UEFA and McDonald’s, a UEFA EURO sponsor since 1992, today announced an extension of their long term sponsorship as Official Restaurant and UEFA EUROTOP Partner covering all competitions within the programme until 2017

As part of its sponsorship agreement, which includes integrated broadcast sponsorship rights in Europe, McDonald’s will continue to provide children with the opportunity to participate in all national team competitions through the sole and exclusive “McDonald’s Player Escort Programme”. In addition, McDonald’s will benefit from exclusive marketing rights and will activate a number of marketing and promotional campaigns across its restaurants giving football fans across Europe the chance to obtain tickets for the relevant events.

“We have been supporting football, from grassroots level to the international tournaments, for more than 25 years,” said Denis Hennequin, President of McDonald’s Europe. “Our Player Escort Programme is a great way of inspiring more young people to participate in the game” he added.

Commenting on the signing, David Taylor, CEO of UEFA Events SA, said: "The commitment of McDonald’s to sponsor UEFA EURO 2012™ and all our EUROTOP competitions is a further vote of confidence in the tournaments we organize and we are delighted to continue our long-standing relationship with McDonald’s.”

UEFA Events SA is a wholly owned subsidiary of UEFA, created to manage and handle the European football governing body's commercial and event operations. It is, among other things, responsible for generating media rights, sponsorship, licensing and hospitality revenue from all professional national team and club competitions, and for managing relationships with all associated commercial partners. In addition to UEFA EURO 2012™ and UEFA EURO 2016™, the UEFA EUROTOP programme includes other national team competitions, such as the UEFA European Under-21 Championship (2011, 2013, 2015 & 2017), the UEFA European Women’s Championship 2013 and 2017, and the UEFA Futsal Championships 2012, 2014 and 2016.