Max Verstappen and Daniel Ricciardo Drone on in Montreal

Montreal, the next stop on the global F1 tour, and to kick start this week’s action at the Circuit Gilles Villeneuve our friends from Red Bull Canada lined up a little challenge with a difference for the Bulls.

Both Daniel and Max were whisked off to the Stade Olympique, a doughnut-shaped arena nicknamed "The Big O" for a taste of some high-speed drone racing. The stadium built in the mid – 1970's as the main venue for the 1976 Summer Olympics was the perfect drone-on-drone battle field.

After a quick transformation of this iconic national arena, a few arches added, Red Bull event truck lined up for some tunes, a couple of Red Bull fridges (of course) and a plethora of drone experts from the University of Montreal all decked out from head to toe with tech and gadgets the metamorphosis was complete. We had our ultimate drone racing playground. 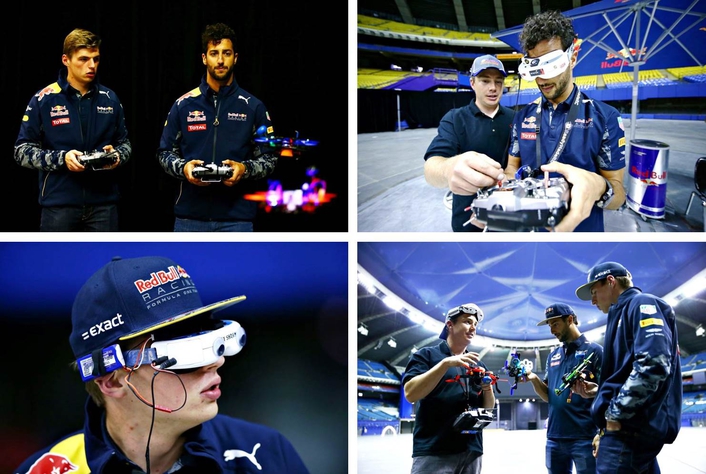 First up the boys had a quick intro course in flying micro drones and after some tips from the pro's, Daniel and Max progressed to some simulator work before being let loose on the professional FVP (first person view) racing drones. With the support and filming crew quickly shuffling to find some cover in stadium tunnels, hiding under stairwells and the rest nervously hovering about... Daniel and Max took to the air for their debut flights.

Like a duck to water Max got the hang of drone manoeuvring within minutes. "I've had a go on a few standard ones you can buy but the racing ones are pretty different. We got some good instructions and I really enjoyed it!" said a buzzed Max who was clearly attuned to this type of activity from hours spent gaming in his youth.

Daniel on the other hand took a steadier approach at the start and besides losing a drone somewhere in the top tier of the Olympic Stadium, towards the end of the day he'd honed his drone racing skills. 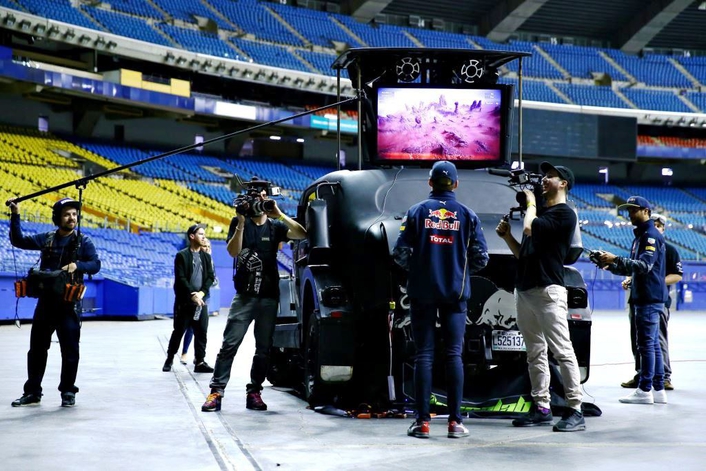 "I've never done it before and it showed! It's a lot harder than it looks. Not that I expected it to be easy" said Daniel. "You need a lot of fineness and there is so many different movements to balance and manoeuvre the drone. It's multitasking at its finest. Definitely a new experience." 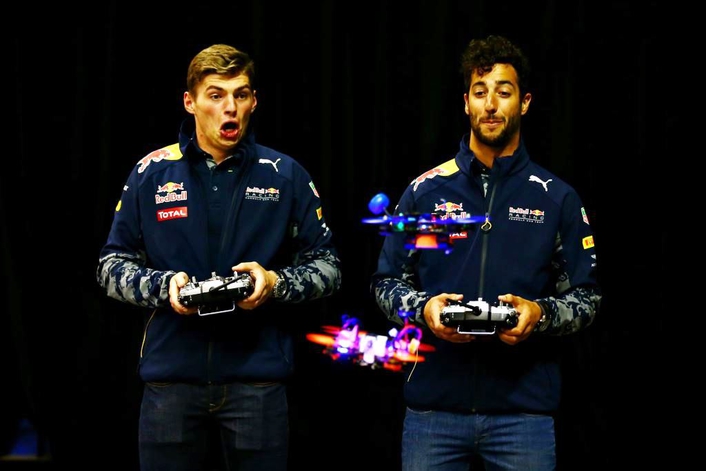 A final flurry of racing between the two, clearly highlighted that F1 drivers can easily adapt to new tech and that their hand-eye coordination skills give them a clear head start. Now with the Canadian Grand Prix ahead the guys are fully focused on speed, racing and a track with a much more familiar feeling about it.