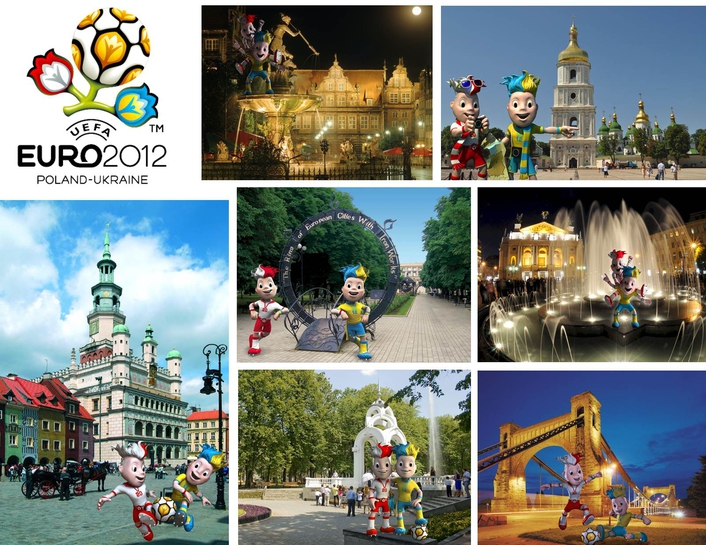 More than 12 million ticket requests made between 1 to 31 March on UEFA.com
The sales of tickets for the UEFA European Football Championship taking place in Poland and Ukraine between 8 June and 1 July 2012 closed on 31 March with an impressive total of 12’149’425 ticket requests made by fans worldwide. This sets an all-time record for the UEFA European Football Championship and represents an increase of more than 17% from UEFA EURO 2008.

With applications from no less than 206 countries worldwide, the demand for the various types of tickets available for UEFA EURO 2012 has exceeded supply for all matches of the final tournament. This means that lotteries will be carried out in order to allocate tickets. These lotteries will be made by UEFA under notary supervision between 19 and 22 April and successful applicants will be informed via e-mail before the end of April.

Polish and Ukrainian citizens have shown huge interest in purchasing tickets, to such an extent that nearly 88% of the overall requests have originated from the host nations. Amongst countries with high application numbers, Germany - with 2.82%, Russia – with 1.16%, and Switzerland – with 1.00%, reflect the strong desire of their fans to attend UEFA EURO 2012 in Ukraine and Poland.

The tremendous success of the ticket sales proves the huge interest of football supporters towards UEFA EURO 2012, and clearly shows that the event is eagerly-awaited not only in the two host nations, but also all around the globe and that millions of fans are looking forward to a three-week festive celebration of the best European national teams’ football has to offer in the summer of 2012 in Poland and Ukraine.