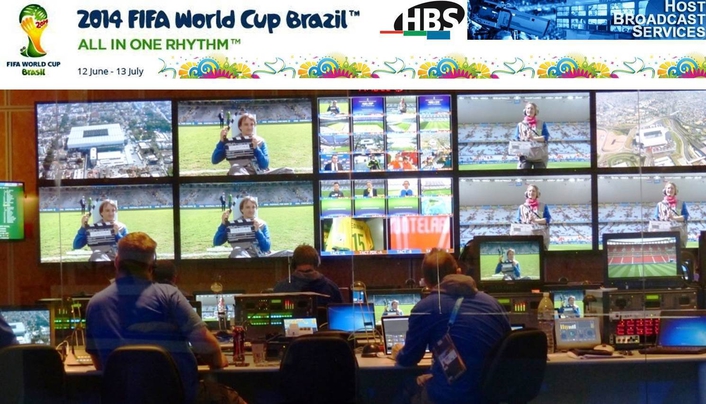 The Quality Control Room is located on the FIFA World Cup™ Plaza at the IBC
“Whenever you do a thing, act as if all the world were watching,” said Thomas Jefferson, third President of the United States, and while he may not have had the FIFA World Cup™ in mind his sentiment certainly sums up the HBS approach.

With all the world watching the 2014 FIFA World Cup Brazil™ it is essential that all content meets the pre-determined standards and remains consistent across all content from match footage to interviews to features. That is where the staff of the Quality Control Room (QCR) come in. 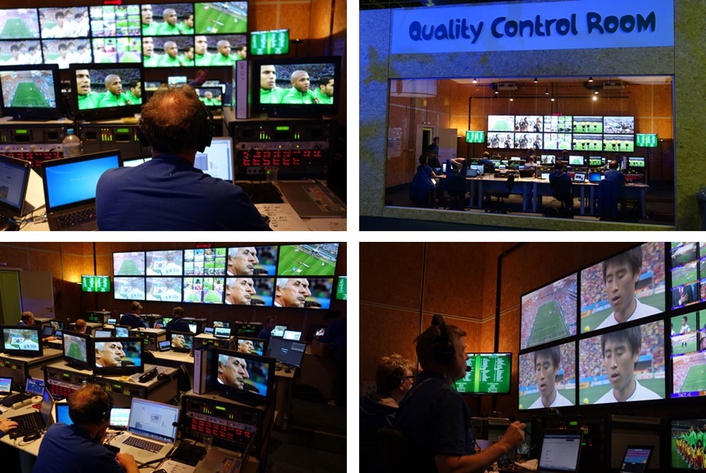 Working within the broadcast industry, the QCR staff know exactly what to monitor and what to alert Match Directors

A large monitoring gallery allows simultaneous monitoreing of all feeds produced by the Match Production Teams at the venues as well as by the various production personel at the Production Centre, showing all multilateral feeds being ingested/outgested onto/from the FIFA MAX.

The QCR works in close conjunction with the Production Control Room (PCR), with the QCR focusing on the consistency of quality while the PCR deals with technical issues. The QCR is also in constant contact with multilateral production teams at the venues in order to discuss any irregularities or inconsistencies.

Luckily the staff in the QCR are well versed in the exact roles that they are monitoring. “We are all practitioners,” says Rob Edwards, Quality Control Supervisor. “My job in the UK is that of a sound director. I do sound mixing, we don’t just do quality control. When not working for HBS, we are doing the same jobs as our colleagues are doing here.” 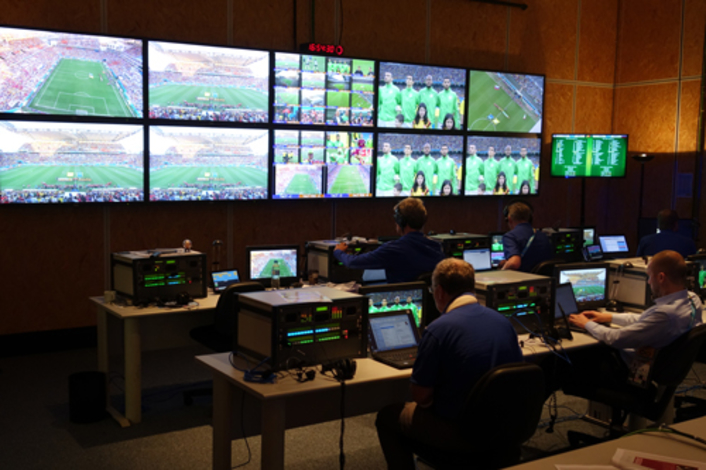 As well as monitoring the video output, the QCR also monitor the audio.

That factor is important, not only because it means the QCR staff are up-to-date with the current technology, but also because they know what it is like to be on the other side of the fence. “We are removed from the stadiums, so we haven’t got quite the same pressure that they have, but we know what it is like.” The understanding of the issues faced by the Match Directors at the venues makes the task of ensuring that the FIFA World Cup™ Production plan is adhered to that much easier. 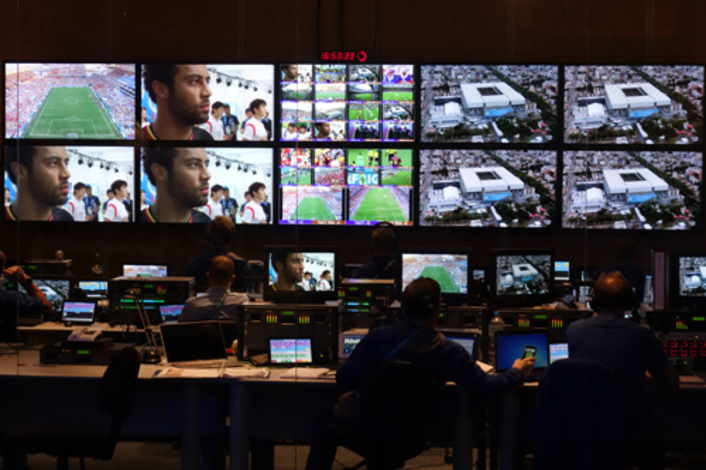 Carrying out the line-up with venues is also a duty of the QCR team, in partnership with the Master Control Room (MCR)