LMC at the FIS Alpine Skiing World Championships 2013 in Schladming 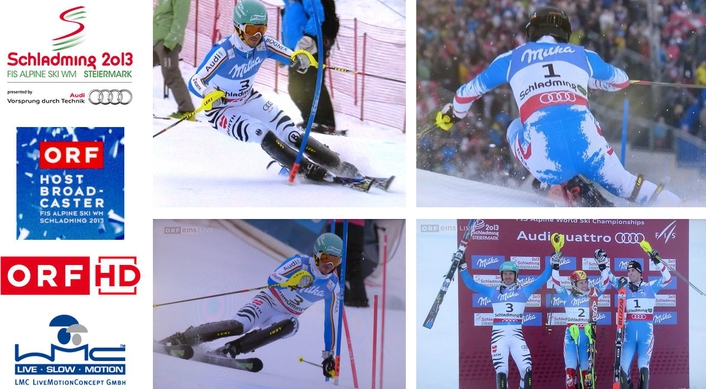 Every athlete was covered in UltraSlowMotion during his race
LMC LiveMotionConcept GmbH - manufacturer of UltraSlowMotion cameras and specialist in providing professional production services for sports TV - supplied multiple Antelope systems as well as a variety of analysis tools at the Alpine Skiing WC in Schladming Austria.

For hostbroadcaster ORF two mobile production vehicles were supplied by LMC of which one had two Antelope MkIIs UltraSlowMotion systems and one PICO POV UltraSlowMotion camera on board.

The MkIIs systems were moved between the men and ladies slopes every day with the help of helicopters. During the event they recorded the athletes during their performance with up to 2.500 frames/second. The enhanced detail function which is implemented in the latest version of the MkIIs CCU guaranteed to make visible every little detail when showing the extreme action of  the best alpine skiing athletes of the world. 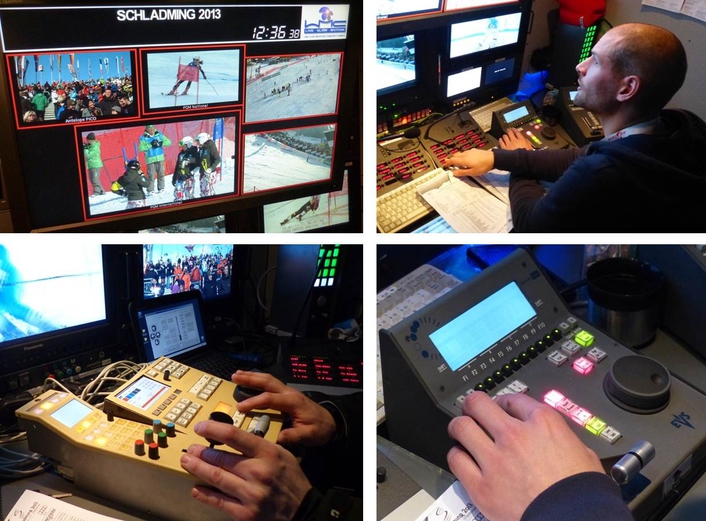 The Antelope PICO was mounted in the middle of the main grandstand and recorded pure emotions of the crowd with up to 340 frames/second. For the first time at a major FIS event these emotional replays were shot in high speed.

The brand new version of the Antelope PICO will be available for purchase and rent just before NAB. It is based on an improved 2K highspeed chip and supplies LIVE video output in all HD formats plus a de-flickered replay channel with up to 340 fps.

On top of that LMC supplied a special Antelope replay feed which was delivered to the “ORF House” via Riedel´s MediorNet. A huge LED Cinemascope AOTO display (delivered by Faber Audiovisual) was used to show these stunning replay feeds throughout the whole day.

The second LMC vehicle was in charge of the production of the analytical content for the international signal and for ORF´s national program. LMC supplied a Dartfish system which recorded the clean world feed as well as 3 isolated analysis cameras to produce Simulcam and Stromotion analysis clips. The isolated camera feeds were pre-cut on a LGZ Replay System.

The finished analysis sequences were clipped on an EVS XT2 HD server and played out both into the national ORF HDOBvan FÜ22 and into the two HDOBVans which were producing the international signal: tpc’s HD-1 for the woman’s competitions and TVN’s Ü2HD for the men´s competitions. 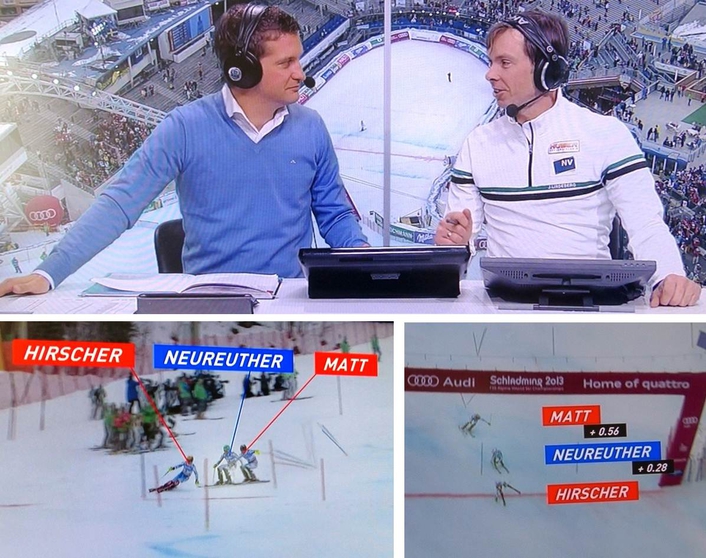 In addition LMC installed a Paint Touchscreen in the ORF green screen studio. The switchable input gave the experts all opportunities to graphically enhance in-depth analysis and actively step in and show where a split of a second makes a difference.