Lighthouse and TS Sports a Hit at The Big House 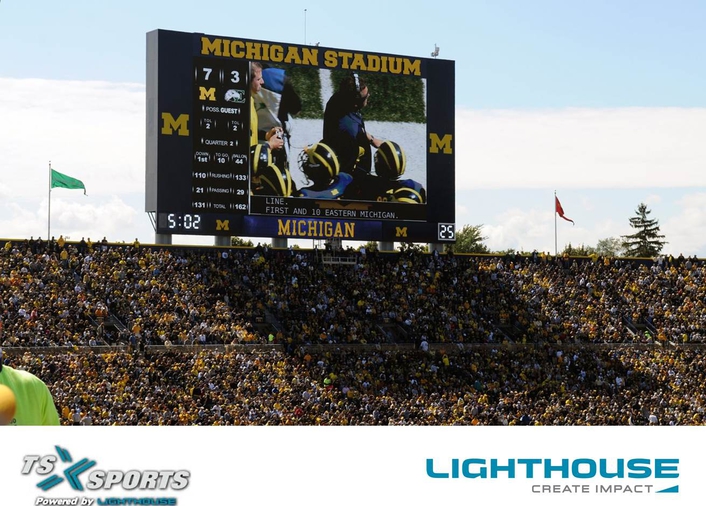 The Big House, the largest stadium in America, now houses two of the most impressive LED video screens in the world - twin Lighthouse Impact 16 LED video boards, located at opposite ends of legendary Michigan Stadium at the University of Michigan.

Approaching the stadium from the north or south, fans, opponents and Wolverines – the University’s home teams - are greeted with the impressive housing of the LED video screens - a giant maize coloured "M" on a blue background - striking each group with different impressions: Wolverine football players and fans are coming home; opponents are entering one of the most intimidating football stadiums in the world.

Inside the stadium, Michigan fans are treated to a professionally-produced pre-game program, featuring player interviews, game highlights, entertainment segments, and a one-on-one interview with head coach Brady Hoke, who breaks down the previous week's game for early arrivers. The sound system is pitch perfect, the LED video brilliant and colourful. While the programming on the Lighthouse LED video system gradually builds in the run up to game time, the video features and music become more urgent, preparing the crowd for the battle to come.

Once both teams are on the field, the new Lighthouse LED video system enables the University of Michigan to present what is likely the most intimidating pregame video in college football. Current Michigan football players come onto the screen with high-energy graphics and game highlights swirling around them.

Once the game begins, the Michigan production team presents the game, replays, stats, in-game features, around-the-country scores and highlights, and between-play music, all coordinated with the on-field play, for the kind of live production that makes attending a sporting event better than watching it at home.

At the Big House, the capabilities and flexibility of Lighthouse LED video enable the production team to begin with the game being played on the field, and then add in the conveniences and visuals of watching the game at home. For a sporting experience, this is better than the sum of its parts.

This season, Lighthouse LED screens have become a part of Michigan's intimidation factor, a spectacular addition to the Michigan fan experience, and an integral part of the ultimate program in college football.

In addition to teaming with partner and LED video systems integrator TS Sports, Lighthouse collaborated with market-leading LED innovator and developer Cree, based in Durham, NC, bringing their vast experience and exceptional LED technology to the high-profile University of Michigan project.

“Lighthouse is proud to work with Michigan Wolverine football,” says Ed Whitaker, Director of Sales for Lighthouse NASA. “Lighthouse technology and Michigan athletics share the qualities of excellence and vision.” 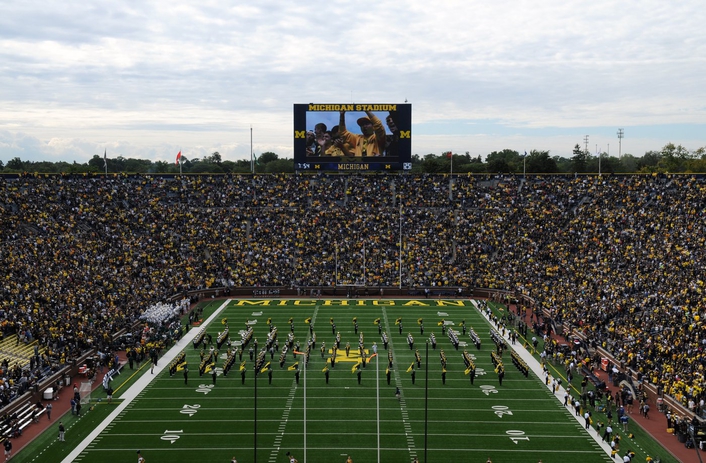