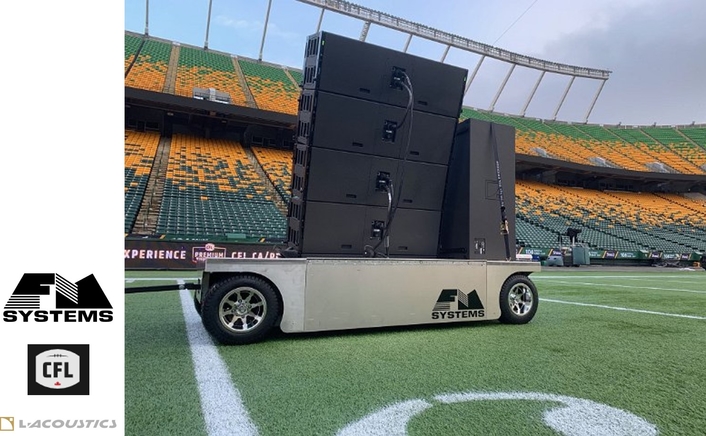 The CFL’s version of the Super Bowl saw Canada’s two top teams vie for the trophy, while fans in the stands heard the entertainment close up and clearly thanks to cart-mounted K1 loudspeakers on the stadium’s sidelines

The Canadian Football League’s 2018 season concluded on Sunday, November 25 when the Calgary Stampeders defeated the Ottawa Redblacks 27-16 in the 106th Grey Cup, held in Commonwealth Stadium in Edmonton, Alberta.

While fans in the stands of the largest open-air stadium in Canada (seating capacity of 55,819) saw a great game, they also heard from some fantastic entertainment. Brother-sister country duo The Reklaws got the audience fired up during the pre-kick-off show, and then Canadian songbird and Grammy Award-winner Alessia Cara rocked the half-time show. FM Systems ensured that all sounded fantastic thanks to a uniquely deployed L-Acoustics K1 sound system, loaded on custom-fabricated carts that were brought onto the field for the performances, and then wheeled out during game play.

“The deployment was incredibly smooth,” says Josh Burnett, General Manager at FM Systems, the Calgary, Alberta-based rental company and L-Acoustics Certified Provider distributor (CPd) that designed and handled the field and stage sound systems. “We had the aluminum carts custom made to be both strong and light, so we were not limited in terms of the amount of sound we could get on the field. We literally covered the stadium with K1.” 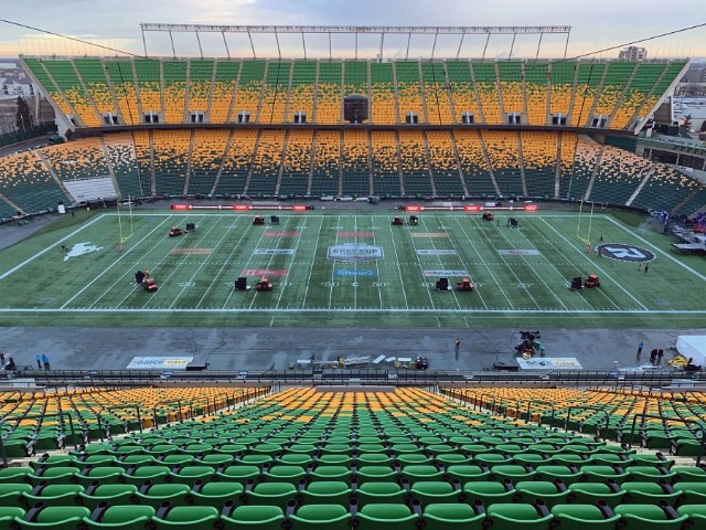 Each of the eight carts were loaded with five K1 enclosures, with a KS28 subwoofer placed vertically next to the K1 stack. These carts were towed into place for the opening and halftime entertainment events, four per side, along the venue’s sidelines. Each cart was connected to one L-Acoustics LA12X-loaded LA-RAK II amplifier rack via a multipin connector.

Control and signal distribution were handled at front-of-house by the L-Acoustics P1 processor, controlled through L-Acoustics Network Manager software. Signal to the amplifier racks was distributed to each side of the field via AVB over fiber. Two Luminex GigaCore10 switches at front-of–house accepted AVB from the P1 processor and sent the audio to two additional GigaCore10 switches on each sideline to drive all of the LA-RAK II. Both the P1 and LA12X accept AVB natively, so there were no extra conversions needed.

One key reason the L-Acoustics system was chosen, along with its sonic qualities, was for reliability in the anticipated intense weather conditions during Canada’s version of the Super Bowl. The temperature at game time was reported to be a “balmy” 30° F or -1° C. The LA12X amplified controllers were kept running continuously during the entire event, assuring that they were ready to roar for the music performances, and neither the performers nor the amplifiers skipped a beat. 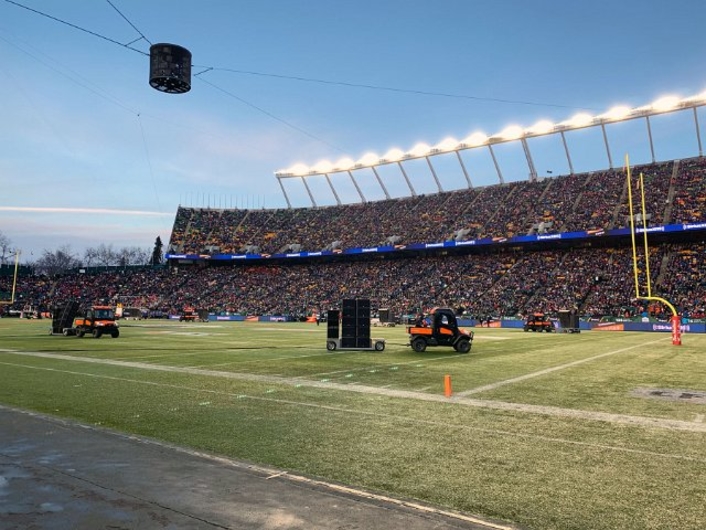 “The K1 system was the perfect solution for a critical game and entertainment event because it met so many of the requirements, including AVB compatibility, real-time monitoring, performance in cold weather, and SPL capability to cover the seating areas consistently,” says Burnett, who was also the system tech onsite for FM Systems. “It performed perfectly.”