When Kyle Camarillo was selected for the REDirect skateboard filmmaking competition sponsored by RED Digital Cinema and famed skate park, The Berrics, he chose to film his entry with Freefly Systems’ MōVI™ M10 camera stabilizer. “We’ve always skated alongside the skateboarder to capture footage, so keeping the camera steady is what we always strive for,” Camarillo says. “Using the MōVI perfected that as well as opened up new doors.”

An award-winning skateboard filmmaker, Camarillo titled his video Gold and Grey. Filmed on the RED Epic, it features professional skateboarders Jack Curtin and Miles Silvas in a cinematic vignette of skateboarding throughout the streets of San Francisco.

Due to the spontaneous type of shooting that skateboard films require, Camarillo’s limited crew and gear were nothing out of the ordinary, but he faced additional challenges while under the pressure of a competition. “I wanted this video to have the feel of skating with a friend,” he explains. “So we did a lot of shots where the skaters would crisscross or follow each other. Figuring out where the tricks would occur and how the camera could be moved between them was really fun but proved to be the most difficult feat. It’s impossible to shoot with something like a Steadicam while skating down a hill, but the MōVI M10 was so lightweight and easy to use. I didn't receive any training prior to our shoot. I just watched the tutorial videos online, set it up in Majestic mode and shot; the outcome was extraordinary!” 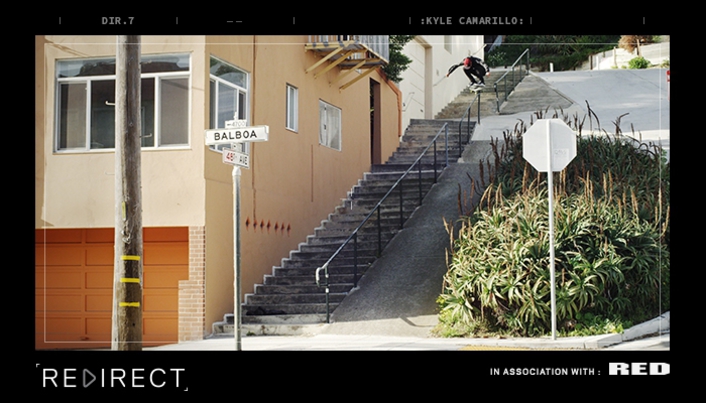 In addition to the RED Epic and a MōVI M10, Camarillo’s other tools consisted of Nikon 7-14mm 2.8, 50mm 1.4 and 70-200mm 2.8 lenses; neutral density filters; and Adobe Premiere editing software. “With professional skateboarding, most of the tricks are so difficult that they are only going to happen once,” he says. “In order to have additional options when editing on a very low budget, I shot some at 48 fps, so I would have the extra frames if I decided to slow the clip down. When I knew for sure that I wanted a certain clip to be viewed in slow motion, the MōVI M10 made it much easier to capture the shot at 96 fps with a 45-degree shutter, so I could get a nice combination of crisp images with a minimal amount motion blur.” 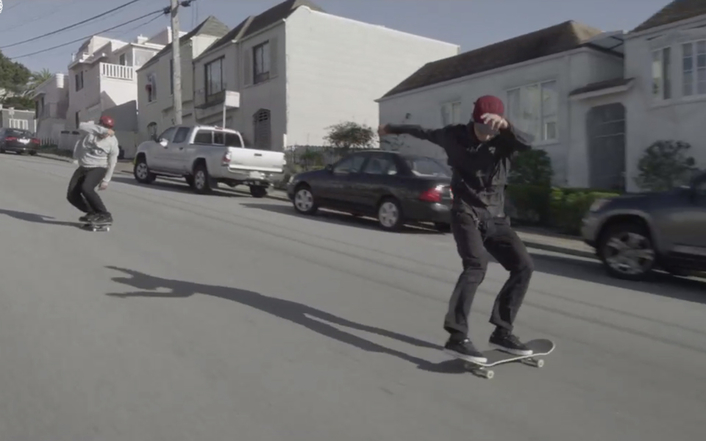 REDirect is a celebration of skateboard filmmaking sponsored by RED Digital Cinema and The Berrics, a privately owned indoor skate park and a website that provides content filmed in the skate park as well other skateboard-related media. The competition featured 12 visionary filmmakers, each of whom was responsible for generating the most unique video through their own creative vision. Each contestant was provided with a RED Epic camera package to work with.

To view Camarillo’s video, which premiered on The Berrics’ website, go to http://theberrics.com/redirect/kyle-camarillo-gold-and-grey.html