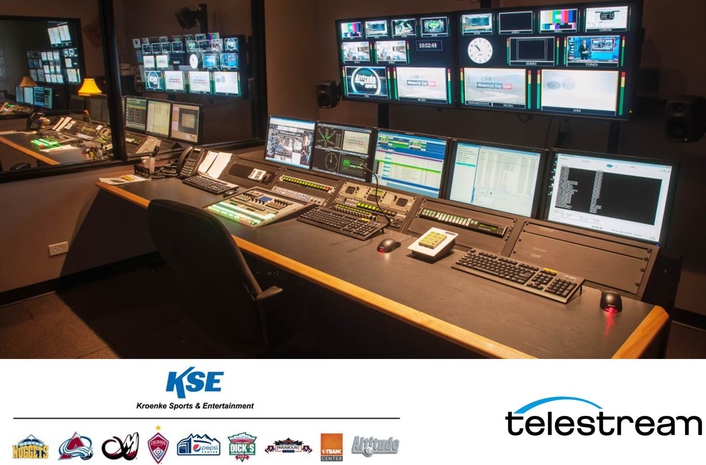 While each network has its own unique operational requirements, they share the same basic workflow that spans a broad range of functions, such as media ingest, capturing metadata, adding closed captions, transcoding file formats and quality control.

“The workload involved with preparing all this digital media for network delivery is daunting. We’re talking about 50 to 100 shows per channel, along with hundreds of ads and promos every week,” said David Zur, GM & Senior Vice President of Operations & Engineering for Altitude Sports & Entertainment. “In today’s file-centric world, it would be impractical if not impossible for us to perform all these tasks in a manual process.”

“That’s why it’s critical for us to integrate these multi-channel workflows into a single, unified environment and automate wherever possible. To do this, we chose Telestream Vantage because it’s a scalable, enterprise-class transcoding platform that has the horsepower to automate and process multiple workflows simultaneously. It’s designed to keep a busy, high volume operation like ours moving.”

KSE now owns four Vantage systems running on Lightspeed Servers which were merged and configured into a load-balanced array by KSE’s technology partner, IEEI.TV, to create a powerful transcode farm. “Our goal was to merge and upgrade our Vantage and Lightspeed array to form a more powerful, integrated system capable of scaling up to meet our complex and growing demands,” said Steve Carter, Chief Engineer for Altitude Sports and Outdoor Channel. “We also wanted to make sure we were using this transcode farm efficiently across all our entities, rather than working in silos.”

KSE is also in the process of adding two new Telestream Lightspeed K80 Servers to its current Transcode Farm to effectively double its current transcoding capacity, as well as deploying Traffic Manager to simplify and automate the way ads and syndicated content are received and managed. 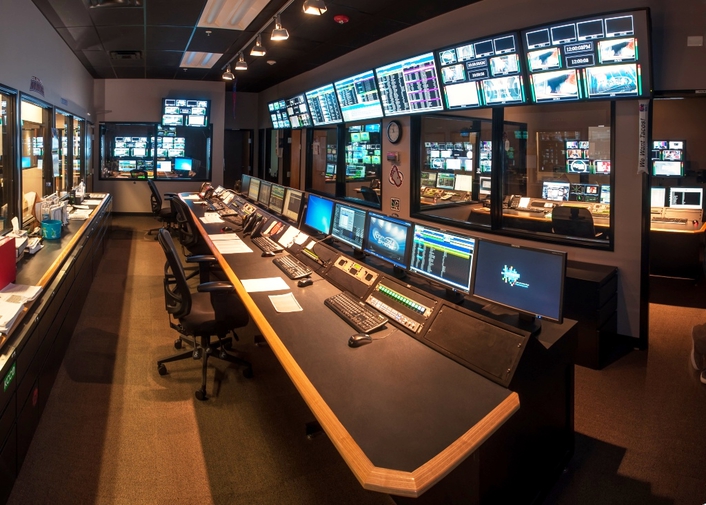 “We now have an integrated multi-channel environment and every piece of media that comes in for any of our entities goes through the same Vantage pipeline to be prepped for network delivery,” Carter added. “Vantage has become the heartbeat of our on-air media processing workflow.”

The four networks at the Centennial, Colorado NOC each require at least two or three Vantage workflows that users set-and-forget. While there are four networks, Vantage must actually handle transcoding for a total of seven linear streams.

Each show, promo, ad or other content requires its own unique workflow, such as converting the source material to a particular file format, merging closed caption files, and adding letterboxing or “wings” to make 4:3 SD media suitable for the widescreen. Metadata is added, including active format descriptors (AFD).

Vantage automatically picks up the files it must work on from designated watch folders on the Apace storage. When the transcoding is finished, it deposits those files into different “for air” folders destined for playout. The ingest team picks up the finished files and QCs them, marks the start and stop points to designate program breaks and ingests the files into the Crispin broadcast automation system and Harmonic servers for playout. The KSE networks also rely on Vantage to transcode media for their video on demand and international distribution.

“Without Vantage, we’d be working very long hours exporting many files out of Premiere or Final Cut,” said Carter. “While Vantage is converting and prepping a massive amount of media for network delivery, it’s not complicated. And our engineering group is very pleased with Vantage because they don’t have to spend a lot of time dealing with it.”

“You just drop the media into the watch folder, Vantage picks it up and outputs the exact version you need on the other end,” Carter said. “It works in a very simple fashion. That’s the beautiful thing about it.”

About KSE Media Ventures
KSE Media Ventures, LLC. is a wholly owned subsidiary of Kroenke Sports & Entertainment and is the corporate management entity for all of KSE’s Media interests, which include Altitude Sports & Entertainment television and radio, a 50% interest in World Fishing Network, The Outdoor Channel, Winnercom productions, Aerial Cameras and the Network Operations Center located in Centennial.