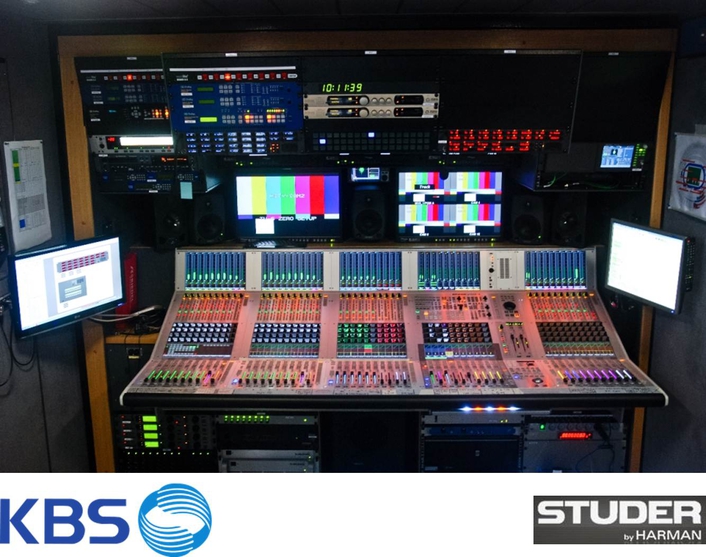 52-fader Studer Vista 9 anchors the audio system, which is optimized for 5.1 Surround Sound
Korean Broadcasting Systems (KBS), the largest broadcasting company in South Korea, has outfitted its new high-definition OB van with HARMAN’s Studer Vista 9 digital mixing console. Broadcast Solutions GmbH of Germany installed the Vista 9, along with a complete audio/video system within the vehicle. The OB van was built by Broadcast Solutions and Dongyang Digital Co., Ltd. of South Korea. The van was first put to use at the 2011 IAAF (International Association of Athletics Federations) World Championships in Daegu, Korea, held August 27 to September 4.

The multi-room van includes an audio production room, where the large-frame, 52-fader Studer Vista 9 anchors the audio system, which is optimized for 5.1 Surround Sound monitoring and mixing. The Vista 9 couples its popular Vistonics™ user interface with radical and innovative TFT-based metering, FaderGlow™ and numerous other innovations. The metering gives precision feedback on signal status, displaying signals in the upper section of the screen, while the lower portion can show bus assignment or for surround channels an image of the surround composite, providing a clear and easily understandable display of the surround signal and an innovative History mode where each channel’s recent behavior can be displayed for up to 50 seconds.

“KBS likes the tradition of reliability, high quality and high performance of Studer products,” says Bruno Hochstrasser, GM of Studer. “Studer’s advancements in digital technology, including the intuitive Vistonics user interface, have enabled KBS to tackle the power of digital in unprecedented fashion.”

In addition, KBS has ordered a second Vista 9 console with 52 faders for one of its television production studios in Seoul, which will be installed in November 2011. Also, four more Vista 5 consoles have been ordered and will be installed later this fall in four new HD OB vans for the four regional main centers in Pusan, Kwangju, Daegu and Daejeon. These new upgrades are the latest in a long line of Studer purchases by KBS, which has a total of 11 large-frame D950 mixers and nine large-frame Vista 5, 6 and 8 consoles in daily use in television production and live television news studios throughout South Korea. 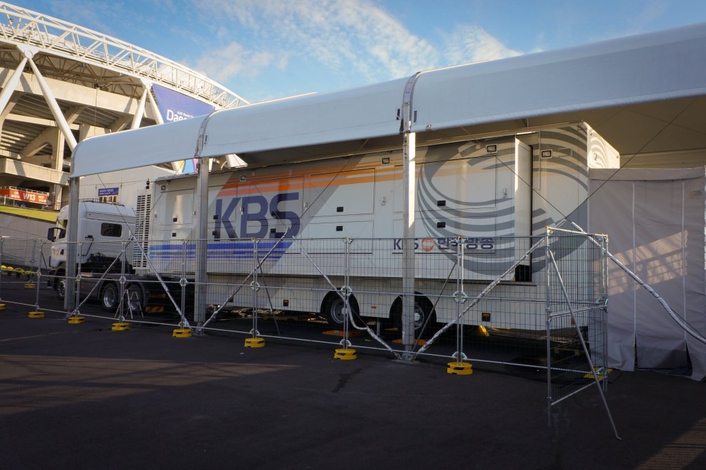 KBS OBVan built by Broadcast Solutions with the Studer Vista 9