The event posed several challenges as there was a need for three PA systems with local inputs at each system mixed and distributed to all three systems simultaneously.

Half way up the hill, connected via 120m of Cat5 the first MixRack had local inputs from the Red Bull DJ truck, together with outputs for the second PA system adjacent to the DJ truck, and an ACE link to the second rack. 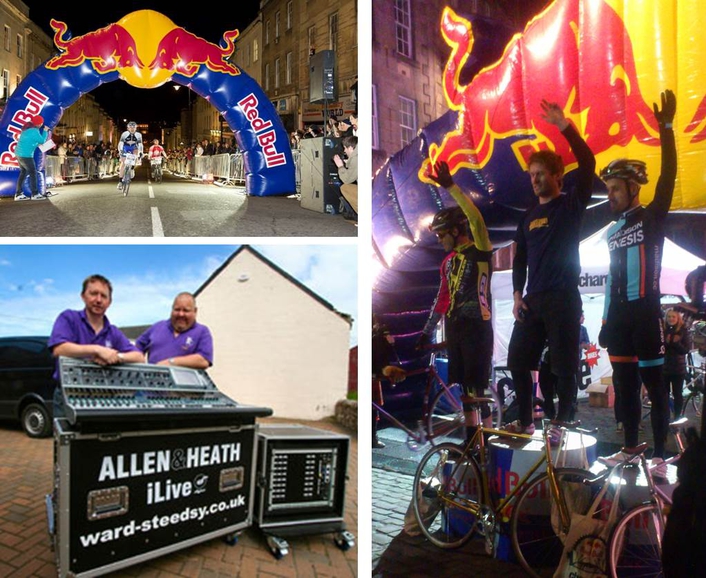 “Setting up the system in dual MixRack mode takes a few more minutes of preparation time, but once it was set up at our premises and everything tested it connected together on site in minutes and performed flawlessly throughout the event” – Steven Ward

“As this was a city centre event with a strict road closure policy we had a very limited time frame to set-up and test  three  systems, so running Cat5 cables instead of traditional bulky multicores was an attractive solution” – David “Steedsy” Stevenson