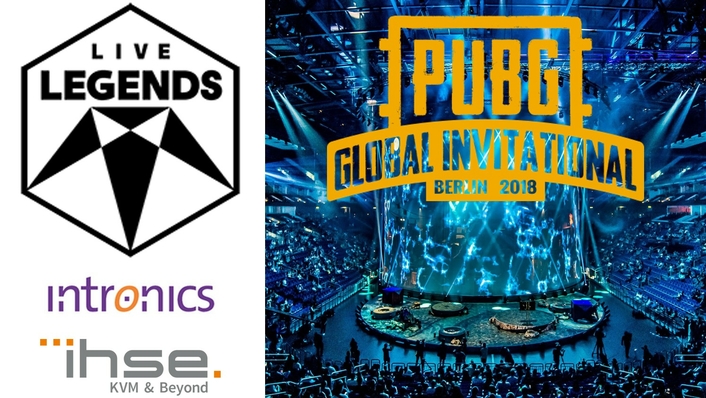 The long-anticipated PGI (PUBG Global Invitational 2018) event in the Mercedes Benz Arena in Berlin promised to be an epic battle. This heroic battle required a show and decor of epic proportions.

PUBG (PlayerUnknown’s Battlegrounds) is a computer game where up to 100 people parachute from an airplane to an island or desert. Players search for weapons and equipment to defend themselves or to attack other players. A deadly electric field drives the players together and at the end of the game one player (or team) is the winner. 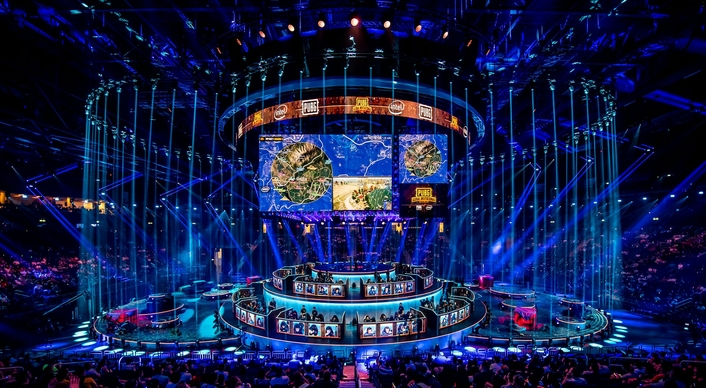 At PGI, that meant a chance to win a share of the $2,000,000 prize pool. At PGI there was room for 20 squads (teams) of 4 gamers from all over the world who had won the preliminary rounds. 20 game desks were placed on a round stage in the middle of the arena. Gamers’ webcams could be viewed on screens in front of the desks and the current game was presented on large screens above the stage. Spectators were able to follow the game just like a normal sports game. For the grand opening a 27.5 meter diameter cylinder was placed around the stage onto which a film was projected.

For the video displays, PGI used 680 square meters of LED screens and 48 30,000 lumen laser projectors. To provide the massive number of pixels with content, a server park was needed, which included eight disguise media servers. IHSE, a global market leader in the supply of core technology to live events and e-sports, played a key role in managing and controlling the crucial media servers.

Live Legends: transforming e-sports into live experiences Live Legends, located in Abcoude, develops concepts for all types of events and has provided services to major festivals such as Awakenings and DLDK as well as high-profile business conferences for Philips, Vopak and Microsoft. The company also works in product presentations, concerts, television programs and musicals like The Bodyguard. In addition, it has undertaken the complete design of clubs in China. 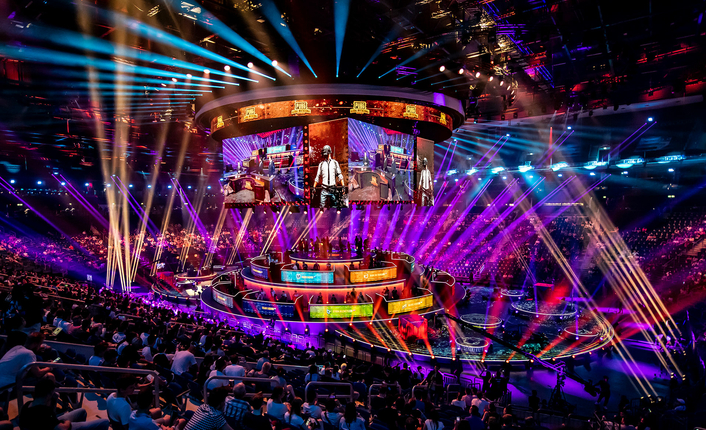 Live Legends was commissioned by Production Associates to develop a concept for PGI. Live Legends put together a team of light designers and operators, stage designers, a content director, visual effects artists, media server specialists, an audio designer, a set manager and a special effects artist. In addition to the technical design, the team also managed the show content and controlled the light, video, choreography and pyrotechnics.

Controlling events video at small events is usually a fairly straightforward task: a media server is used to provide content, operated by a controller using a single screen, mouse and keyboard. However, at Live Legends shows one server is not enough. However adding additional computer means extra screens, mice and keyboards.

Dave van Roon, Senior Media Server / Video Specialist at Live Legends explains: “In addition to the conventional content that we play in disguise media servers, we use Notch more and more often. This is a real-time content workflow. This is something that an operator can create or influence. It increases the role of an operator and makes it possible for multiple operators to work together in a team. 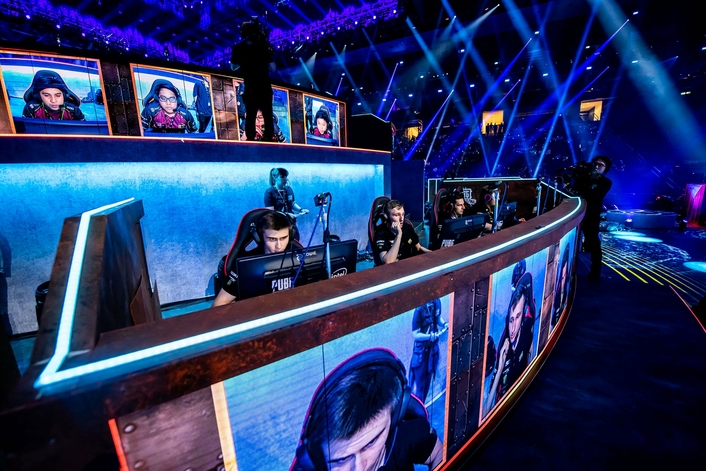 When working in a team, it is inconvenient if screens are attached directly to individual computers; operators frequently need to change workplaces and use dedicated keyboards and mice to work on another system. At some shows there may be eight screens and six mice and keyboards. Rapidly selecting the right keyboard in the dark accompanied by loud, distracting, music can be extremely difficult. So a configuration for a standardized workplace was created: comprising three screens regardless of the number of connected computers and each set of screens operated with one mouse and one keyboard. Additionally, each workplace supports the connection of a remote laptop. 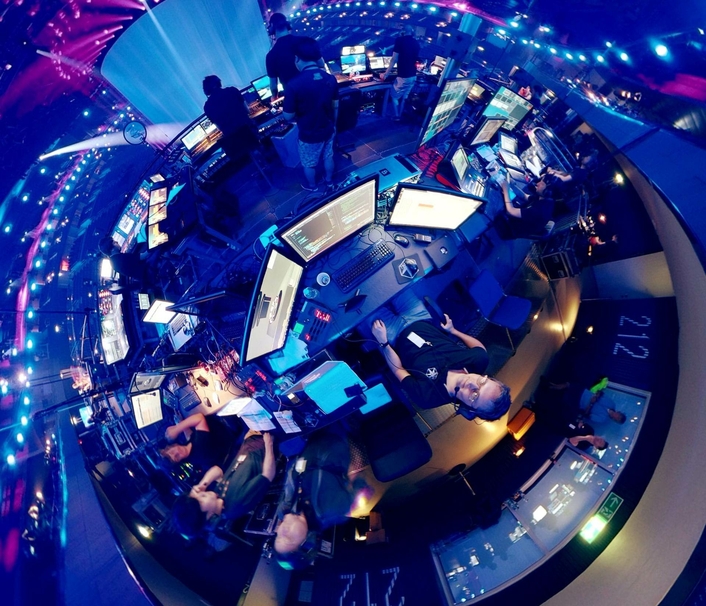 Managing a show is a complex process and it must be possible for operators to respond instantly to what is happening on stage. Therefore the KVM system connecting the operators to their computers must not introduce any loss of quality, must be stable and be able to switch instantly. Signal delay is unacceptable. Software solutions drain too much processing power from computers that are already heavily burdened with graphic software and cannot intervene at the BIOS level. IP has too much delay. We needed a hardware solution with proprietary infrastructure.”

With experience in the field of KVM infrastructure, Live Legends came to the right place at Intronics. Thomas Rouw, Business Development Manager at Intronics, looks back:

When Dave approached us, he already had a preference for IHSE, which, in view of the proprietary protocol, robustness and reliability, seemed a good choice. “Multi-screen control” in which different screens can be operated seamlessly with the same mouse and keyboard, totally met their way of working. That’s why I gave a demo in the Live Legends studio, to show how it all works and that an IHSE solution would be compatible with their media servers.

Although our IHSE system is relatively small, Intronics did everything they possibly could to assist with system development, selection of modules and configuring it on location. At PGI, the server city stood in a corridor on the ground floor, but the two operators were sitting front-of-house on the balcony in the arena, 30 meters away. Without the IHSE system, this would have been a major challenge. 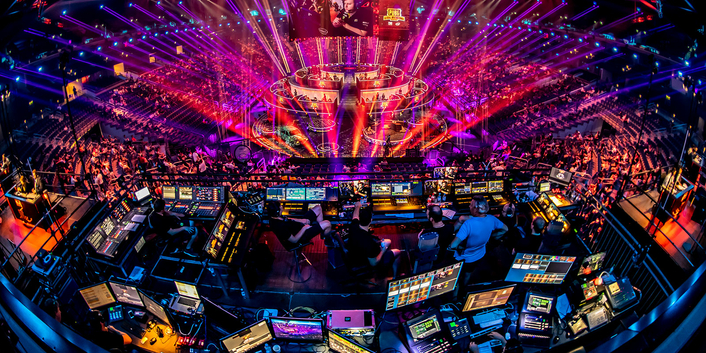