IBC2017 tackles the big business of fan engagement in sport 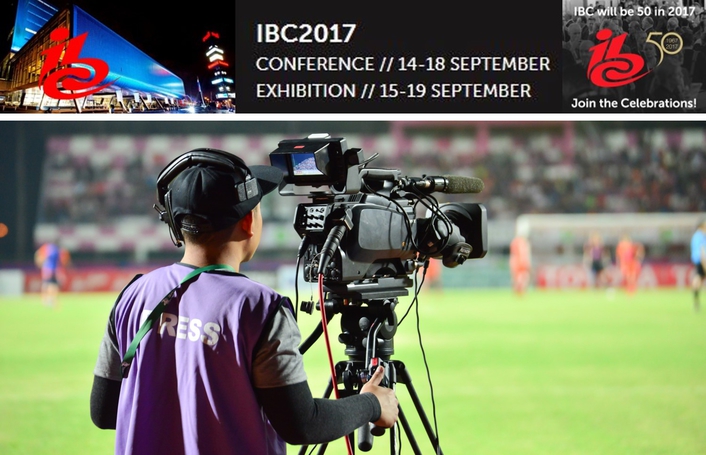 IBC’s Platform Futures conference strand on Sunday 17 September will examine the expanding business opportunities surrounding traditional and alternative sports coverage and rights management, with a focus on the crucial topic of fan engagement. Leading figures from major broadcasters, innovative sports organisations and sports marketing companies will examine how to create, distribute and monetise sports content that enhances fan experiences, particularly for live sport, while providing new revenue streams. The conference strand will also highlight the exciting opportunities for broadcasters in the burgeoning eSports sector, which is forecast to generate more than £1bn in global revenue by 2020*.

As sports broadcasters come to terms with the multi-platform consumption of content by both hard-core fans and casual viewers alike, Peter Hutton, CEO, Eurosport will open Sunday’s conference stream with a keynote presentation giving insights into Eurosport's epic transformation of its company culture and business model to meet market demands for highly desirable content and ubiquity of access.

The conference stream also looks at the phenomenon of ‘alternative sports formats’, which provide exciting, different and lucrative alternatives to traditional competitions. From Twenty20 Cricket to Rugby 7s, these competitions have captured the hearts of fans and the cash of sponsors. The session features Chatri Sityodtong, CEO and Founder of the ONE Championship, one of the largest promoters of Mixed Martial Arts (MMA). Mr Sityodtong will discuss his vision to build a major sports property for Asia set around the region’s ancient culture and traditions, while embracing 21st century content distribution via social media and smart devices as well as traditional broadcasting methods.

Also speaking in this session is Hussain Naqi, Senior Vice President for International Development for Jacksonville Jaguars – the pioneering American football team that committed to be London’s unofficial NFL team in 2013. The Jaguars participate in the highly popular NFL International Series, which stages regular season NFL games at international stadia including Wembley Stadium (UK), Twickenham (UK) and Estadio Azteca (Mexico), building a dedicated following for the NFL outside the USA.

"It is my honor to lend my own personal experience and inspiration to the global audience at IBC2017. This is a great opportunity to tell the world the story of Asia's largest sports media property. ONE Championship is paving the way for the true beauty of martial arts to flourish in Asia, led by its inspiring and humble homegrown martial arts heroes. Martial arts has united an entire region with tales of bravery and showcases of heart and skill and I am thrilled to receive this opportunity" said Chatri Sityodtong, CEO and Founder of the ONE Championship.

Sports leagues, teams and platforms want to create compelling opportunities for fans to engage as often as possible. Ben Cronin, Global Lead of Network Client Solutions, Publicis Media Sport & Entertainment, will lead a panel of experts to discuss how engagement has supplanted reach as the ultimate measure of brand and campaign value, and will examine how content creators and owners can craft, promote and monetise opportunities for fan interaction.

The unprecedented growth of eSports, and the exponential opportunities for broadcasters, will also be a hot topic at IBC2017. eSports generally sees multiple professional players take each other on at real-time strategy,  first-person shooter (FPS) or multiplayer online battle arena (MOBA) games, and FIFA football e-sports leagues are growing with the backing of European football leagues and clubs. Tournaments such as the League of Legends World Championship, the Evolution Championship Series and the Intel Extreme Masters are now broadcast live to millions, with lucrative prizes on offer for competitors and major brands taking sponsorship deals.

To demonstrate the impact and excitement surrounding eSports, IBC2017 will host two of the leading eSport champions competing remotely on the big screen, from 12.45pm on Sunday 17 September.