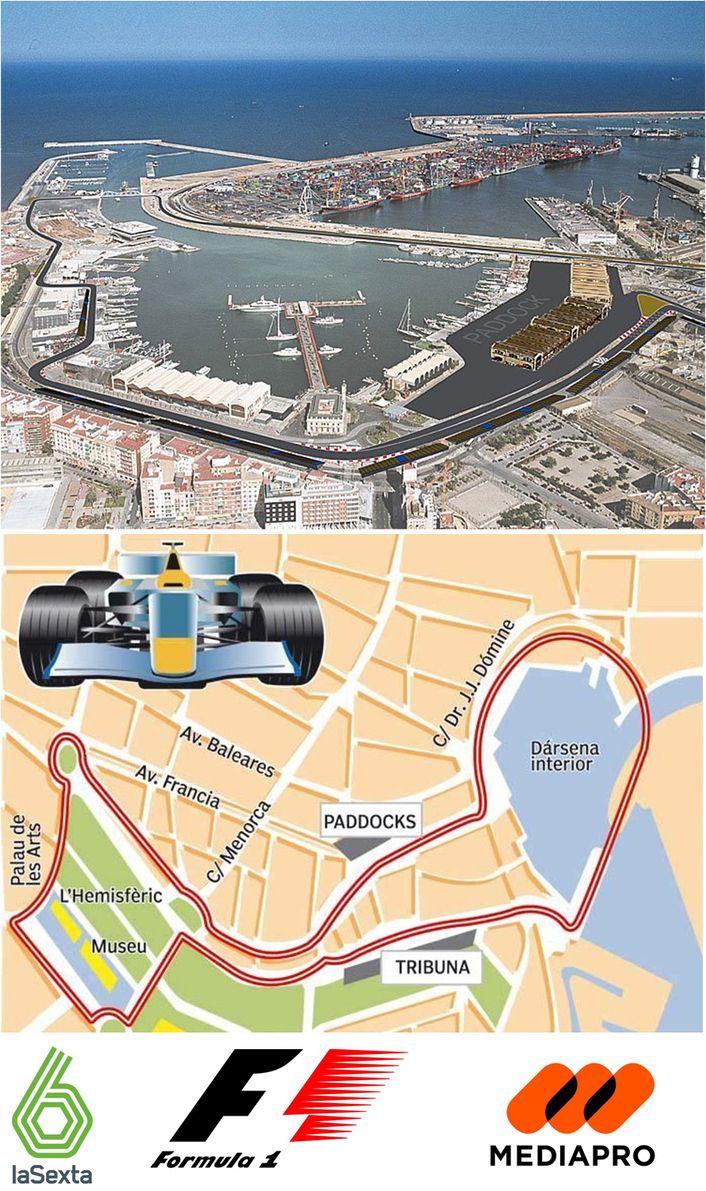 F1 Grand Prix Valencia 25th to 27th June 2010
laSexta is preparing a huge technical and staff deployment for this week’s European Grand Prix on 25th, 26th and 27th June in the streets of Valencia. In order to cover the Spanish leg of the race championship in what is turning out to be one of the most exciting series of races ever, the channel is deploying a big team of technicians and a host of cutting-edge technical equipment.

Antonio Lobato will be accompanied for this big event by the team’s star commentators: Marc Gené, winner of Le Mans 24-hour race and Carlos Sainz, two-time rally world champ. Nira Juanco, Jacobo Vega and Óscar del Castillo will be around the track, pit lane, paddock and boxes, bringing viewers all the latest news from this vital race for the championship standings.

laSexta has prepared a huge technical package to cover the Grand Prix in a spectacular and innovative way. The network will customise the signal provided by FOM (Formula One Management) with equipment that includes two HD radio frequency cameras for comprehensive coverage of the qualifying and the races themselves. In addition, the channel will also move in a 15-metre mobile unit equipped with all the latest audio and video technologies and it will send the signal via a 18 inch aerial satellite, one of the biggest on the market.

As part of the special coverage of the race, the 2-hour pre-race programme will feature different reports about Spanish drivers: Fernando Alonso, Pedro Martínez de la Rosa and Jaime Alguersuari. In addition, viewers will be able to enjoy the GP2 Series race which returns to competition at the Valencia Street Circuit after a short break, the second race to take place in Spain this year and which has moved up to June in the race calendar. 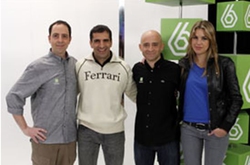 The race championship is as open as ever with the first 5 drivers within 20 points of each other. Lewis Hamilton leads the standings with 109 points, 3 more than his team-mate, Button, 6 ahead of Webber, 15 ahead of Fernando Alonso and 19 ahead of Vettel. Standings which could be turned on their head in this week’s race.

Fernando Alonso comes to Valencia looking for a spot on the podium, something he’s been unable to manage in the last two years in the short history of the race in Valencia. In addition, the Spanish driver from Asturias and double- world champ premieres a new F-10 with a host of upgrades for the race this coming weekend and hoping that the car will be able to lift him to the top spot on the podium.