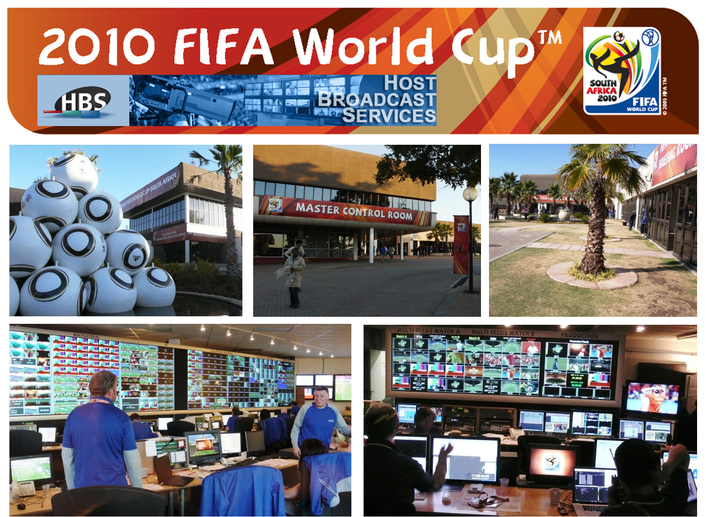 IBC at the Expo Centre NASREC in Johannesburg
Appointed as the Host Broadcaster for the 2010 FIFA World Cup™ in South Africa, HBS has decided to renew its successful collaboration with EVS for the supply of instant tapeless technology and support services during the production of this world class event. The Production Plan for the 2010 FIFA World Cup™ is based on standards ‘substantially similar’ to the 2006 FIFA World Cup™, with some innovations and improvements. Other partners of HBS at the IBC and at the Venues are Barco, Camera Corps, Dolby, Grass Valley, Lawo (ABS), Media Broadcast, Panasonic and Riedel. 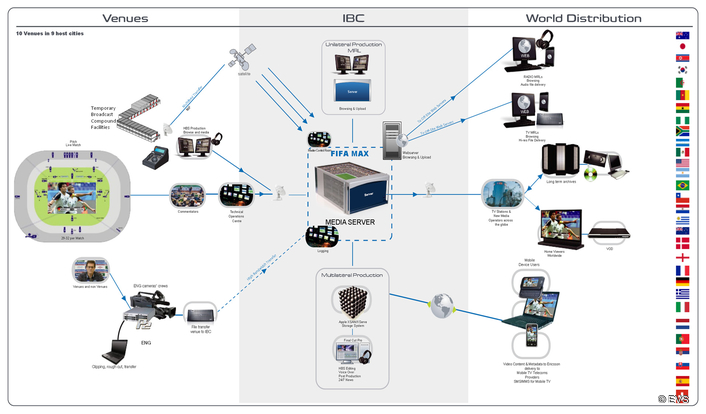 Host Broadcast Operation for the Venues, the IBC and the World Distribution

EVS technologies are employed at different levels of the host broadcast production, including the live production of the 64 matches at the ten Broadcast Compound Facilities, where EVS systems will be used for the live slow-, super- and ultra-motion replays, as well as the compilation of the best clips and highlights creation.

Please read the Case Study by clicking at the below Link