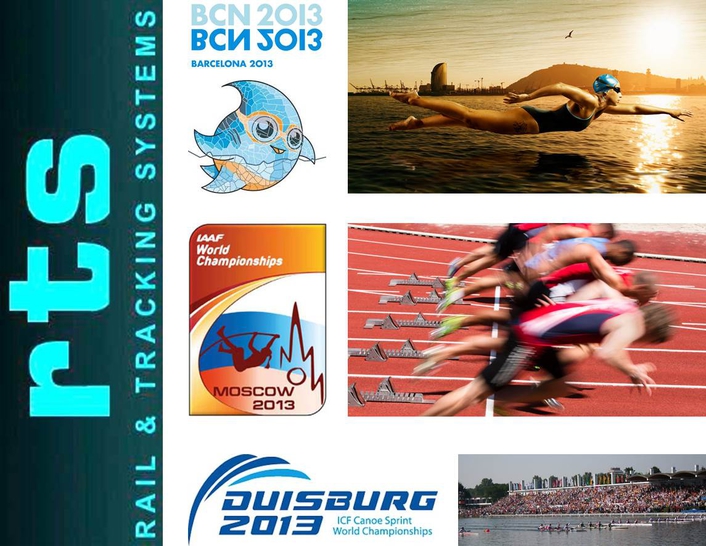 RTS TrackRunner in Barcelona, Moscow and Duisburg
The distinctive white dolly with its double camera mounts has become a familiar part of television broadcast at international live sports events, not just from the time of the Olympics in Peking 2008.

Recently the RTS TrackRunner, which is the correct name of the system made in Germany, achieved a sportsmenlike masterstroke : after the Swimming World Championships in Barcelona taking place July 19th to August 4th in Barcelona and the IAAF Athletics World Cup in Moscow in mid-August the TrackRunner achieved a real Hattrick being applicated at the Canoe Sprint World Championships in Duisburg at the end of August. 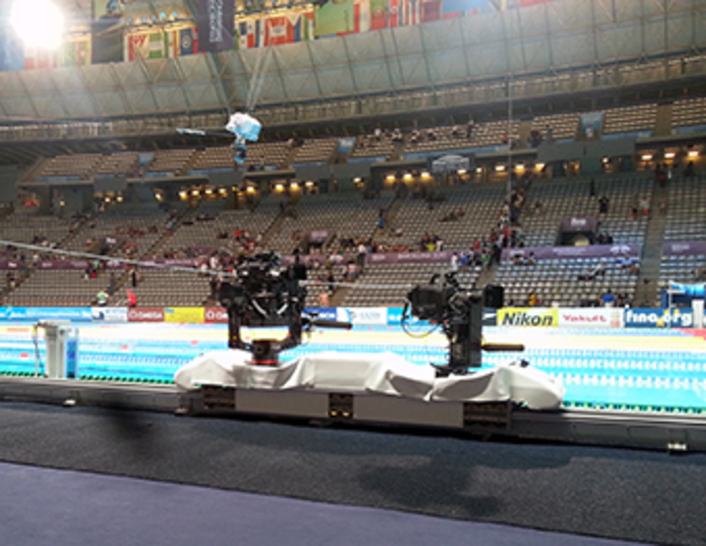 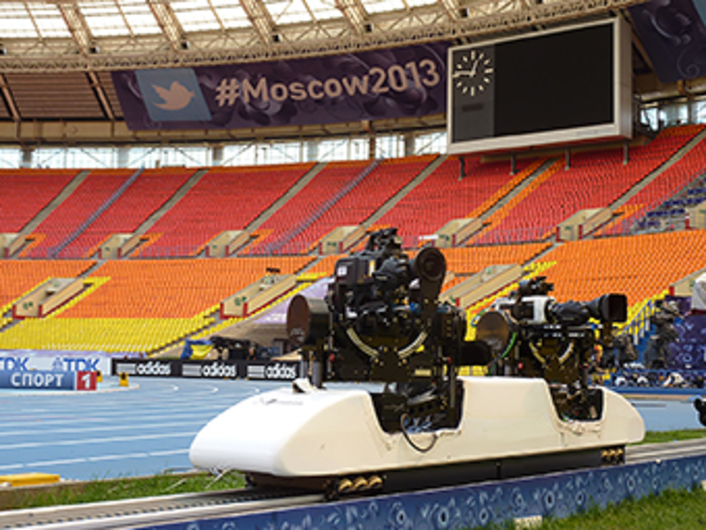 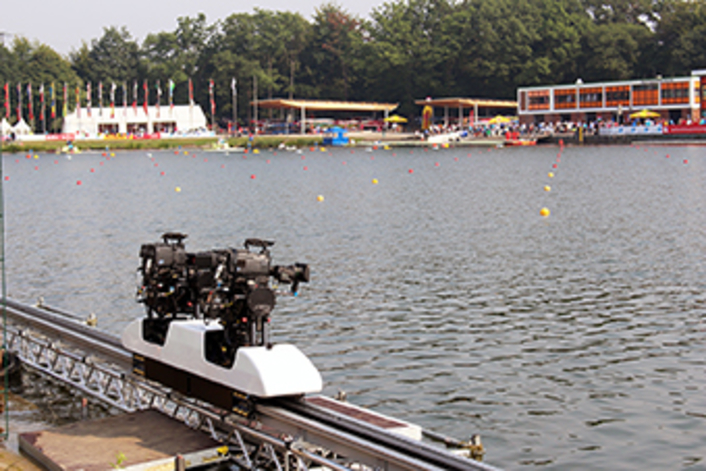 „Three World Championships with one system in two months – it can’t get any better than that“ Daniel Pfleger, CEO RTS Rail&Tracking Systems points out.
Indeed, TrackRunner offers a lot of  advantages: it is suitable for almost any type of camera and remotehead, for example the „double driver“ mentioned above is often equipped with a special slowmotion camera additionally to the standard EB camera unit. At the Canoe WC in Duisburg there were two fully stabilized Nettmann Stab C Compact remoteheads with Grass Valley cameras, one with a 42fold the other with a 22fold lense.

Amongst other special features, TrackRunner runs extremly smooth due to its unique Cable Management System and with a high speed of 13 m/s it is stunningly fast. TrackRunner is suitable  for cornerings on curved tracks and may also  be mounted in an up side down hanging position which makes it an ideal allrounder for any live broadcast event.