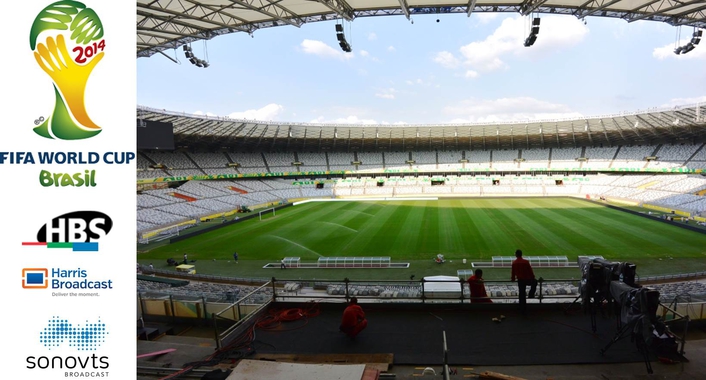 .
Harris Broadcast, a global supplier of content management and network infrastructure serving broadcasters, satellite, MSOs, IPTV, mobileTV and OTT providers, is gearing up for a major tactical support operation at next year’s global soccer tournament in Brazil. The company will support the host broadcaster, HBS, and its prime and technical contractors – Sony Professional and sonovts – with equipment and services.

Harris Broadcast will also provide complete mobile production solutions for the main Brazilian broadcasters and content generators during the games, in addition to supporting regional broadcasters that will cover the games and FunFest events, powering outdoor video screens at each participating venue to entertain fans. In addition, Harris Broadcast's regional support team in Brazil and greater Latin America will be on site throughout the games, and provide pre-event equipment commission, configuration services and operations training.

Earlier this summer, German broadcast systems integrator and international rental company, Munich-based sonovts, returned from Brazil where it had provided one of its revolutionary new fly-away production facilities based on Harris Broadcast technology at the traditional curtain raiser – the Confederations Cup. Next year, this technology will be scaled up to a national level and used at 12 different locations in Brazil to provide high quality venue broadcast facilities at football stadia around the country.

Supporting each fly-away facility – which fits into a single 40ft shipping container - is Harris Broadcast’s new Platinum® IP3 router. “Harris Broadcast is supplying routers, multiviewers, core processors and glue products to the fly-away facilities – in short the backbone of these advanced mobile TV production facilities,” commented Franz Olbert, chief finance officer at sonovts. “One big advantage of the IP3 is that it comes with complete in-built crosspoint redundancy as standard, so we only need one router in each container. Furthermore, the device’s multi-format signalling capabilities, which enable it to accommodate separate video, audio and data paths within the same frame, are very interesting to us. 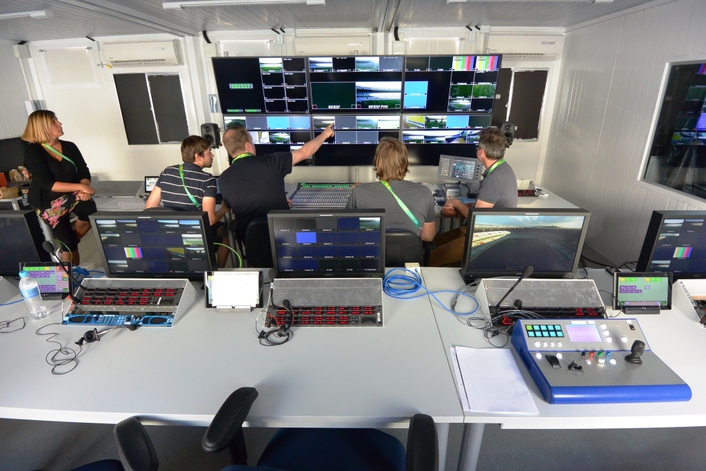 “We were very pleased with the performance of the Harris Broadcast technology at this summer’s Confederations Cup. We have never before taken on a project of the size and complexity of the one we have embarked on in Brazil. We are on the road to Rio – we could not envisage starting this project without the right technology partner. Harris Broadcast will play an important role – it will be a very intense co-operation and we are looking forward to making this journey together,” Olbert continued.

“Next summer, events in Brazil will generate some of the biggest global TV viewing audiences ever. It takes a special type of organization to facilitate this kind of event and Harris Broadcast is tremendously proud to have been selected as technology provider to broadcasters and service providers on several continents,” said Richard Scott, senior vice president, Harris Broadcast. “Whether it is broadcasters and content generators in Brazil or sonovts in Germany, we will provide top level technical and operational services and support through our global network.”

Harris Broadcast is a market leader in content management and network infrastructure serving more than 3,000 broadcasters, cable networks, MSOs and mobile and IPTV providers spanning 140 countries. Harris Broadcast has been awarded 240 patents and has received eight Emmy Awards from the National Academy of Television Arts and Sciences.