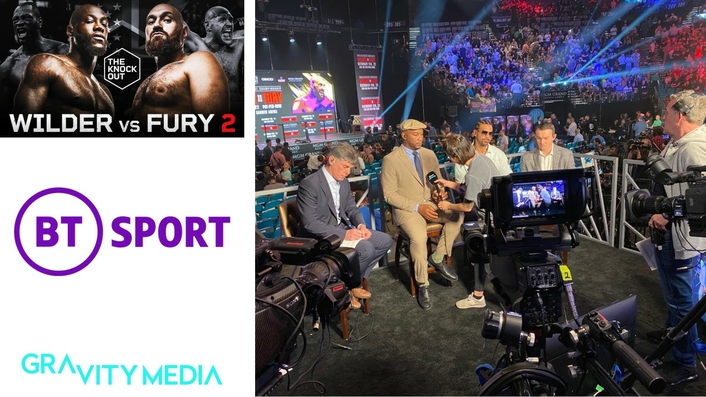 Gravity Media, the leading global provider of complex live broadcast facilities and production services to content owners, creators and distributors, has provided BT Sport’s exclusive PPV coverage of the Deontay Wilder vs Tyson Fury 2 heavyweight title fight. Columbus, Gravity Media’s Los Angeles-based 4K multi-purpose mobile unit, was deployed at Las Vegas’ iconic MGM Grand venue alongside its operational B Unit for the rematch on February 22, which was expected to become the biggest fight this year. This follows the split-decision draw between the Gypsy King (Fury) and Bronze Bomber (Wilder) in December 2018. 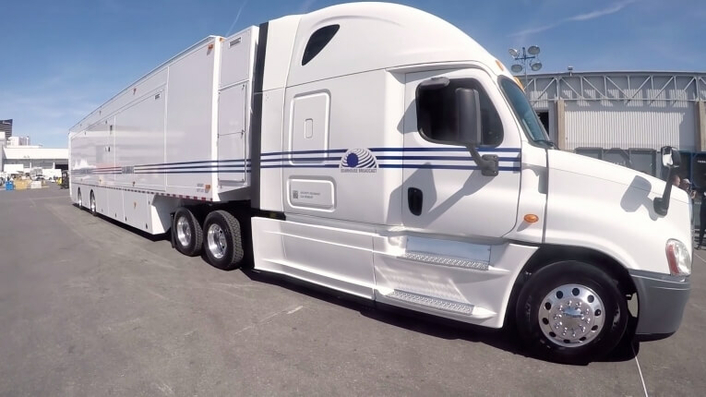 The flexibility offered by its 60ft single expanding Columbus unit, which carries and deploys UK-friendly production solutions, was one of the key attractions for BT Sport when it came to selecting its facilities partner for this project. Tools such as Glensound commentary equipment, and Coles lip mics, combined with an engineering team that’s experienced in UK production workflows involving EVS and intercom particularly, make Gravity Media an ideal choice for British broadcasters operating within North America. Gravity understood BT Sport’s requirements from the outset as the team clearly understood the UK technical language that was being used by BT Sport’s engineers and operations team.

Marc Genin, Gravity Media’s Executive Vice President, added: “Although Columbus was built to serve the North American production market, it can be reconfigured with elements that are preferred in British productions. This means that we can meet the specific requirements of UK content creators such as BT Sport which are covering major events over here without having to compromise on ambition or quality to achieve a familiar feel.”

Columbus is the flagship of Gravity Media’s North American fleet and was the first mobile unit to feature a full 4K monitor wall, one-button hydraulic deployment and integrated RF. It has been used for a range of high-end 4K HDR and UHD sports and entertainment productions in the US.