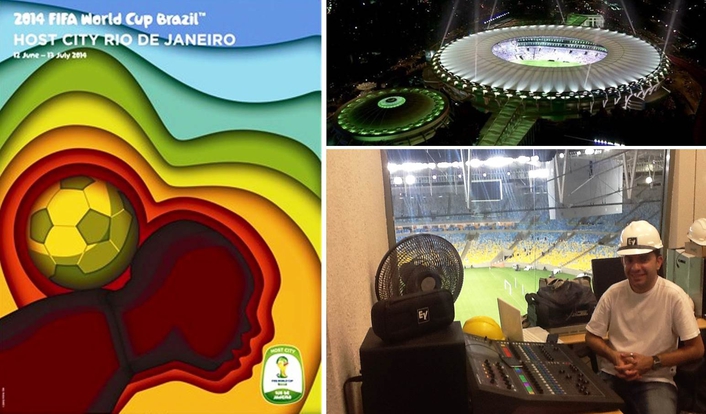 .
An Allen & Heath GLD mixer has been installed in Rio de Janeiro’s Maracana stadium in Brazil. One of the most renowned stadiums in South America, the venue has been closed for a 3-year major renovation, and now includes a GLD-80 mixer at the heart of an EV sound system distributed via a Dante network.

“The main reason we chose GLD was because of Allen & Heath’s fantastic sound quality, reliability and ease of use,” explains Augusto Bergamim, sound manager and system programmer at the Maracana.

The stadium reopened with a friendly match featuring Ronaldo and Bebeto, and has since hosted a friendly match between the national sides of Brazil and England. The Maracana will host world class events such as the final games of the Confederations Cup and the FIFA World Cup in 2014.

The GLD-80 is fitted with a Dante network card and controls audio distribution around the entire stadium through fibre optic cables.