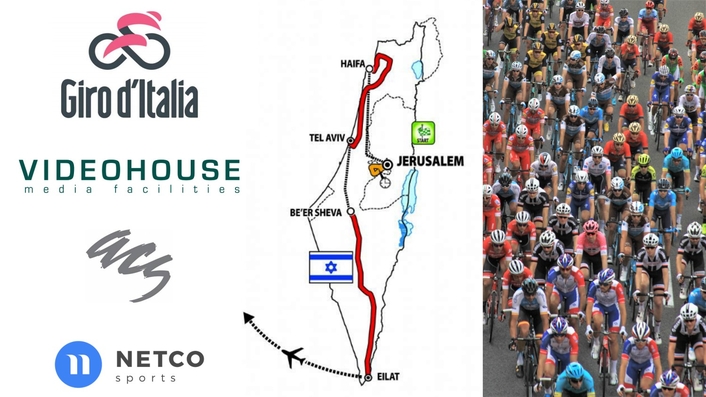 They laughed at Sylvan Adams, a when he came up with the idea of starting one of the world's biggest cycling races in Israel and inviting the Giro race – but it has happened and how!

The first Grand Tour of the year kicked off on 4th May 2018, with the Giro d’ Italia spanning three weeks until 27th May. The cycling action was broadcasted live on Discovery’s Eurosport channels, with Belgian facility provider Videohouse – member of the Euro Media Group covering these thrilling 3 starting stages. It’s the first time ever that a Grand Tour has started outside of Europe and it’s the 13th time that the Giro d’ Italia starts outside of Italy. Also, it was the first time ever that Israel hosted such big international live event using a vast number of RF spectrum to be used for communication, data and TV motorbikes and ACS helicopters. 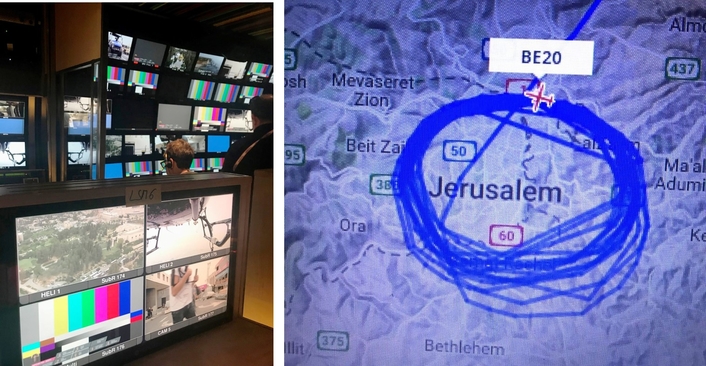 The race covered 21 race stages over a 3 weeks period and Videohouse covered Stages 1, 2 & 3 in Israel from 4th May-6th May. Videohouse shipped out 4 trailers and a team of 45 engineers. “Preparations started mid. 2017 and my first aim was securing the needed wireless spectrum from the Israeli Ministry of Communication and securing a basic flight plan”. said Chris Demeulemeester project manager of Videohouse. 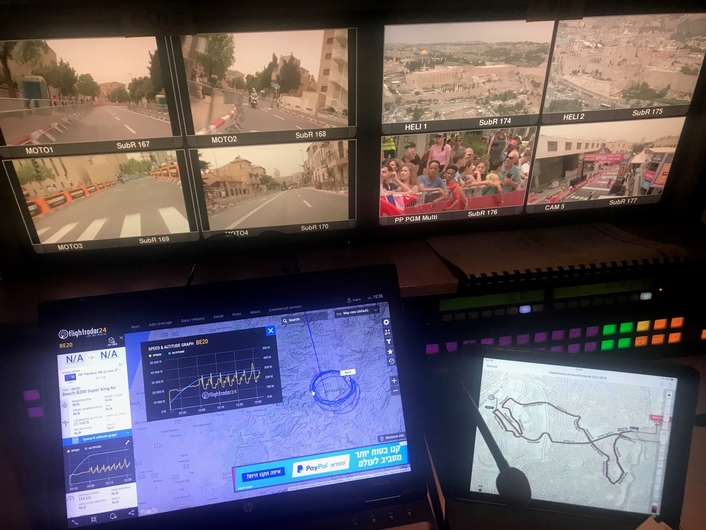 Stage 1 of the 2018 Giro d’Italia was a 9.7 kilometres individual time trial in Jerusalem won by Tom Dumoulin. Both start and finish were close to the walls of Old Jerusalem and between the riders race a rolling and technical course with a number of nasty twists and turns. Euro Media Group award winning aerial unit  - Aerial Camera Systems provided aerial coverage using two HD Cineflex V14s offering live aerials from two Israeli Eurocopters. “All races where covered flag to flag so refuel points where coordinated with local authorities and special open fly zones where created by the Israeli Air Force to free up airspace – even above and around the sensitive areas at the Al-Aqsa Mosque and Western Wall, Wailing Wall,.. “ stated Chris Demeulemeester. Most of the Aerial Camera Systems footage will be used in future touristic content. 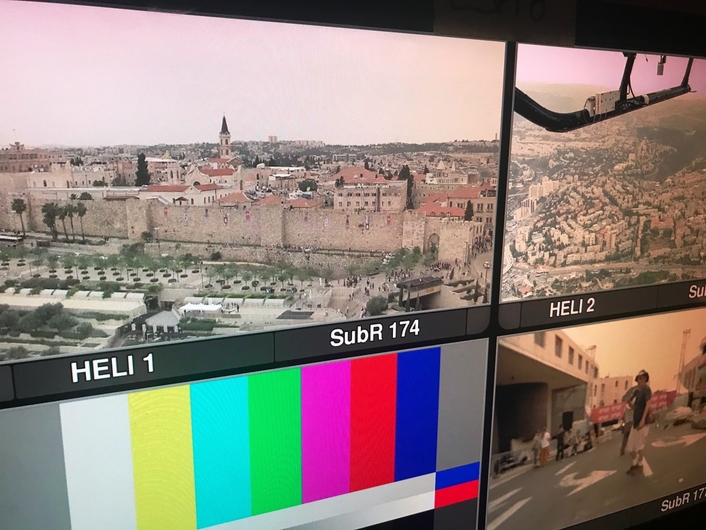 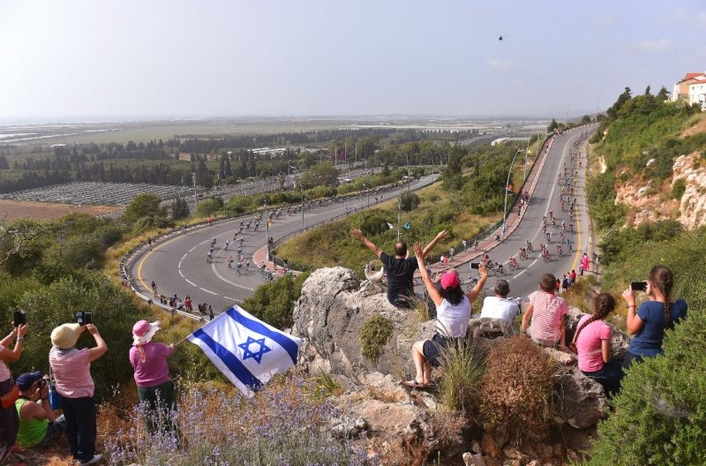 Stage 3 was probably the most complex. Obtaining all needed flight permissions as we had to close down the Eilat International airport for 2,5 hrs so two Cineflex heli’s could pass safely following the last and final sprint. Eilat is geographically surrounded by Egypt and Jordan, again a challenge to clear these airspaces for the fixed wing operating extremely high altitudes. Stage 2 and 3 was won by Italian sprinter Quick Step rider, Eliat Viviani.

NETCO Sports Italy – the Italian branch of Netco Sports – member of the Euro Media Group inserted a 4channel on-screen graphics package with live virtual renderings generated by the Eurolinx TV motor bikes creating virtual overlays, distance and speed measurements. Velon live riders data was inserted and integrated in the total broadcast workflow. Chris Froome was one of these 144 riders whose power, speed, heart rate and cadence Velon tracked throughout the Giro and brought the Team Sky rider's numbers together so fans could see the key biometric numbers on his road to the final stage in Rome.

Videohouse delivered a full broadcast service hosting the entire media workflow.  4 massive TV trucks where shipped via a roro ship to the Ashdod harbour. Daily news and highlights where edited on the flow using Avids AirSpeed sets and integrated EVS network through the OB and redistributed on behalf of IMG MEDIA.